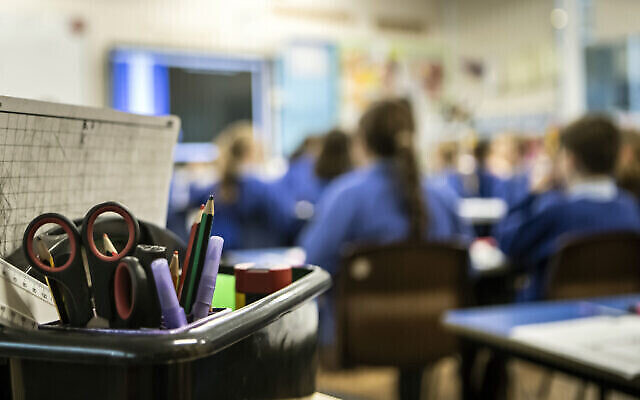 Schools failing to act on antisemitism could face flunking inspections, Ofsted has warned.

Jewish teachers have revealed in recent weeks a surge in antisemitism in the classroom, with some in the profession taking aim at a teachers’ union, the NEU, for failing to support them.

One teacher told Jewish News how pupils competed to stick ‘Free Palestine’ stickers in her hair after they discovered she was Jewish, while another said they would leave their school after being subjected to abuse.

Ofsted, the schools’ watchdog, said antisemitism had “no place” in schools and that it was supporting Jewish teachers affected by an increase in anti-Jewish hatred.

“Where these incidents occur, we want to see schools deal with them quickly and effectively, and any failure to do so will be reflected in our inspection judgements,” a spokeswoman said.

“We also expect a school’s curriculum and teaching to promote equality of opportunity and diversity.”

Pupils’ attitudes to others can form part of a school’s inspection, including students’ ability to “respect difference in the world and its people, as well as know that we all have much in common.”

The warning comes after senior officials at Ofsted met with representatives of Partnerships for Jewish Schools (PaJeS) last week to discuss antisemitism in the classroom.

Community Security Trust, which catalogues antisemitic incidents, said May had the highest number of monthly incidents ever recorded by the charity.

Speaking on the Jewish News Podcast, the CST’s Jonny Newton said: “We know that a significant number of those have occurred in schools, unfortunately, around schoolchildren and also at university campuses, which is different but linked.”

Around 20 percent of all recorded incidents in the past month had taken place in a school, he said.

Teachers in both Jewish and non-Jewish schools have voiced their anger at the National Education Union, which represents teachers, for failing to stand up for Jewish teachers.

At least 25 members of the union had staged a walkout at JFS, citing its stance on Israel-Palestine in recent weeks.

Jewish News understands a meeting is also set to be held today among disaffected former members of the union to discuss transferring their membership to another teaching union.

In response, the NEU has said it is “saddened” to see Jewish members leave, and that it would be in touch with those headed for the exit. “We are saddened to hear of Jewish members who have resigned from the NEU,” said a spokesperson.

“The NEU deplores all from of racism including antisemitism and Islamophobia.”