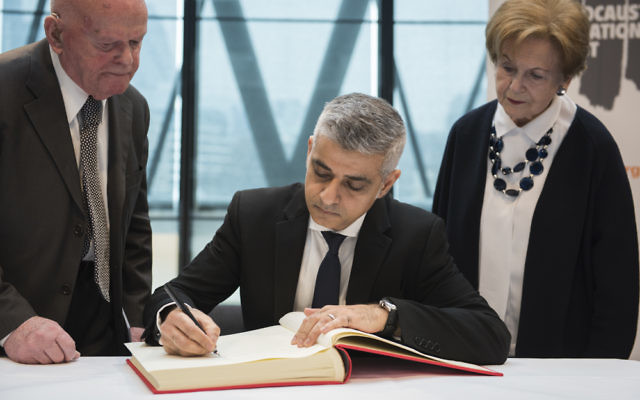 Sadiq Khan has warned of a “ripple of trauma” affecting Jewish communities following a spate of anti-Semitic incidents across Barnet last weekend.

In a wide-ranging interview with Jewish News at the annual Holocaust Memorial Day commemoration in City Hall, the mayor sought reassure Jewish Londoners about their safety following four sickening incidents in north-west London.

Sadiq Khan said: “No incident is too trivial. I want London’s Jewish community to feel confident to report every incident to the police. There is nothing trivial about having a brick hurled through your window or an egg thrown at you.”

He added: “Police are studying CCTV footage from these incidents and patrols in north London, particularly Barnet, will reassure the Jewish community that we’re on their side. We are here for them. It’s not simply the victim who is affected. The ripples of trauma are felt by the entire Jewish community. We’ve got to understand that psychological impact.” 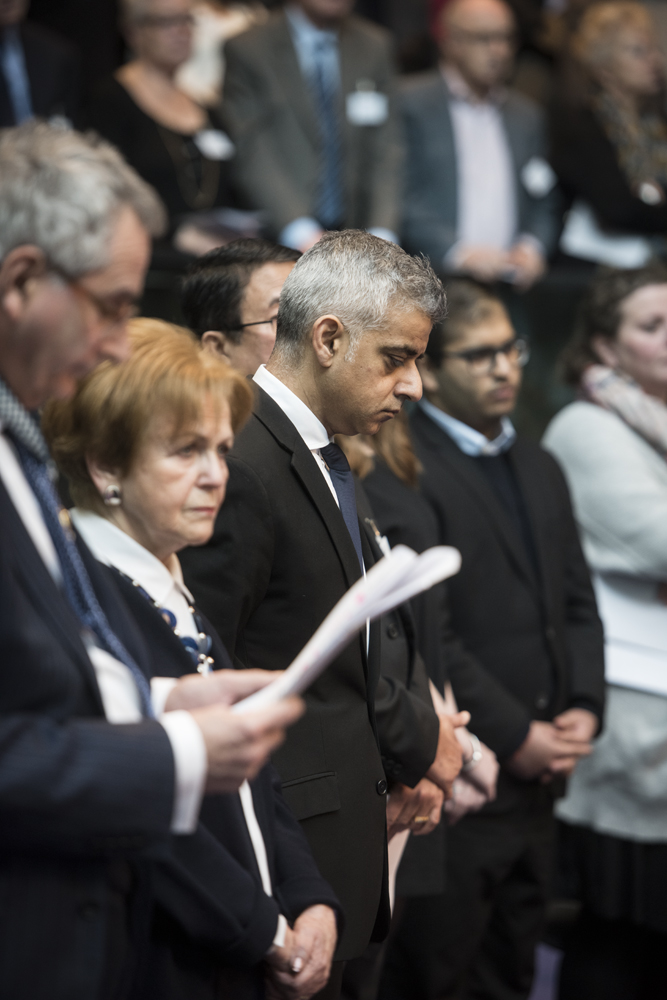 Khan addressed a ceremony at City Hall on Monday, which saw Shoah survivor Mala Tribich light a memorial candle alongside Sokphal Din, a survivor of the Cambodian genocide. Khan also recited a passage from survivor Zigi Shipper’s letter ‘Finding a Family’ and signed the Holocaust Educational Trust’s Book of Commemoration.

Speaking of the importance of Holocaust Memorial Day, the mayor referred to his visit to Auschwitz-Birkenau as “an experience I’ll never forget”, calling it “distressing haunting and moving”.

He added: “We’re privileged to have among us in London survivors of the Holocaust, who can share their stories and that enrich our lives. We must redouble our efforts to make sure nothing like that happens again.”

Khan said it’s crucial we have a “zero-tolerance attitude towards hate crime”, because not addressing small incidents can lead things like the Holocaust”.

Turning to the turbulent relations between his party and the Jewish community, Khan said there is “no place in the Labour Party for racism”, adding: “If there are concerns about anti-Semitism in the party they should be taken seriously.”

Addressing last year’s violent anti-Israel protests at University College and King’s College in London, Khan said: “We have to recognise that if the actions of some people is leading to students feeling intimidated or scared, frightened and not able to be themselves then that is not acceptable.”

After saying he wanted to lead a trade delegation to Israel during his campaign to be elected mayor, Khan reiterated his desire to “explore links with Tel Aviv”, but said it was “subject to timing”.

He added “I’m not sure when we’re going to go, but I’m quite clear, London is a global city. I have been reading about the tech work in Tel Aviv which is very exciting”.