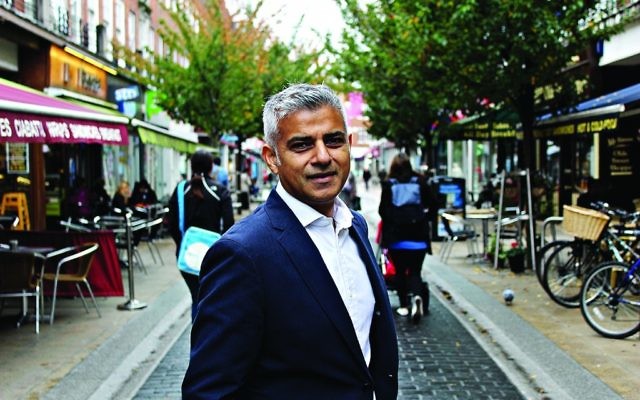 London Mayor Sadiq Khan has condemned all travel bans based on nationality including those of Israelis – just hours before he hosted ambassadors from countries that do just that.

The perceived double standards were highlighted after Khan condemned Donald Trump for his Executive Order banning U.S. entry for people from seven Muslim-majority countries, an action that triggered a wave of global vitriol.

As foreign dignitaries from more than 100 countries rolled up at a Diplomatic Reception at City Hall on Tuesday evening, London Assembly Member Andrew Boff reminded the mayor that many of his guests already ban Israelis.

“I sincerely hope the Mayor will use tonight’s reception to highlight the discrimination faced by Israeli citizens in the eleven countries represented at the event,” said Boff.

“I fully support the Mayor’s condemnation of President Trump’s divisive travel ban but he should also be willing to condemn these countries.”

He added: “Discriminatory immigration policies do nothing but fuel hatred and bigotry in our society and it is important that politicians and world leaders speak out against such ignorant policies, wherever in the world they are being enforced.”

In response, Khan said: “The Mayor believes that any travel ban based on nationality or religion is shameful and cruel. He will use tonight’s reception to call for greater global values of tolerance, diversity and freedom.”

Khan has joined political and communal leaders in decrying Trump’s U.S. entry ban on people from Syria, Iraq, Iran, Libya, Sudan, Somalia and Sudan, all of which are currently torn by war and infighting, causing millions of refugees to flee.

The Mayor will tell ambassadors that Trump’s ban is “discriminatory, self-defeating and completely un-American,” and “risks playing straight into the hands of terrorists and extremists whose overriding goal is to divide people and deceive them into believing that Islam is incompatible with Western values”.