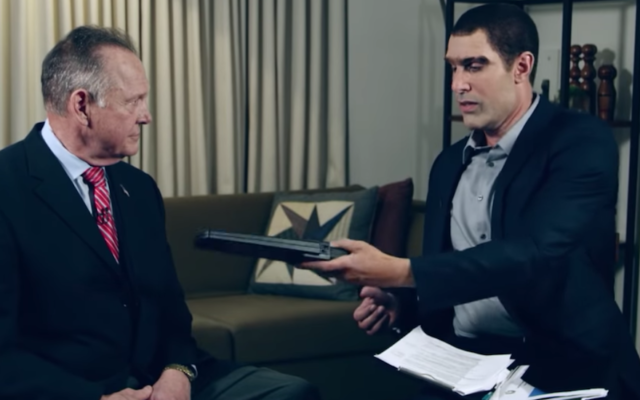 Sacha Baron Cohen has won a legal victory over a US politician who sued him after being tricked into appearing in a TV sketch involving a so-called paedophile detector.

A judge dismissed Roy Moore’s 95 million dollar (£68.9 million) lawsuit against the British comedian and actor over a segment on the 2018 satirical series Who Is America?

Moore, a 74-year-old failed US Senate candidate and former senior judge from Alabama, had been accused of sexual misconduct when he appeared on the show under the pretence of accepting an award for his support for Israel.

Instead, he was interviewed by Cohen in character as Colonel Erran Morad, who waved a device said to be able to detect sex offenders.

When the device beeped, Moore stopped the interview and said: “I’ve been married for 33 years. Never had an accusation of such things. Certainly, I’m not a paedophile, OK?”

The politician sued for defamation and emotional distress but Judge John P Cronan, sitting in the Southern District of New York, has dismissed the case after finding viewers would have known it was a joke.

In a 26-page judgement, he wrote: “Given the satirical nature of the segment and the context in which it was presented, no reasonable viewer would have interpreted Cohen’s conduct during the interview as asserting factual statements concerning Judge Moore.”

And Judge Cronan cited the contractual waiver Moore had signed before appearing on Who Is America?

Moore and his wife Kayla, who was also a plaintiff in the lawsuit, tried to argue the release was void because it was signed under false pretences.

Baron Cohen, 49, reacted to the victory online by referencing the misconduct allegations against Moore, which he had denied.

He tweeted: “Sorry, Roy. Nice try. And this is now part of the legal record: ‘Several published articles accused Judge Moore of inappropriate sexual encounters with young females, including one who was underage’.”

He has faced previous lawsuits but they have also been dismissed due to the subjects signing waivers beforehand.