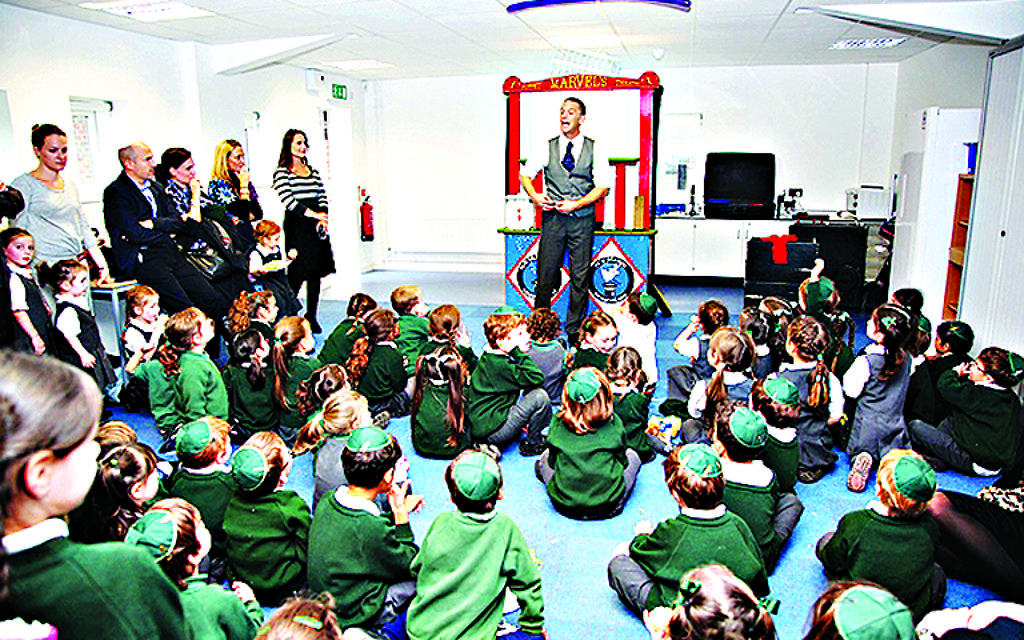 When it first opened its doors in 2011, Etz Chaim Jewish Primary School had just 48 children on its register and was operating from a temporary two-room facility in Mill Hill. And as one of the country’s first free schools – part of the Big Society initiative following the 2010 General Election – it had a lot to prove.

But the one-form entry provision has continued to thrive on the opportunities presented to it as a free school, and now boasts 166 pupils housed in a purpose-built building on two acres of land, with, on average, 65 children on a waiting list each year.

Back in 2007, a strategic review of Jewish schools concluded that there was a greater demand than there was a supply. With new legislation following soon after, which allowed the creation of schools free from local authority control, coupled with a Barnet Council report highlighting a distinct shortfall in school places for Jewish children, the viability of opening a new provision in Mill Hill grew.

“We knew that there was a need for this, but when 400 people attended our first opening evening at Mill Hill Shul, we were quite taken aback,” admits chair of governors Adam Dawson, who led the team that created the school.

“We realised there and then that this was very much something the community wanted and needed, so six of us came together and put the wheels in motion.”

And despite the free school model being the only option open to the team, the advantages were palpable from the outset.

“Ultimately, we have been able to make financial, strategic and educational decisions and have had the scope and freedom to shape the school,” he explains.

“So, for example, we decided that each class should have a teaching assistant, which presents us with a slightly higher staffing bill but we manage our budget and cut the cloth accordingly.

“Similarly, we decided to have 28 children per class as against the 30 you see in traditional state schools. That, too, has budget implications, but it was something we felt passionately about and we had the autonomy to implement. Simply put, we don’t need to follow a blueprint, which has been
of huge benefit to our pupils’ learning experience.”

However, free schools, which are funded by central government, are not without their drawbacks.

“It means that when something goes awry, there is no one at the end of a phone to assist. So when we had a minor flood a few weeks ago, the onus was on us to fix it and pay for it. Obviously we budget for that and have plenty of insurances, but we lose that collective experience and knowledge.

“Then there is the potential to become a little isolated,” he continues.

“Barnet has a number of very good primary schools and there was a tendency to not be in the circle. But we made sure that we built relationships because it’s so important to have other professionals and lay leaders to bounce ideas off.”

So would he recommend it?

“With slight hesitancy I would say yes,” he concludes.

“The only reason for my hesitation is that it has been immensely hard work albeit immensely rewarding, aided by a fantastic team alongside me and the fact that everyone who has touched the school has been outstanding.”

And having been on an incredibly steep learning curve, how does a barrister by profession lead a team of people to create such a wonderful school?

“Forgive the analogy, but if you’re the chairman of a football club, you don’t have to score the goals you just have to know where to find them,” he
explains.

“Our role was to find the right people. So we found the manager and that is our headteacher Yvonne Baron, and then she picked her team.”

Due to be at capacity in September 2017, when the first Year 6 class emerges from the school, Dawson is confident that its future is bright.

“There are no plans to expand at the moment, firstly because I don’t believe there is the demand for us to expand and it’s irresponsible to do so unless it’s viable, and also because for us being a one-form entry school works,” he determines.

“Here everyone knows everyone, it is extremely nurturing and at this size we can provide an outstanding service.

“I am firmly of the belief that if it ain’t broke don’t fix it, so we will simply continue to do what we do and do it even better.”