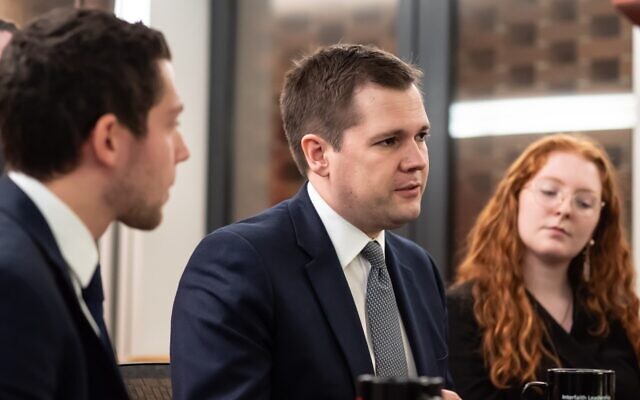 Ex-Communities Secretary Robert Jenrick has accused Bristol University of giving a “free pass” to antisemitism with their failure to act swiftly over the now sacked Professor David Miller.

He also revealed that bosses at the institution “often didn’t reply” to his letters urging them to undertake a thorough investigation.

Speaking at a fringe event at the Tory Conference in Manchester, Jenrick also express concern about the government’s proposed Freedom of Speech Bill telling the audience: “I certainly don’t want to see a Holocaust denier on a university campus citing a piece of legislation produced by this government .”

In one of his first appearances since he was replaced in the cabinet role by Michael Gove, Jenrick drew applause from the audience at Conservative Home’s “Countering antisemitism – a front line in the struggle against extremism” event as he outlined his record of attempting to “root out” anti-Jewish racism.

The MP, who is married to an Israeli and whose children are raised as Jews, said he has always tried to attack antisemites “from the public sector and in institutions.”

Reflecting on Bristol Uni’s decision to sack sociology lecturer Miller last Friday, months after a investigation was launched back in March, Jenrick said:”To think that up to a couple of days ago there was a professor at Bristol University- one of this country’s most reputable institutions – who was spreading conspiracy theories an antisemitism on campus to the very students he was supposed to be protecting.

“And the university who knew this, took months and months to come to the conclusion that this man had no place on a university campus.” 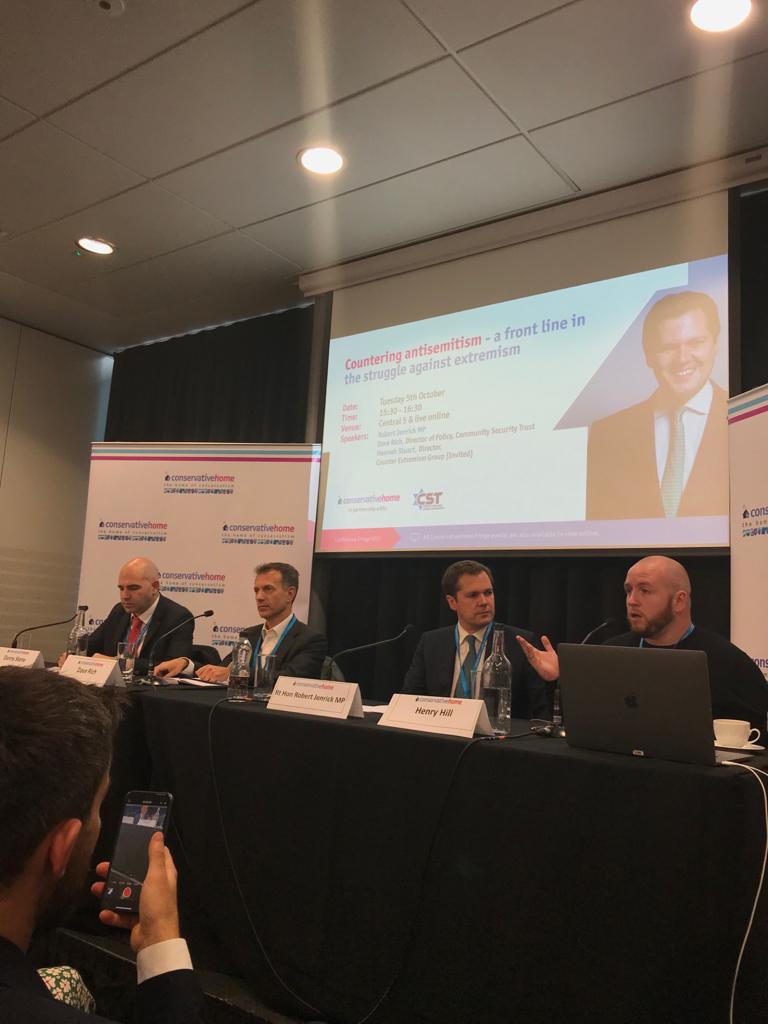 Robert Jenrick at a CPC fringe event with Danny Stone of the Antisemitism Policy Trust and Dave Rich of Community Security Trust. On the right is a representative from Conservative Home

Jenrick then confirmed:”I wrote to the university secretariat repeatedly, and they often didn’t even reply, or they would take weeks or months to send a fob off response.”

The former minister said they fact Bristol finally acted “show we need to have concerted action at universities, in councils, in schools and charities across the country.”

Commending the fact that the Tory government had adopted the IHRA definition of antisemitism, Jenrick admitted there was progress in getting institutions to adopt it also, but admitted “there is clearly more we need to do.”

Tellingly, Jenrick did raise concerns about the Freedom of Speech legislation for Higher Education establishments that had been launched by former Education Secretary Gavin Williamson, before his was replaced in the role.

Echoing concerns raised by the Labour Party and the Hope not Hate charity about the proposals, Jenrick said:”I have concerns about the Freedom of Speech Bill. I think that it is a well intentioned piece of legislation – but it is not clear to me how well designed it actually is.

“I certainly don’t want to see a Holocaust denier on a university campus citing a piece of legislation produced by this government .

“I’m sure it will be subjected to a lot more scrutiny as it passes through its final stages of parliament . I think it needs to so, so we don’t’ make a mistake we regret.”

The Community Security Trust’s Director of Communications Dave Rich also outlined his concern about the rise in antisemitism amongst younger people in the UK, particularly during the latest conflict between Israel and Hamas in May.