An Israeli man looks into a synagogue after it was set on fire during clashes between Jews and Arabs amid violent unrest in the mixed Israeli-Arab city of Lod. Credit: Oren Ziv/dpa/Alamy Live News

Fear and hatred permeate the streets of the mixed Jewish and Arab city of Lod. “Riots, gunshots, sirens, that’s our lives,” says Netanel Cannon, 36, whose parents immigrated from Golders Green back in 1967, told Jewish News. An operations manager at a high tech company,  Cannon is braced for yet more violence. “Prepare for the worst and hope for the best,” he says.

A handful of Arabs stand guard outside al-Omari mosque, the main mosque in Lod, protecting the sacred structure. In its parking lot are remains of five Arab-owned vehicles, apparently torched by Jewish rioters. One of the vehicles, owned by the mosque, transported the dead before burial.

Elsewhere, a Jewish youth blares through a megaphone: “No open season on Jewish blood! Arabs are sons of whores!”

Outside the burned out shell of Ohel Yehuda synagogue, attacked while no one was mercifully present, its Torah scrolls evacuated to safety, Lod mayor Yair Revivo leads afternoon prayers. “There has been 70 years of coexistence here,” he says. “We won’t accept a situation in which the synagogue is attacked.”

Also outside the gutted synagogue is Yoel Frankenburg, 34, who simply tells Jewish News: “We live terrified.” 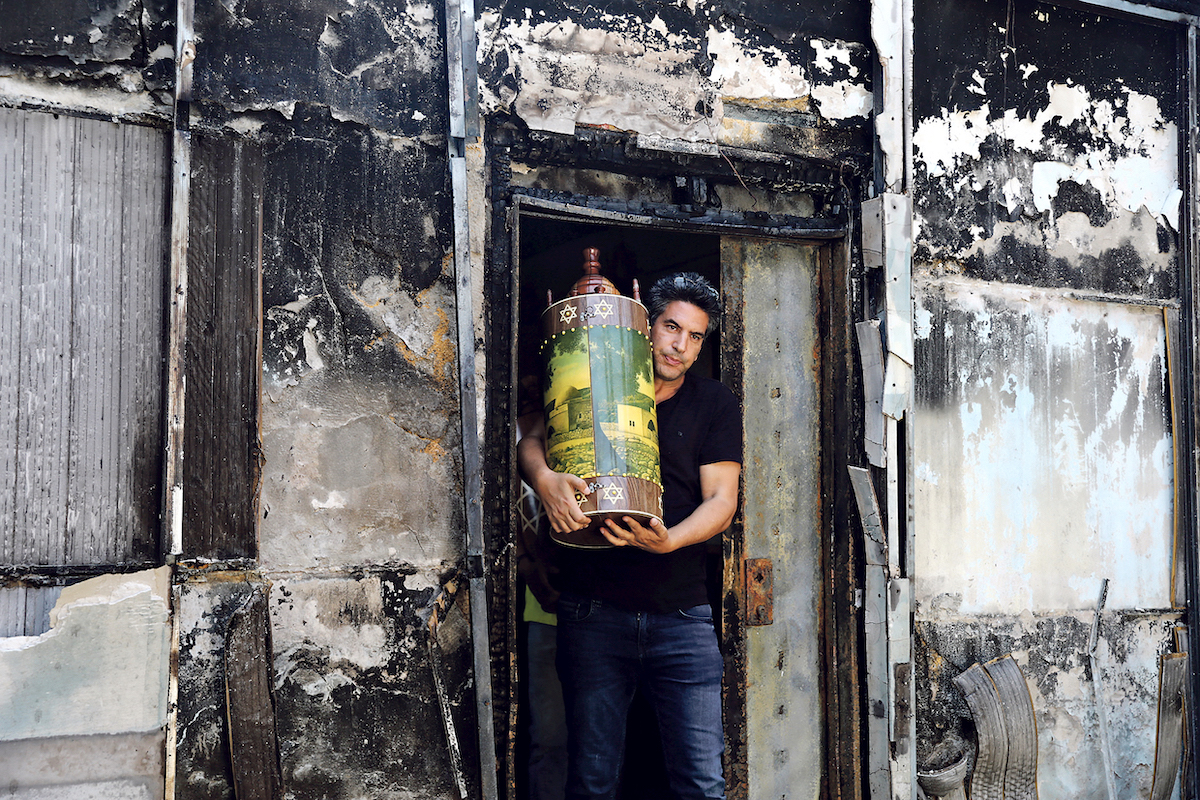 Israelis carry out Torahs from a torched synagogue in the central Israeli city of Lod, following a night of heavy rioting by Arab residents in the city, on May 12, 2021. Photo by Yonatan Sindel/Flash90

Suddenly Arabs from nearby Herzog Street approach Mayor Revivo claiming a Jew pointed a gun at an eight-year-old boy. More Arabs arrive and argue with the mayor and his entourage. The mayor tries to calm them but leaves as tensions spiral. An Arab youth picks up a stone but does not throw it. Two young Jews, their tzitzit hanging prominently, stride ostentatiously through the Arab area. “They are trying to provoke us,” says one middle-aged Arab man.

Israeli police have detained three Jews in connection with the fatal shooting of Arab resident Musa Hasouna, 25. Jews who said they witnessed the incident said Hasouna was part of a mob carrying stones and molotov cocktails as they rushed toward Jewish residences.

Religious-nationalist Jews have been moving into Lod in recent years in a deliberate bid, claim some, to alter its demography and character. Arabs still make up about a third of the population. “We don’t want Jews in Lod,” said one Arab youth. “It’s a Palestinian city.” Yoel Frankenburg, however, who has lived in Lod for 12 years, sees it differently: “Lod is not a settlement. It’s a free city in the heart of Israel.”

Arab residents say they are discriminated against, prevented by zoning regulations from building on their own land and have their homes demolished.

Mohammed Ardis, an Arab carpenter who works in Tel Aviv, says “Many long-term Jewish residents of Lod have left the city. I had many friends among them. They are replaced by settlers who have an extreme way of thinking.” 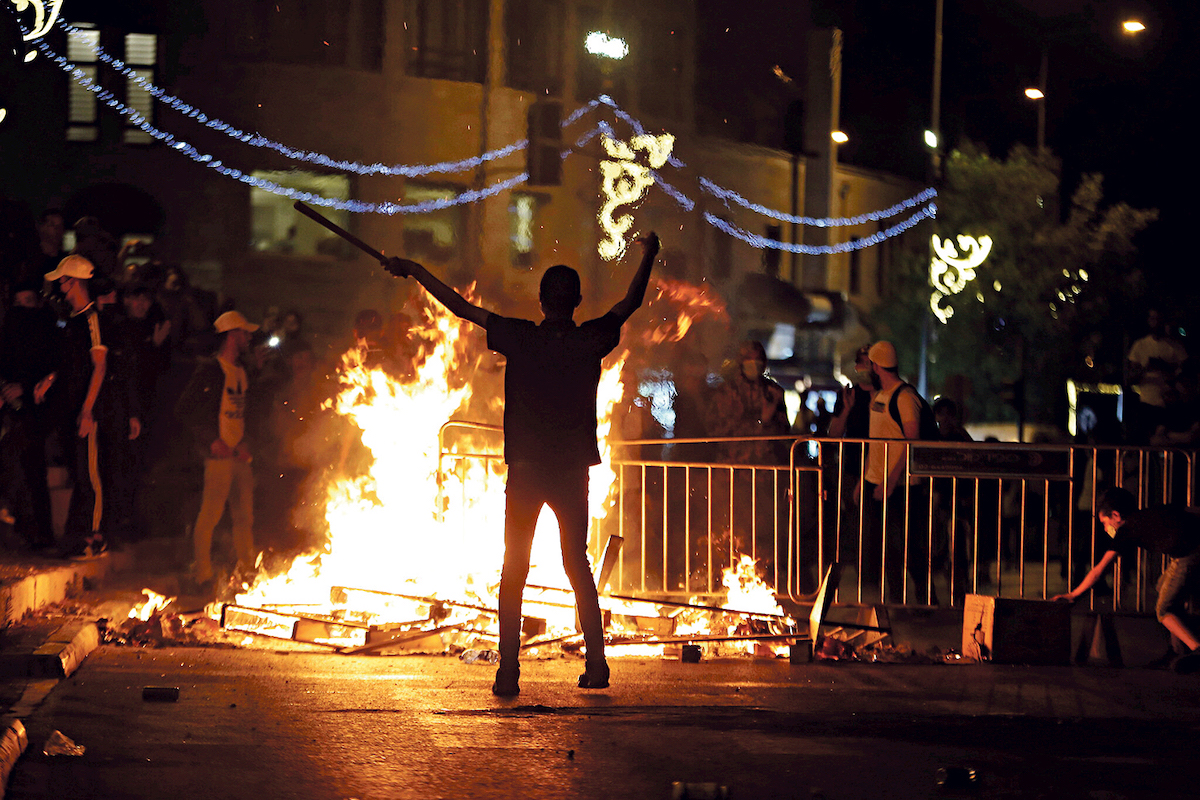 A Palestinian gestures during clashes with Israeli police at Damascus Gate on Laylat al-Qadr during the holy month of Ramadan, in Jerusalem’s Old City, May 8, 2021. REUTERS/Ronen Zvulun

Jewish city councillor Meir Asoulin denies this, saying there are building opportunities and better services for all citizens. “Demolish Arab houses? Who says so? I wish we could.” He tellingly admits.

Another Jewish resident, who asked not to be named, who helped salvage Torahs from the burned out synagogue, says violence by Lod Arabs is a turning point. He says: “Their tremendous hatred of Jews has become clear. I’ve never been so scared, even when I was having rockets fired towards me as a soldier in Lebanon. “

At nightfall the sirens sound once again, announcing more rockets from Gaza. Jewish locals lay their heads down on pavements in accordance with safety regulations. The Arabs, still guarding their mosque, however, remain proudly on their feet.