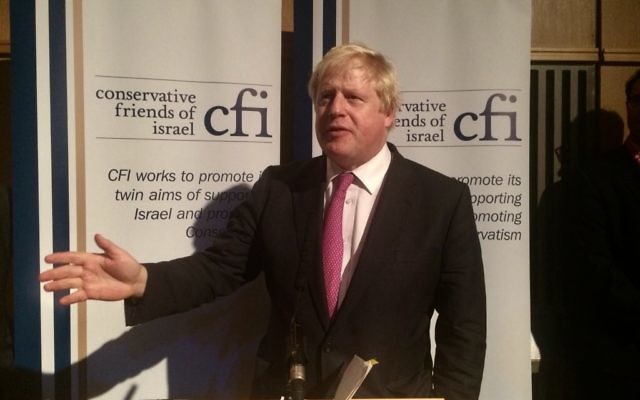 The UK has refused to sign a communique at the conclusion of the Paris peace summit, expressing “particular reservations” about the absence of the two parties to the conflict and claiming the event could “harden positions”.

Around 70 countries attended the parley in France, with many sending ministers. But the UK put forward a lower level delegation headed by Michael Howells, head of the near east department of the FCO, and also including two diplomats from the British embassy in France.

It followed strong condemnation of the FCO by Jerusalem and UK Jewish leaders following its role in the anti-settlements motion at the UN three weeks ago.

An FCO spokesperson said today that the best way to further the two-state goal was through a return to bilateral negotiations which “take account of and confront all of the obstacles to peace and legitimate concerns of both sides.

“Therefore, we have particular reservations about an international conference intended to advance peace between the parties that does not involve them – indeed which is taking place against the wishes of the Israelis – and which is taking place just days before the transition to a new American President when the US will be the ultimate guarantor of any agreement. There are risks therefore that this conference hardens positions at a time when we need to be encouraging the conditions for peace.

“That’s why we have attended in an observer status and have not signed up to the communique.”

President of the Board of Deputies of British Jews Jonathan Arkush reacted the the summit, saying: “Last week at my meeting with Middle East Minister Tobias Ellwood, I expressed my strong belief that the Paris Conference would not further peace process if it did not stress the need for bilateral talks between Israel and the Palestinian Authority. I am therefore glad that the UK Government has made this clear in its statement, and gone further to say clearly that the timing and format of this conference was very questionable, drawing praise from the UK Jewish community and from across the Jewish world. I will be writing to the Minister to express our agreement.”

The statement comes just five days before the inauguration of Donald Trump, who spoke out against the current administration after it failed to veto the UNSC resolution, and after Downing Street condemned John Kerry’s subsequent speech on the conflict.

“We will continue to support efforts to improve conditions on the ground to enable negotiations to resume and look forward to working with the parties, the new US Administration and other countries represented in this Conference to make progress in 2017 and beyond,” the FCO said.

US Secretary of State John Kerry attended the summit but neither the Israelis or Palestinians are present for a parley that Benjamin Netanyahu said was “pointless” and “rigged” against Israel.

The final statement from delegates for the urged both sides to “officially restate their commitment to the two-state solution” and disassociate from voices that reject that goal. It also called on them to avoid unilateral actions. But Jerusalem welcomed the absence of the strongest language used in Resolution 2334 on settlements.

Netanyahu, speaking at his weekly cabinet meeting, started the day by dismissing the meeting: “It is coordinated between the French and the Palestinians with the goal of imposing on Israel conditions that do not correspond with our national needs. It also distances peace as it hardens Palestinians conditions and keeps them away from direct negotiations without preconditions.

“I have to say that this conference is among the last remnants of the world of yore. Tomorrow will look different, and tomorrow is very close.”

Concern has earlier been expressed the summit could form the basis to push for a further UN resolution, ahead of the inauguration of Donald Trump, to compound the anti-settlements motion passed at the end of last year.

But Kerry called Netanyahu from Paris assuring him that the US would prevent any further action at the UN.

Resolution 2334 UN Security Council resolution was backed by 14 members including the UK, with the US taking the unusual decision to abstain.

The UK’s decision to back the UNSC motion was condemned by community leaders. After a meeting with Board of Deputies President Jonathan Arkush last week, Middle East minister Tobias Ellwood said the government “understands and appreciates” communal concerns.

“While I reiterated the Government’s continued belief that settlement building is illegal, I was clear that it is far from the only obstacle to peace and the international community must not forget this. The Government is unwavering in its commitment to Israel’s security and we will continue to call out the scourge of Palestinian incitement and terrorism that blights the lives of ordinary Israelis.

“We will also urge Palestinians and Israelis alike to get back to the negotiating table, so that they can bring about the peace that is so urgently needed. I was also very pleased to discuss the strong bilateral relations between Israel and the UK.”