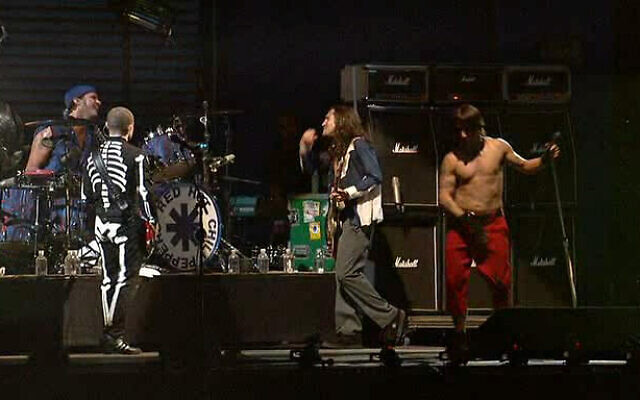 The Red Hot Chili Peppers announced that they will perform in Israel this summer.

The performance in Tel Aviv’s Yarkon Park scheduled for June 10 will come in the middle of the band’s European tour.

The group will headline Funkyard, a new Israeli music festival.

The Red-Hot Chili Peppers last appeared in Israel in 2012, at a concert that brought tens of thousands of fans to Yarkon Park.

During that concert, the band talked about the Israeli-born Hillel Slovak, their Jewish founding guitar player who died from a drug overdose in the early 1990s. Band leader Anthony Kiedis talked about Hillel on stage and yelled, “Hillel Slovak forever!”