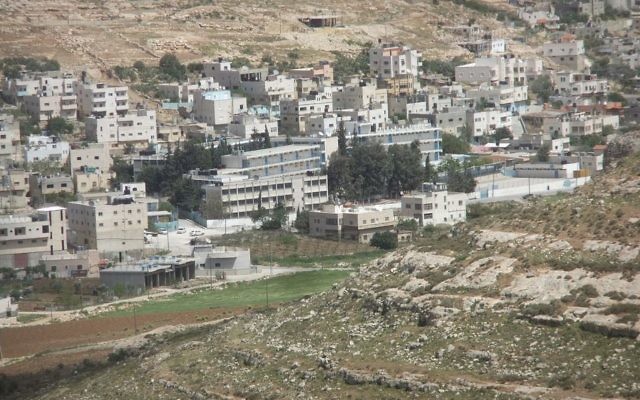 Fawwar Camp in the Hebron district

Is this what all our suffering was for?

I love reading your newspaper from cover to cover. I grew up in north London and benefited immensely from going to school with and living among many Jewish families.

I was very struck by the discussion of Donald Trump in your truly charming newspaper (Jewish News, 17 November). On the one hand, all but one commentator expressed dismay at his election. On the other, all the letters from readers appeared to rejoice in it. One writer even described him as “our moshiach” in a way that did not appear to be ironic.

I found this genuinely shocking and very sad. Is it truly being suggested, without sarcasm, that Donald Trump is the saviour of God’s chosen people? Is it then the case that the Jewish Messiah is a man who talks unashamedly in such a way about grabbing women’s private parts and Mexicans being rapists and criminals? Is Donald Trump the man for whom millennia of Jews have been waiting and suffering? It hardly seems worth it.

Well done on such a brilliant conference!

Your Jewish News conference (on 30 November), was one of the best conferences I’ve ever attended.

I sat through nearly seven hours of excellent debates, talks and appearances from prestigious speakers, such as Tobias Ellwood, Amber Rudd, Dr Moshe Kantor and even a video link-up with Isaac Herzog, who spoke hot on the heels of an important Knesset vote, which preventing him from attending.

Well done for organising such an uplifting occasion. I look forward to the next one!

Lara Smallman writes about animal slaughter practices that have been outlawed in the UK and EU for many years (Jewish News,1 December).

The methods of restraint approved by the rabbinical authorities in the UK adhere to the strict guidelines set by Defra, which ensure the highest standards of animal welfare at the time of killing.

As animal welfare is the number one priority in the shechita process, we are proud that, in the UK, our care and attention prevents many of the abuses that are sadly all too prevalent in the general slaughter industry.

What universe are these trump fans in?

In your edition of 17 November, correspondent Martin Greenberg, referring to a Jewish News article lamenting Trump’s election, writes: “With the Brexit result and the election of Trump as US president, their (the liberal left’s) day is over.” Post-Brexit, UK courts have seen a significant increase in race-related offences. In the US, the KKK has celebrated Trump’s election. I do wonder at the parallel universe some of my fellow Jews appear to occupy, and the holes in which they bury their heads.

Corbyn does it again

Just when you thought Comrade Corbyn couldn’t alienate himself any more, along with Putin, the Palestinian Authority and a few corrupt tinpot dictators, he has heaped praise on Fidel Castro on the announcement of the former Cuban leader’s death.

Apparently he knows better than the exiled Cubans celebrating in America. If you needed to know one thing about Corbyn to convince you he is unelectable (as if there aren’t enough already!), this has to be it.

Forget these silly committees, just call in the police

Of the latest anti-Semitic incident, King’s College Cambridge says “sanctions have been imposed by the disciplinary committee on several individuals”.

There is one clear problem. Sanctions include a confidentiality clause. The university involved therefore says it cannot provide more specific details, as it cannot comment on individual cases. Sanctions can mean anything.

If students are committing violent and dangerous acts, why should they be covered by a confidentiality clause?

One of those attacked in Cambridge claims someone tried to choke him. Why aren’t the police investigating ,rather than a college “disciplinary committee”, which wants to protect the university from bad publicity?

The West Bank in court

In her letter, Roslyn Pine stated: “I have never said one may criticise Israel only if one lives there.” (Jewish News, 24 November). Really? She must have forgotten her letter of 22 September in which she assailed Emily Hilton and Yachad for precisely that reason (re Yachad’s opposition to West Bank settlements).

Or perhaps her letter of 20 October in which she repeated this position. On the substantive issue of the West Bank settlements, did Ms Pine note the Jewish News report of 17 November, of the Israeli government committee now deciding to legalise retroactively 2,000 illegal Jewish settlement homes?

How can Jewish settlements be illegal and yet a supposedly-independent Supreme Court cannot enforce its judgements?

Could it be that Israeli government policy on settlements has actually sidelined the courts?

The reality of Hebron

I was thrilled by your headline ‘Hebron is like apartheid’ (Jewish News, 24 November) – at last, someone focusing on the terrible conditions for Jews there. I was disappointed. Sir Desmond Swayne attacks the Israeli “occupiers”. Hebron was returned to the Arabs after the Six Day War. Now Jews who go to pray risk attack and the few who live there are guarded by police.