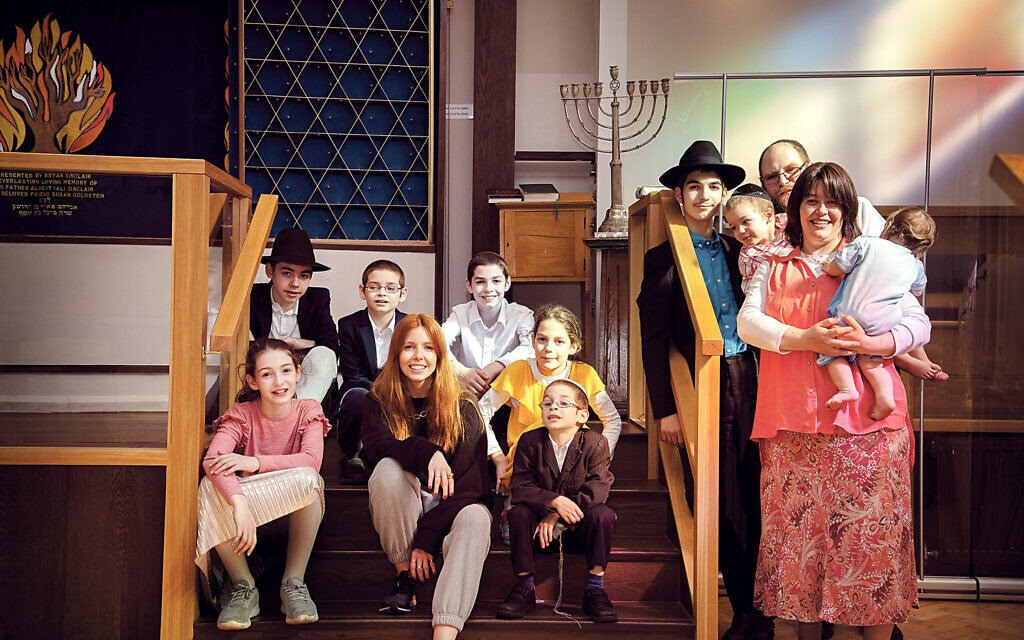 Stacey Dooley pictured with Rabbi Mordechai and his wife Blima, and their nine children, for her new series, Stacey Dooley Sleeps Over

For a man who doesn’t own a television, Rabbi Mordechai Wollenberg has suddenly become a star both in front and behind the camera.

Next Monday, he and his family feature in the latest episode of Stacey Dooley Sleeps Over, while earlier this year he was a religious consultant for the BBC One faith series Being…

The programme is now in its second series and award-winning documentary maker Dooley spends a weekend with a wide range of modern British families, gaining a unique insight into what goes on behind closed doors.

She has spent time with a ‘tradwife’, who has put her own career goals to one side to take on a more submissive, traditional role within her marriage, an eco-warrior family living on a remote Hebridean island and the UK’s homegrown version of the Tiger King, based in Nottinghamshire.

For her latest episode, Dooley discovers more about Rabbi Wollenberg, his wife Blima, and their nine children who are aged between one and 16, at their Essex home.

The rabbinic couple are no strangers to welcoming people into their purpose-built six-bed house and didn’t act any differently – even when the guest this time was a celebrity.

“I think we showed her the same level of hospitality during her stay as we would any other guest who comes to our home. Obviously in this case, the main difference was that she stayed with us for 72 hours and brought a film crew!”

Dooley experienced first-hand what everyday life looks like for a modern Orthodox family of 11 and the Wollenbergs were extremely open to discussing any questions she had about Judaism, including their sleeping arrangements.

For the flame-haired presenter, having that kind of access felt “quite privileged”.

She said: “I don’t think it’s typical for an Orthodox Jewish family to allow cameras into their home. That felt like a real treat in itself, but I just love how relatable, how warm and how honest the family were about who they are and about how important religion is to them.”

Throughout his rabbinical career, Wollenberg has worked in communities with differing degrees of religious observance, and this has given him valuable experience of knowing how to connect with people on different levels.

He hopes the programme shows a different side to the life of an Orthodox rabbi, other than the ones portrayed by Netflix hits Shtisel and Unorthodox.

“It’s often easy for people to make judgements based on our outward appearance. I don’t live in a religious bubble where everyone I know looks the same and thinks the same as me. I hope once people watch this programme, they will be able to see who we are as human beings and what is important to us and why.”

The family thought long and hard about taking part in the series before committing, but ultimately felt it would be a useful way to educate people about their lives. 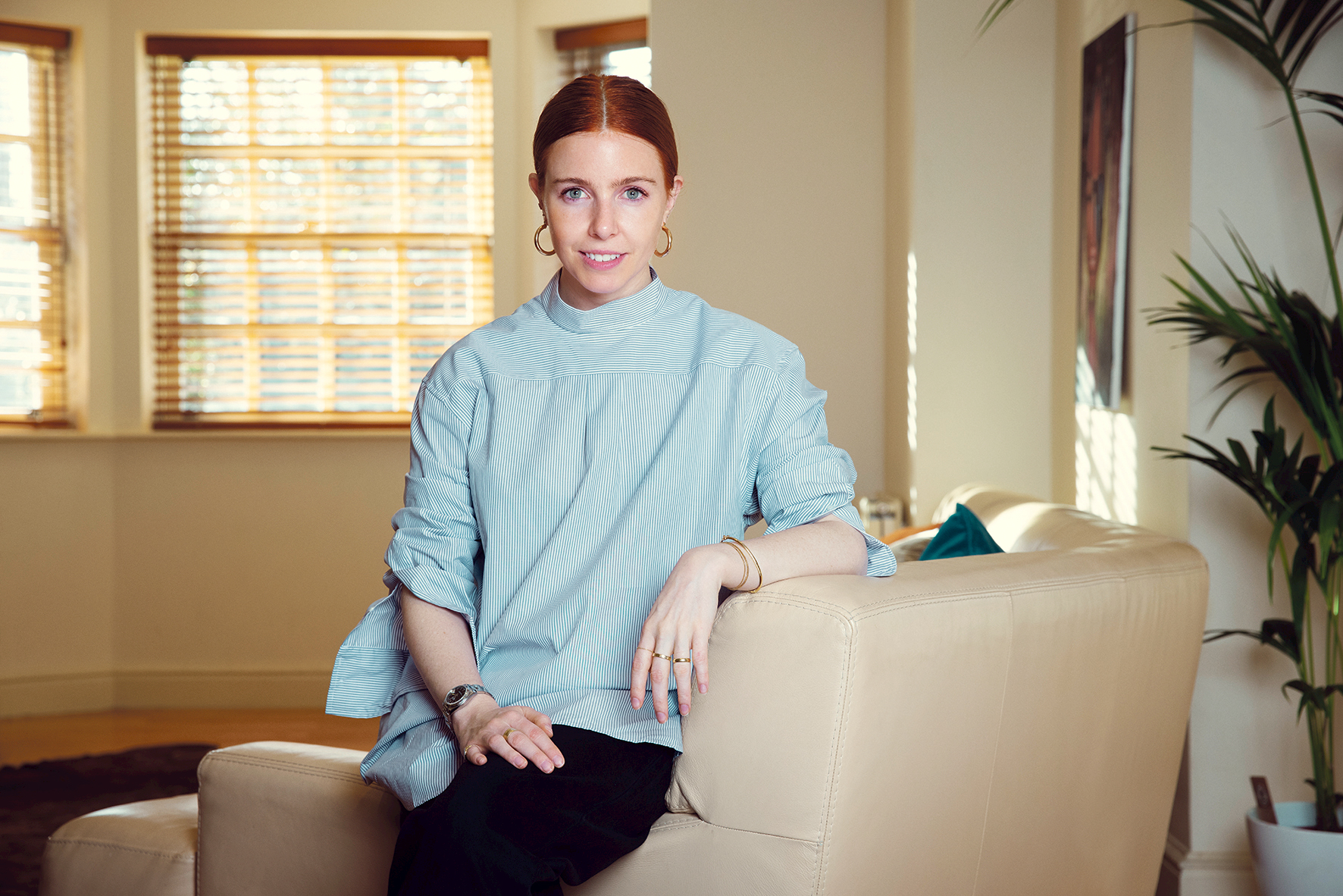 “Judaism is about asking questions and I think it is better that those seeking answers find out from reliable, proper sources instead of seeking knowledge elsewhere that may give misinformation or cause even more confusion and misunderstanding.”

The intimate access Dooley was given also meant she could take her time to bond with the family and ask all kinds of questions – even the more awkward ones.

During the episode, which was filmed during lockdown, Dooley witnessed an incident during her stay in which youths shouted antisemitic abuse at Wollenberg as he returned home.

Seeing this first-hand is something Dooley found upsetting and led her to conclude there is ‘still so much to do’ when it comes to acceptance of others.

For the Wollenbergs, taking part in the series and opening up their world to the presenter over three days suddenly become all the more worthwhile – and gave them an opportunity to “dispel the mystery that often surrounds religion and religious people”.

Wollenberg added: “Stacey was a lovely guest and a real pleasure to work with. “We hope we were able to show the human face of Judaism and Jewish life and to present it in a down-to-earth way, which will help to dispel some misconceptions.

“When people understand the reasoning behind why we do certain things it makes it clearer as to why we do it. Whether they believe the same or not, it at least it gives a foundation to what we do!”

Stacey Dooley Sleeps Over airs on Monday, 10pm on W