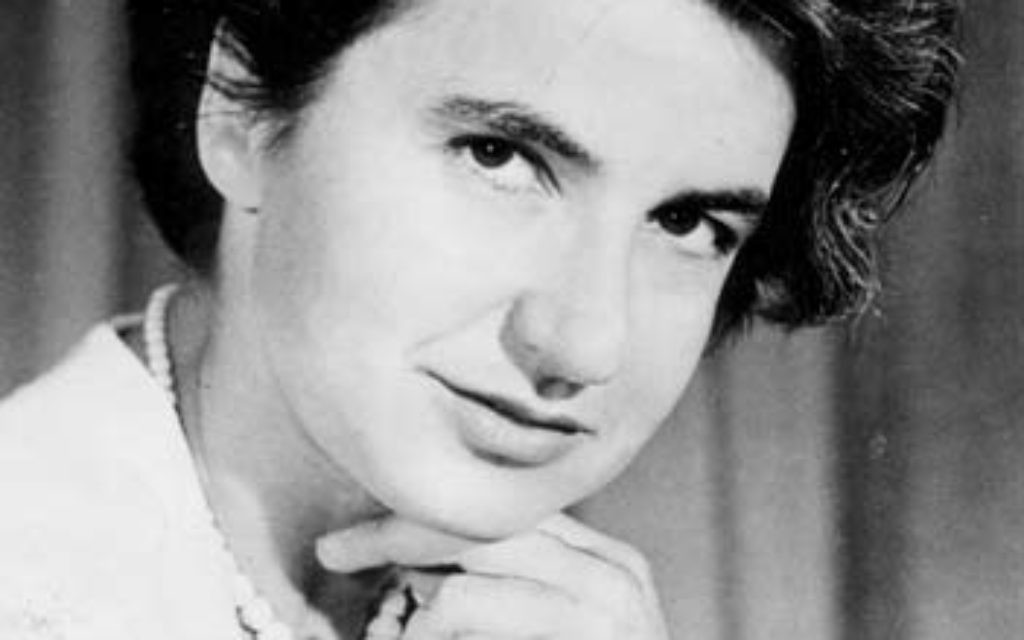 As a new play about pioneering scientist Rosalind Franklin opens in the West End, Deborah Cicurel chats to its writer about making genetics fun and working with Nicole Kidman

Sir Tim Hunt recently hit the headlines for making these sexist remarks in Seoul, losing his job and being branded a chauvinist by legions of female scientists, who shared photos of themselves hard at work in the #DistractinglySexy campaign that trended on Twitter.

Regardless of whether you think Hunt is a sexist pig, or you think his firing was completely over the top, the fact remains the same: sexism still exists in 2015. Especially for female scientists. So imagine how much worse it must have been for Rosalind Franklin.

Franklin, born in 1920, was behind the most important discovery of the 20th century: DNA. Not enough has been written about her; not enough people know her name. A talented scientist whose own father was against higher education for women, she battled the barriers of her time to contribute to the life-changing discovery of DNA.

Now her complicated life has inspired Photograph 51, a new play by Anna Ziegler that is on at the Noël Coward Theatre from Saturday, with Franklin’s tenacious personality portrayed by Academy Award winner Nicole Kidman, named after the striking images taken in 1952 of the structure of DNA. Ziegler, 35, says she was initially fascinated by Franklin’s low profile, despite her immense achievements.

In writing the play, she pored over books such as The Double Helix by James Watson, The Dark Lady of DNA by Brenda Maddox and many autobiographies of scientists who knew and worked with Franklin to try to understand the complicated character behind the immense discovery. “I loved the idea that here was this woman I’d never heard of, who not only played such a huge role in the most major discovery of the 20th century, but was also such a compelling character,” says Ziegler.

The play follows Franklin as she takes on a new job at King’s College in London, immediately entering into a contentious work relationship with a colleague, Maurice Wilkins.

We see struggles against a rival team of scientists, the fracturing of the relationship between Franklin and Wilkins as the race to crack the DNA code intensifies, and the complications life throws at them when love gets in the way.

Ultimately, the question is asked: What is sacrificed in the pursuit of science, love and a place in history? “Franklin was a symbol of independence and industriousness paying off but also of the same qualities – when taken to an extreme – backfiring,” Ziegler says. “I found and continue to find her love of the work and her refusal to participate in a race inspiring, even though, in other ways, she was not an easy person.

Her contradictions fascinate me.” Ziegler, who lives in Brooklyn with her husband and son, says that the fact she is also Jewish helped her feel more connected to Franklin. “Being Jewish was important to her because it was important to her parents, who also happened to be deeply involved in the founding of the state of Israel,” she says. “Her family was also instrumental in helping to bring Jewish children to England during the Second World War. In terms of the play itself, Rosalind’s Jewishness serves as another obstacle, one more thing that separates her from the men at King’s, and makes her alien to them.”

Franklin, who, on her first meeting with Wilkins, was confused for a technical assistant because of her gender, faced prejudices daily. She was not allowed in the men-only university dining rooms, and was excluded from male pubs. “It is hugely important to have strong female lead characters like Franklin,” Ziegler says. “And it’s also important, I think, to show scientists – and female scientists – as human beings.”

This is even more important when you consider the publicity Franklin has got since her death from ovarian cancer at just 37. “History has been fair to Franklin, but that happened in a roundabout way,” says Ziegler. “Her part in the discovery is, at this point, well documented and publicised, but it got highlighted, ironically enough, because James Watson so excoriated her in his book The Double Helix. The resulting outcry brought attention to Franklin’s true role.”

One of the most exciting parts of bringing this play to life, says Ziegler, has been working with Kidman. “It’s been surreal in the best possible way!” she says. “It’s incredible to be in the room with her, rehearsing a scene, and forget for a minute who she is because she’s digging deep, just as the other actors are, humble in the name of figuring out the play and making it better. Her instincts for the part are terrific… I think it will be quite exciting.” But surely it must have been a challenge to make a play about genetics truly theatrical and entertaining? “I thought it would be, but the science actually offers so much poetry and theatricality to the story,” says Ziegler, who has also been working on a screenplay of the production.

“There will be great acting, a gorgeous set, and a really dynamic staging of an engaging, funny and moving play about the discovery of the secret of life – which might or might not be DNA!”

• Photograph 51 runs at the Noël Coward Theatre from Saturday until 21 November. Details: www.delfontmackintosh.co.uk/Tickets/Photograph51