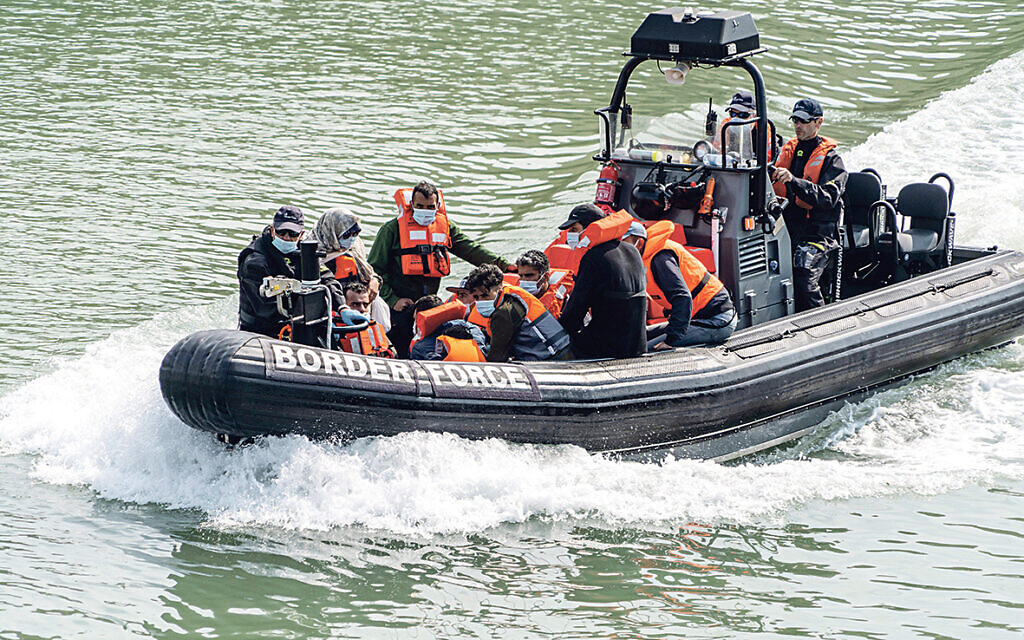 Last week, among all the excitement over Euro 2020 and debates on ending Covid restrictions, a very worrying new bill was being introduced by the government.

One that, if it were in place in the early 20th century, may have stopped our grandparents and great-grandparents escaping persecution and finding refuge in the UK.

The Nationality and Borders Bill will be debated in Parliament as you’re reading this. It states that, from now on, those seeking asylum in the UK will have their status decided not by the persecution or suffering from which they have fled, but according to how they got here.

This means thousands of people who would be accepted as refugees in the UK today will no longer be given safety should the bill become law.

Some could be criminalised and put in prison for up to four years, while others would be held in ‘reception centres’ offshore for their ‘temporary protection’ – with the aim of moving them to so-called ‘safe countries’.

The government hopes its legislation will break up smuggling networks, but it is actually punishing the vulnerable people who are seeking our protection after fleeing war and tyranny.

It all amounts to the most far-reaching and concerning changes to the UK’s asylum system for years. There are two reasons why we, as Jews, should care.

First, from our own experiences. Most of us are only here today because Britain, or another country, gave our ancestors safety and shelter. We should now not turn our backs on those in that position today.

Second, because of our values. At the very core of our Jewish identities are the values of justice and fairness. As our Torah often reminds us: “You shall not wrong a stranger or oppress them, for you were strangers in the land of Egypt.”

Liberal Judaism has been working with JCORE (the Jewish Council for Racial Equality) to fight these plans and I urge you all to do the same.

The government has a large majority, but there is opposition within the Conservative Party and also the House of Lords, fantastically led once more by Lord Alf Dubs.

By making our voices heard and putting our Jewish values at the centre of the argument, we can help protect today’s refugees – just as those who came before us were once protected.