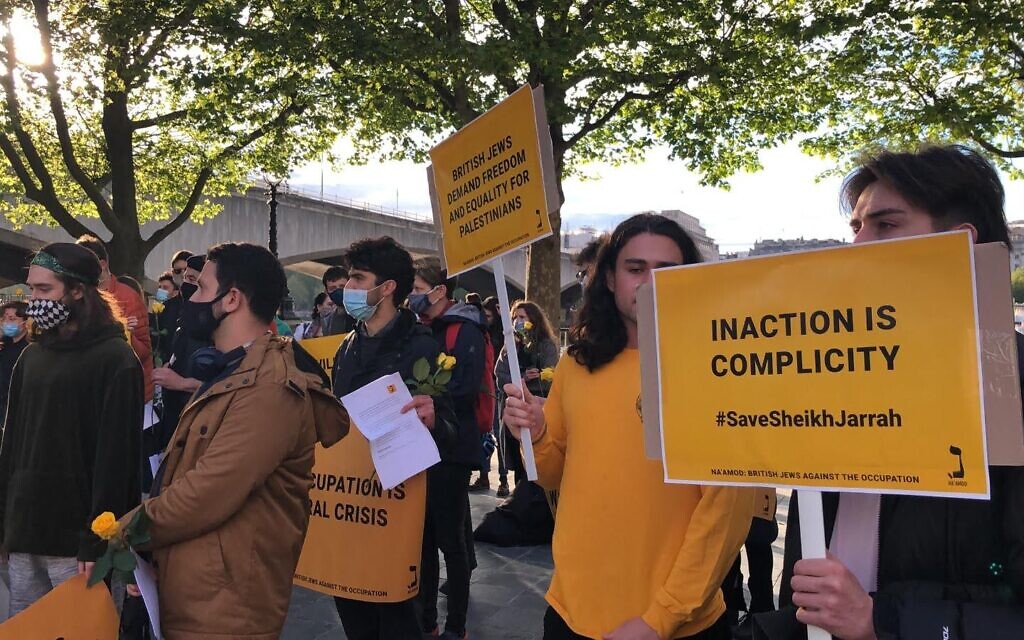 Na'amod protest in London against Israel's military action in Gaza, and for Palestine

One thing I have heard more than anything over the past week, from my fellow rabbis and those in leadership positions across the Jewish community, is a feeling of paralysis when it comes to speaking about the situation in Israel and Palestine.

People who are usually brave and articulate feel silenced by the abuse inevitably levelled at anyone who says something that is considered wrong.

While I understand people on both sides feel they own the moral high ground, the deliberate attempts to shame, humiliate and intimidate others is not acceptable.

I am a religious progressive Zionist who supports a two-state solution with a free and prosperous Palestine, one that could be a good neighbour to Israel. But I also know that there is no easy solution.

In 2021, Israel finds herself continually berated and often friendless.
She is the subject of constant discussion, UN resolutions and media
speculation. So, I understand why there are some people who argue that, as Israel has enough distractors, we, as Jews, must instead give the country our unequivocal support. I get it, I really do.

But this move to try to prevent those Jews who want to criticise Israel from feeling comfortable in doing so, the attempts to try to silence even those who do so from a position of love and support, is not the way.

I am saddened that too often I have heard genuine thoughtful Jewish critiques of Israel being labelled as self-hating Jews and Israel bashers.

It happens the other way as well. I have seen those who speak out in favour of Israel met with shaming and name calling, being told they have a lack of morality and support a racist agenda.

I cannot believe such threats and shaming do anything to change another’s mind; rather it entrenches some and buries others in fear and silence.

We cannot talk the words of peace and expect it of others while we ourselves cannot show that we really believe it.