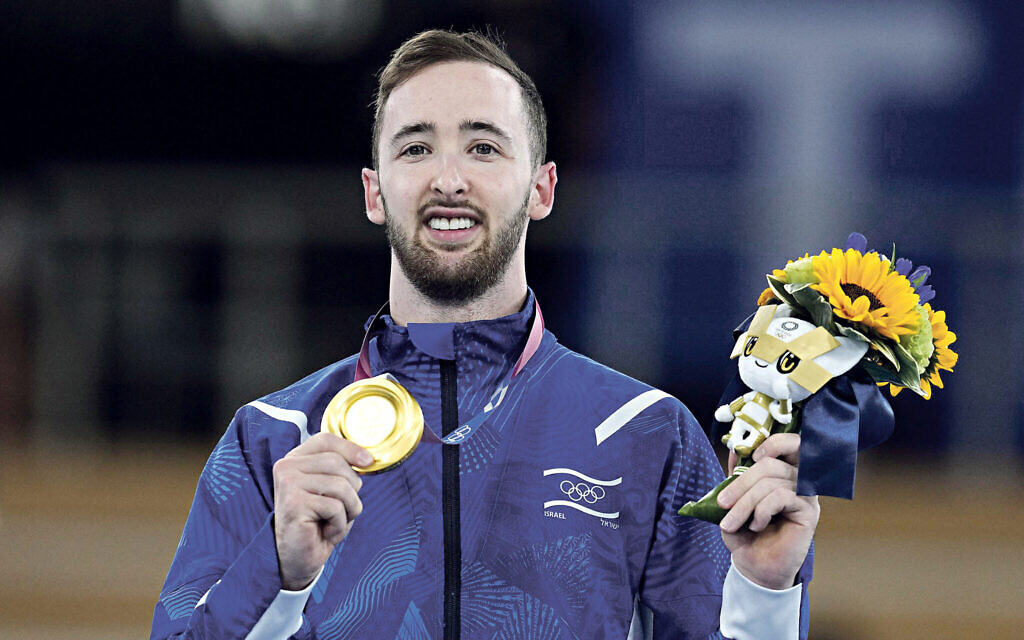 Artem Dolgopyat with his gold medal

Yet what a painful irony emerges when that same national hero is not “Jewish enough” to get married in that Jewish homeland, in the country to which he gives so much pride.

It is a shameful fact of the stronghold that the Orthodox Rabbinate has over Israeli politics that Dolgopyat is subject to such prejudice.

The 24-year-old, who immigrated from Ukraine aged 12, is engaged but cannot be married in Israel because the Orthodox rabbinate say he is not Jewish. Only the father’s side of the Dolgopyat family is Jewish. Artem’s fiancée was interviewed on Israeli TV deliberately, and defiantly, flashing her engagement ring to the camera.

Reform Judaism in the UK began to articulate a few years ago what it means to inherit one’s Jewish status from either parent in an egalitarian way. And now a person living a Jewish life, who wants to be considered Jewish, can confirm their inherited Jewish status according to the Movement for Reform Judaism when either the mother or the father is Jewish.

Let us hope that Dolgopyat’s Olympic gold success will reignite the debate in Israeli society. The State does not at the moment offer civil marriage ceremonies and, remarkably, it prohibits Jewish weddings conducted outside the auspices of the Chief Rabbinate, despite the thriving Reform communities in Israel.

This means that children who have grown up, and marked becoming bar/batmitzvah with their community rabbi, cannot stand under the chuppah with that Reform rabbi presiding over their ceremony. Reports suggest a growing number of Israelis support instituting civil marriage and their voice is growing louder year by year.

With the new Israeli government promising reforms to religious policy, it will be interesting to see if and perhaps when they decide to include ending marriage restrictions in their political agenda for the future. I long for a time when Dolgopyat can wear gold medals around his neck and a gold wedding band on his finger.