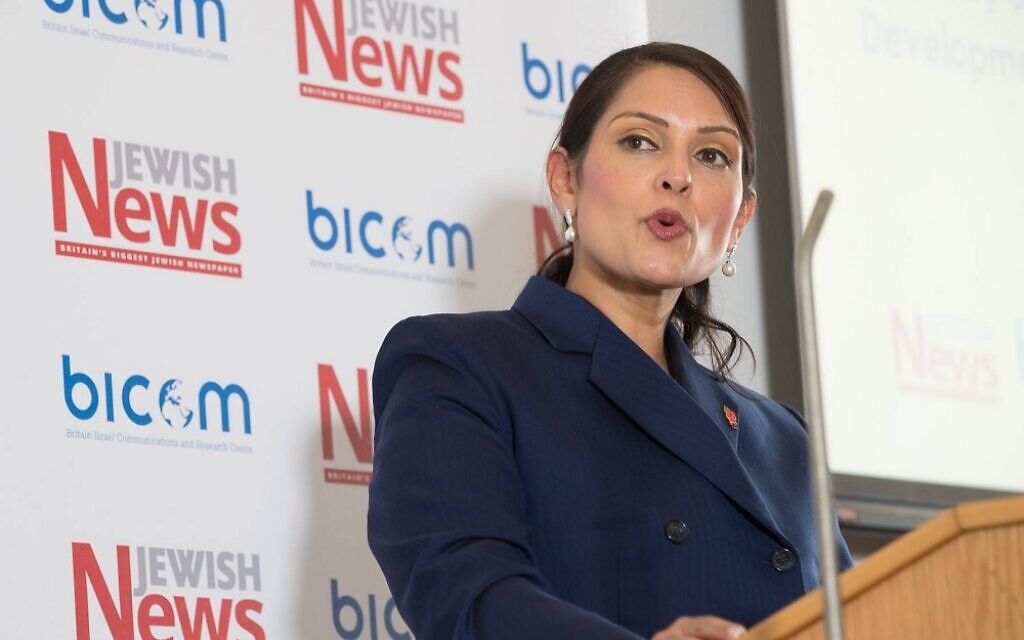 Like many people, I have been distressed to see the escalating violence and loss of life in Israel and the Occupied Palestinian Territories. The UK Government has been clear that all sides must avoid civilian casualties, work to de-escalate the violence, and find a political pathway to peace.

Understandably, many have strong views on the conflict in the Middle East. But the appalling examples of antisemitism we saw in London over the weekend are never acceptable. This includes the reprehensible threats of rape against Jewish women that were bellowed out of a car window in St John’s Wood.

These incidents are rightly being investigated by the police and they have my full support in taking the toughest action against those responsible.

For the UK’s Jewish community to be subjected to horrific racism is completely unacceptable.

But I know this is not just about antisemites cynically using current events to justify and spew their hatred. According to Community Security Trust (CST) figures, there were 1,668 antisemitic incidents in 2020, despite the nation being under lockdown for much of the year. In addition to violent attacks, the daubing of offensive symbols on synagogues and the desecration of Jewish cemeteries, we are also seeing a deeply worrying rise in online antisemitism. Social media sites are awash with dangerous anti-Jewish tropes and conspiracy theories.

As Home Secretary, I take a strong stance against antisemitism and hate crime of all forms. No one should ever have to fear persecution simply for who they are.

I want to assure our Jewish communities that this Government is absolutely determined to tackle hate crime and ensure offenders face justice.

We have some of the toughest laws to deal with hate crime, and through our most recent strategy we have worked hard to encourage victims to report incidents to the police so they can go after perpetrators. The Government works closely with Jewish community groups, as well as police and prosecutors, so we can respond quickly to emerging threats and address concerns.

I want to assure our Jewish communities that this Government is absolutely determined to tackle hate crime and ensure offenders face justice.

We know we must continually adapt our approach according to the changing picture on the ground and what we are hearing from Jewish communities. That is why the Prime Minister appointed Lord John Mann as the Government’s independent advisor on antisemitism to provide advice on the most effective methods to tackle this scourge.

We have also agreed to provide £14m this year to protect Jewish schools, synagogues and community buildings. This funding helps to provide security guards as well as other protective measures to keep Jewish people safe.

Tackling the evil of antisemitism requires everyone to play their part. There is far too much racist bile on social media platforms. Unfortunately, there are also high-profile figures who have used their platforms to spew hate to their millions of followers. I strongly condemned the Twitter posts from grime artist Wiley, in which he spread ugly stereotypes about Jewish people. I was pleased to see Twitter and others permanently suspend him from their platforms.

There is far too much racist bile on social media platforms. Unfortunately, there are also high-profile figures who have used their platforms to spew hate to their millions of followers.

It is vital the technology firms play their part. They cannot turn a blind eye to the racism and hatred hosted on their platforms. Our Online Safety Bill will hold companies to account on tackling illegal activity and content on their platforms, such as hate crime and harassment. Firms that fail to comply can face fines of up to 10 per cent of their annual turnover.

Across the U.K. British Jews are integral to our communities, which is why it is shameful that in the 21st century, this wonderful community faces the hatred and intolerance we witnessed over the weekend. There is no place in our country or society for racism and we will never give up our fight to eradicate antisemitism from our society.