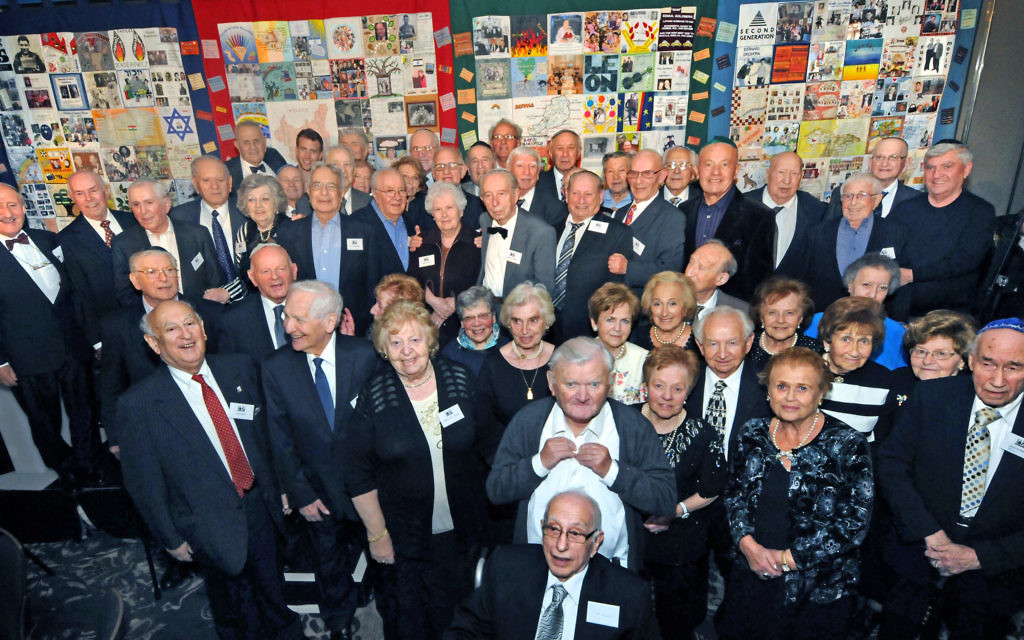 'The Boys' in front of the newly Present Quilt

‘The Boys’ in front of the newly-presented quilt’

Prime Minister David Cameron sent warm messages to the 45 Aid Society on Sunday, as the charity celebrated the 70th anniversary of the arrival of “The Boys” in Britain.

The event was attended by 630 people, survivors and members of the second and third generations, the biggest reunion ever held by the society.

In a short film made for the dinner, high-profile tributes to the work of the 45 Aid Society popped up like sweet treats.

They included a message sent three years ago by the Queen to mark the 50th anniversary of the founding of the society. Other contributors included actor and writer Stephen Fry, London mayor Boris Johnson, and the Desert Island Discs presenter Kirsty Young, who had the 45 Aid Society founder, Ben Helfgott, as one of her guests.

In his message, Mr Cameron said: “In this anniversary year, I know there will be times of great sadness and reflection as you remember the families, homes and childhoods so brutally taken from you… but we should also celebrate the remarkable lives you have lived and I want you to know just how proud we are of all that you have given to this country, your adopted home”.

The Prime Minister pledged to keep alive the memory of the Holocaust – “today, tomorrow, and for every generation to come. You have shown the most extraordinary courage to share your testimony so that we should never forget.”

The government has earmarked £50 million towards a permanent national Holocaust memorial and learning centre, due to be opened in 2017. Three separate sites are understood to be under consideration by the UK Holocaust Memorial Foundation, chaired by Sir Peter Bazalgette, who was the guest speaker at Sunday’s London dinner.

Members of The Boys (’45 Aid Society) gather to celebrate 70 years since they were rescued from the Nazi camps pic.twitter.com/33GTJTpt5r