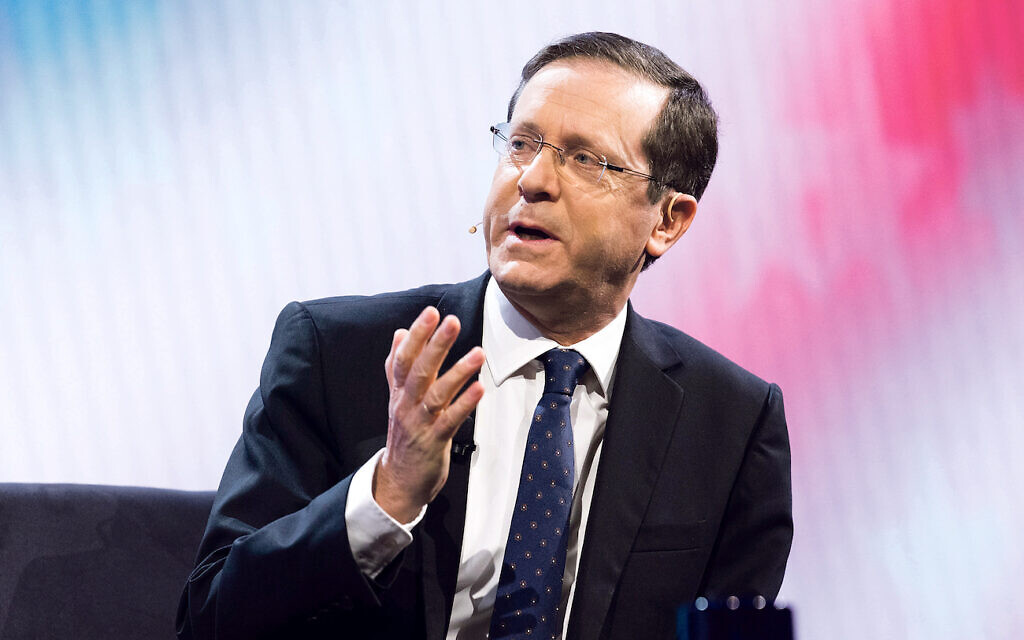 “Man is but the imprint of his native landscape.” So wrote the great Hebrew poet Saul Tchernichovsky, but I respectfully disagree. We are also made in the image of our families’ landscapes. In my case: Britain.

On Sunday, I shall land in London with my wife Michal for my first visit as the President of the State of Israel. In my diary are meetings with Prime Minister Boris Johnson, a cross-party delegation of MPs, and leaders of the Jewish community, as well as a Genesis Prize Foundation event paying tribute to the late Rabbi Lord Jonathan Sacks.

But for me, this visit also has a deeply personal dimension.

This visit to Britain is in many ways a homecoming, because my family’s story is interwoven with the story of Britain and its Jewish community.

My father, the late Sixth President of the State of Israel, Chaim Herzog, was a British Army major, who helped to liberate Bergen-Belsen. His father, Isaac HaLevi Herzog, was the chief rabbi of Ireland; my great-grandfather, Joel Leib Herzog, was a rabbi in Leeds. My grandmother Sarah Hillman grew up in Glasgow. Her father, Dayan Shmuel Yitzhak Hillman, was the rabbi of Glasgow, served on the London Beth Din, and cared for Belgian-Jewish refugees during the First World War. My uncle Abba Eban, Israel’s legendary first ambassador to the United Nations, also grew up in London and studied and taught at Cambridge. Another uncle, Dublin-born Yaakov Herzog, was our ambassador in Canada. I also have many family members from my mother Aura’s side in Britain. 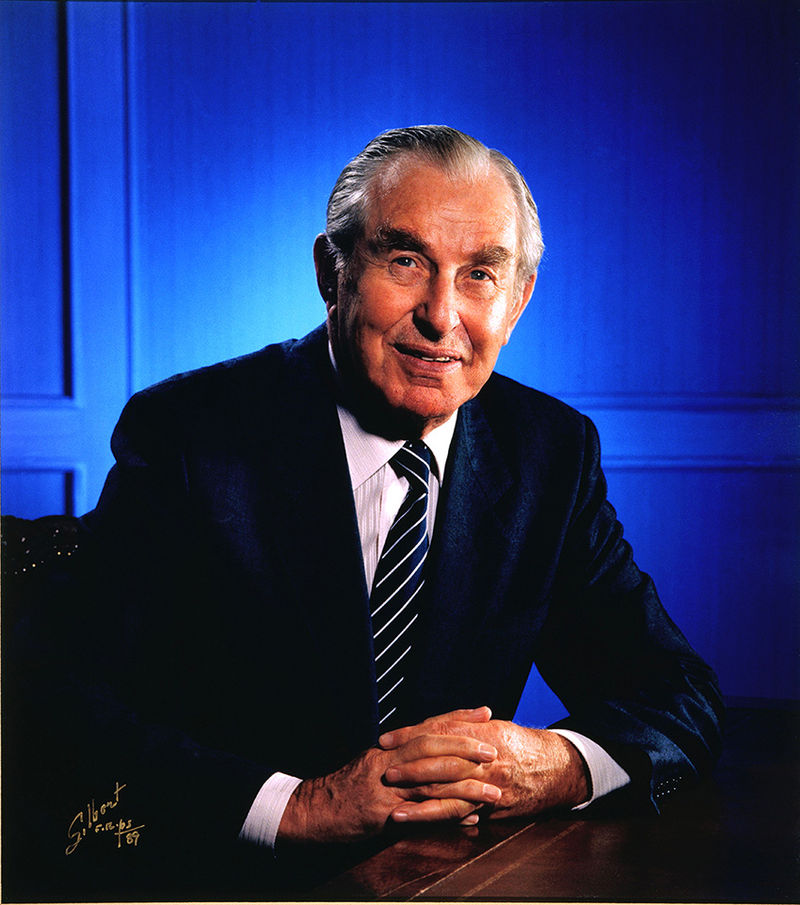 I grew up on their stories and memories. Their history, and the gentle rhythms of this green and pleasant land, are with me every day. The Jewish world is one large, extended family, and for me, British Jewry is a first-degree branch.

Tolerance, decency, civility, inclusivity, respectable discourse—these are fine British values, and I am working hard as Israel’s President to promote them. But I believe that these famously British values represent the best of the Jewish tradition: a tradition that champions healthy debate “for the sake of the heavens,” celebrates the plurality of voices, and teaches us to love the stranger, to respect the other, however difficult this may be.

Nobody expressed the best of the British and Jewish spirit more eloquently than the late, great Rabbi Sacks. His brilliance of mind enriched the Jewish world, and indeed the whole world. How I miss his magically soft and wise voice!

Rabbi Sacks profoundly influenced the purpose of my Presidency. As I said on his Yahrzeit, his call for a Judaism engaged with the world, his appeal to respect the dignity of difference, and his cry to heal a fractured world are at the core of my mission as the President of the Jewish state. 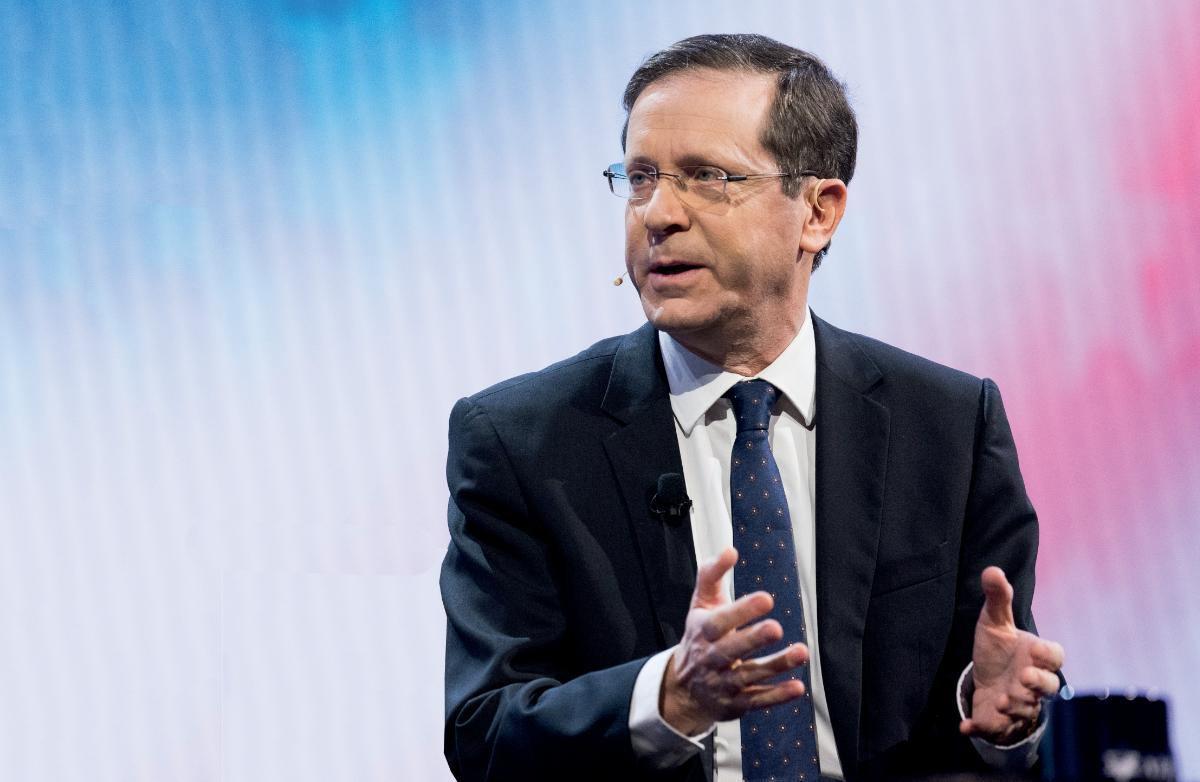 Like Rabbi Sacks, I believe in the necessity of civil debate; as President, I am working to encourage mutual respect in Israel and between the different parts of our great, extended, global Jewish family.

Like Rabbi Sacks, I believe that we are not meant to keep our magnificent Jewish heritage to ourselves. We must use it as an anchor to inspire humanity. And as President, I am committed to using our precious sovereignty to shine the light of our diverse traditions on the world.

Like Rabbi Sacks, I believe we are summoned to the cause of tikkun olam, perfecting our world, to be God’s partners in the ongoing work of creation; as President, I am striving to help Israel contribute its full part toward addressing the core problems facing our region and our world. 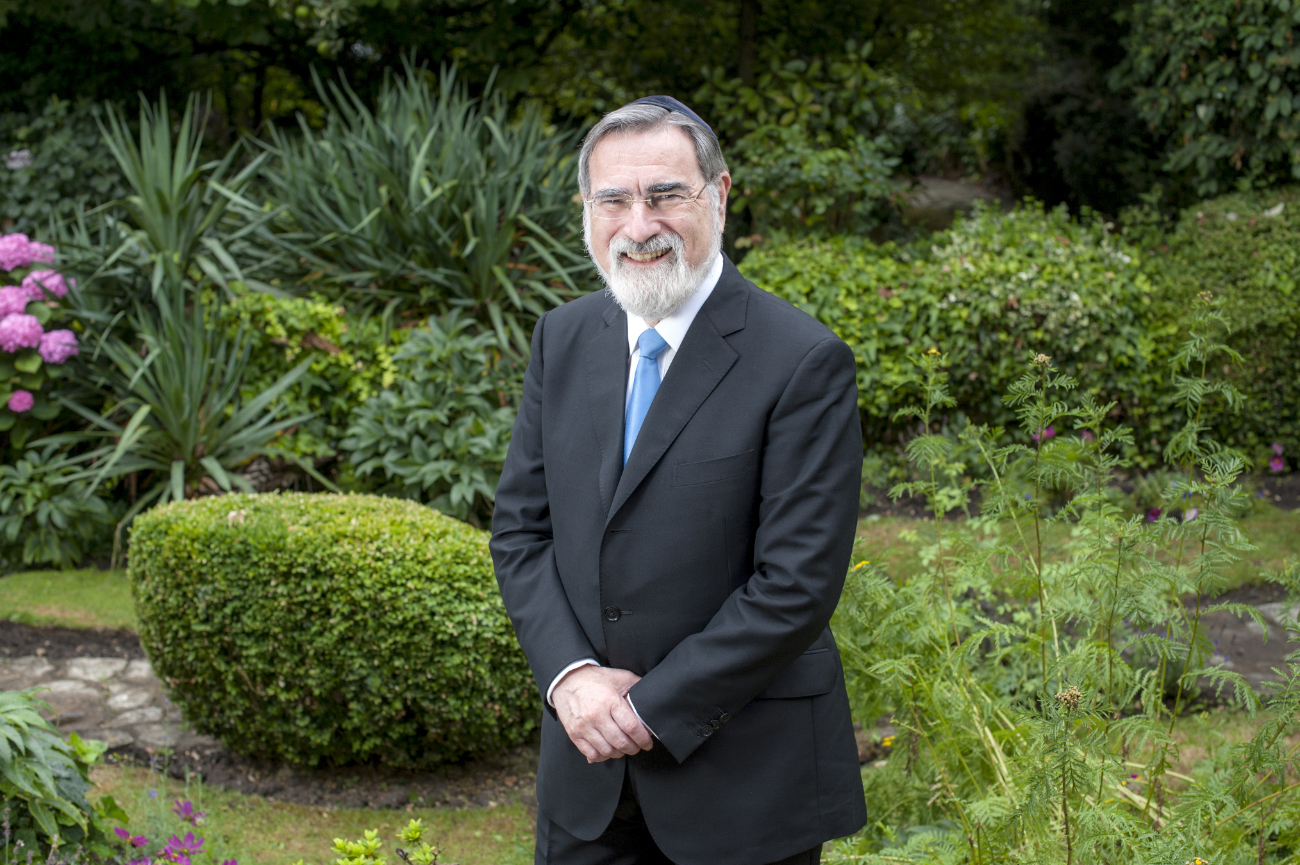 Indeed, during this visit, I shall be looking to strengthen Israel’s partnership with Britain against two urgent challenges.

The first is the climate crisis. As President, I am committed to making Israel a renewable energy-powered light unto the nations. I recently hosted an expo of cutting-edge environmental technologies at the President’s Residence, and as the world looks to implement the COP26 deal, I want to foster innovative Israel-Britain collaborations.

The second is Iran, whose quest for nuclear weapons capability is a tangible threat to the nation-state of the Jewish People. Britain’s support in blocking Iran’s regional ambitions is now more urgent than ever.

As the President of the State of Israel, I represent all the citizens of the sovereign Jewish state. But I want an open, dynamic partnership with the rest of the Jewish world, of which British Jewry is a major part. 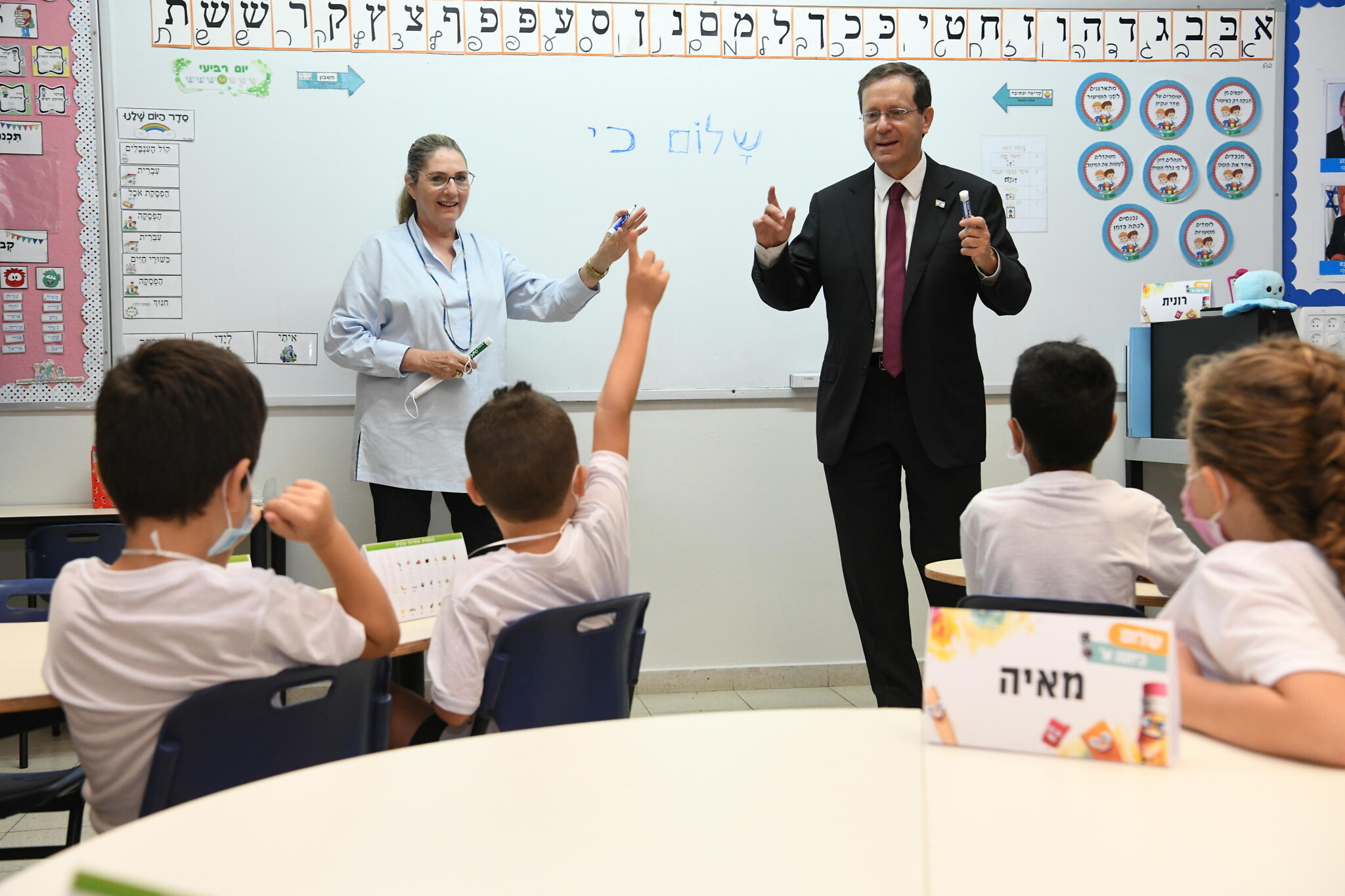 Michal Herzog and Isaac Herzog in the classroom

I know that the last few years have not been easy for British Jews, and that you were thrust into an uncomfortable spotlight, forced into battles that you hoped were far behind you. But I am inspired to see how you have risen to the challenge and made your voices heard, overcoming divisions and working toward the common good of your community.

After a terrible year and a half in the shadow of COVID-19, the skies of Israel are now open to vaccinated visitors. Come and visit us, and when you come to Jerusalem, book a guided tour of the President’s Residence.

Celebrating our commonalities, and respecting our differences, together we shall heal our fractured world.