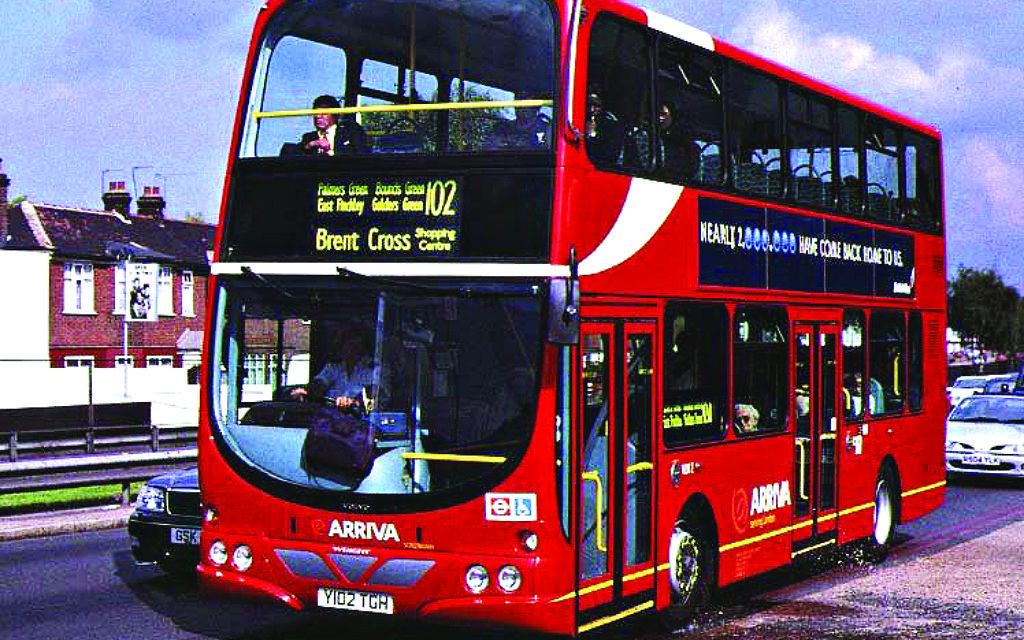 Police have launched an investigation over allegations of anti-Semitic abuse on a London bus – one year after another man was jailed for hurling anti-Jewish epithets on the same route in Golders Green.

A group of Jewish youngsters aged in their 20s were traveling on the 102 bus towards Golders Green when they claim to have heard man, who was accompanied by a child, spout the abuse late last month.

A female member of the group, one of three to overhear the comments, told the Jewish News: “We were at the back on the top deck not showing any signs of disruptive behavior. When we arrived at our stop, we walked down the stairs when I heard a man mutter ‘these f** Jews.

“I asked him why he thought what he was saying was necessary. He looked directly at me with no response but told his son that we are ‘disgusting Jews’. At this point the rest of the group I was traveling with got off the bus but three of us remained.” She claimed that the man and the boy later “placed their fingers across their throats while smiling at us” as the three walked away from the vehicle.

While the driver didn’t overhear the remarks, she alleged he didn’t show “any care” after being told what happened, asking only what they wanted him to do about it. “We told him we would the report the bus if he did not open the doors immediately so he did,” she said.

The alleged victim – who had never before experienced anti-Semitism – was left “shocked, disgusted and upset” by the incident, while a male friend said the group “felt threatened even in a group of guys and girls”.

A Police spokesperson said: “Detectives in Barnet are investigating an allegation of anti-Semitic abuse. The incident is said to have taken place on a route 102 bus near Golders Green station. At about 22.30, a man who was with a young child, subjected three victims, in their early 20s to anti-Semitic abuse.

“The investigation is ongoing and officers are working with Transport for London to obtain any CCTV that is available. The suspect is described as a man of middle eastern appearance, approx. 5 foot 8 with slight stubble. Anyone with information is asked to call the police on 101, or to remain anonymous call Crimestoppers on 0800 555 111.”