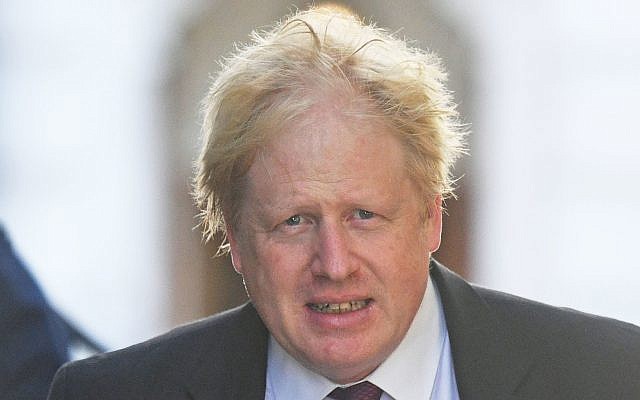 Boris Johnson has warned of an “exodus” of Jewish people from Northern Ireland due to problems over access to kosher food.

The Prime Minister told MPs the government had received “very serious representations” from the Jewish community that “because of the problem with the food sector, it was becoming difficult to for them to have timely access – or any access – to kosher food”.

The issue has emerged as a consequence of the protocol the PM agreed as part of his Brexit deal.

Johnson told the Commons Liaison Committee on Wednesday: “Only yesterday there were very serious representations from the Jewish community in Northern Ireland who pointed out that because of the problem with the food sector it was becoming difficult for them to have timely access, or any access, to kosher food.

“They’re talking now about an exodus from Northern Ireland By the Jewish community,” he continued.

“Clearly want to do everything we can to avoid that and sort it out,”

“But it’s going to take our friends in the joint committee to make some movement and to make that movement pretty fast.”
There are around 100 Jews in Belfast’s Jewish community, the only one in Northern Ireland, who are affected by the shortage of kosher food.

But the PM indicated that the UK government is not planning any concessions on its side to help resolve the situation.

He suggested that the onus was on the EU, rather than the UK, to make concessions in the joint committee set up to oversee the operations of his Northern Ireland protocol, which avoided a hard border with the Republic by effectively creating a customs border in the Irish Sea.

And he insisted that the UK had “faithfully” fulfilled its side of the protocol bargain, despite the launch by Brussels of legal action over unilateral breaches by London.

On Tuesday, Chief Rabbi Ephraim Mirvis, together with local Jewish leaders Reverend David Kale and Michael Black of the Belfast Jewish Community and along with President of the Board of Deputies Marie van der Zyl, met Northern Irish Secretary Brandon Lewis to discuss the problem.

The Board’s President later said: “The Belfast Jewish community is a great community with a rich history, but also an older and vulnerable one.

“We thank the minister for his time, and urge the UK and the EU to generate a creative solution which means that Jews can continue to practise their faith in Northern Ireland.”