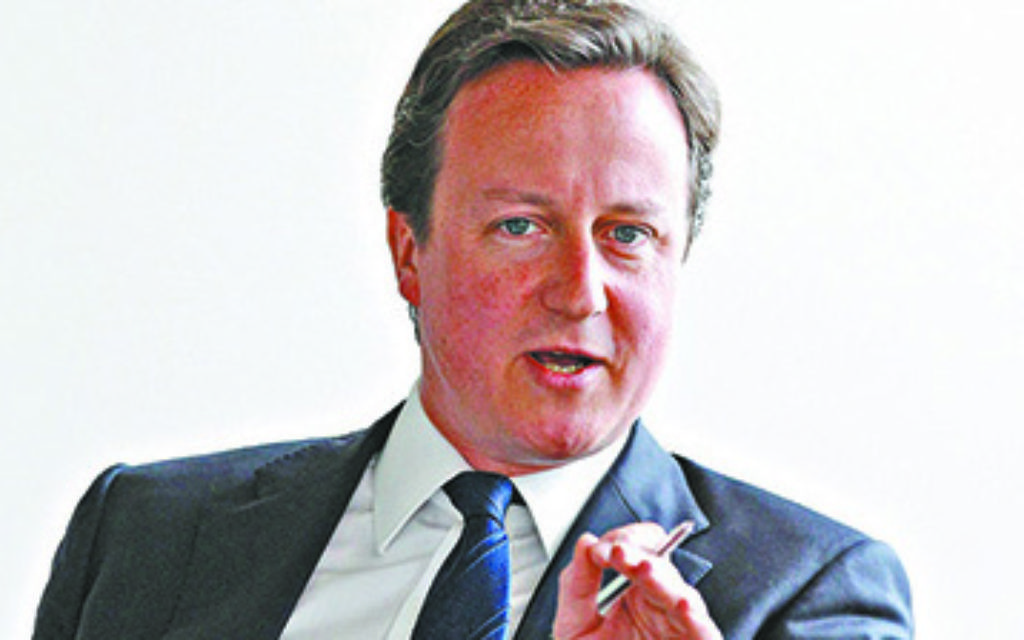 Prime Minister David Cameron before delivering a speech against a proposed change to the UK voting system in London.

Conspiracies about the West’s collusion with Israel and about Jewish ‘power’ are prime examples of myths causing young Muslims to radicalise, according to David Cameron.

It comes as the prime minister on Monday set out plans to tackle Islamic extremism by saying that ideas of “Jews exercising malevolent power” or of Israel and the West “deliberately humiliating Muslims” are grievances to be challenged.

The speech in Birmingham was billed as a major address, with Cameron acknowledging the “tragic truth” that some British Muslims had failed to integrate and, as such, did not identify with Britain or British values.

Last year, Tony Blair highlighted a “curious reluctance” to confront radical Islam, but Cameron’s comments now echo those of several right-wing politicians in the United States, where Republican presidential hopefuls have sought to “name the enemy”.

Cameron said that as well as terrorists, the UK would target those with an extremist ideology, but who do not advocate violence, citing as an example “those who condemn bomb attacks in London, but say bombs in Israel are a different matter”.

He added that ISIS “rally our young people to their poisonous cause, offer them a sense of belonging that they can lack here at home, leaving them more susceptible to radicalisation and violence”.

Pinches Goldschmidt of the Conference of European Rabbis “welcomed” the comments, saying: “Across Europe we are all feeling vulnerable and it is vital that leaders across Europe stand up to protect us.” He added that “political will is not enough, we as religious communities must take the lead” with educational initiatives.

Cameron’s speech comes only weeks after 30 Britons lost their lives at a beach resort in Tunisia, where an Islamist gunman who identified with Islamic State (ISIS) carried out an attack before being killed.

There was outrage last week following revelations that British pilots have been taking part in bombing raids against ISIS positions in Syria, despite parliament voting against military involvement in the country.