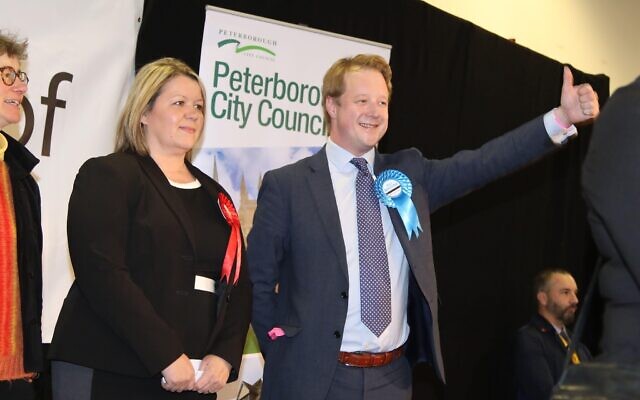 Peterborough’s Jewish community will be represented at a meeting with the city’s MP, after dozens of local officials were suspended amid allegations of antisemitism.

The Chair of the small Liberal congregation which numbers 50 and doesn’t have a synagogue, spoke of the “particularly disappointing” resurgence of hate in the city reported in recent weeks.

Last week local Labour and Conservative parties were rocked by serious claims of antisemitism amongst members. Labour moved to suspend at least 14, while the Tories faced calls to act against at least three local members.

Janet Berkman, who has been chair since July after five years as honorary president, reacted to the news, saying “here we go again”.

This comes after former Labour MP Lisa Forbes apologised for liking a post that said Theresa May had a “Zionist slave-masters agenda”, in 2019.

Berkman said: “We did resolve that issue. We had meetings with her and she agreed to under undergo antisemitism training, and she took a Yad Vashem course.”

“But this time I think it’s particularly disappointing that this has arisen again and so widespread, when only last year with the support of the council leaders – Peterborough City Council adopted the IHRA (International Holocaust Remembrance Alliance) definition of antisemitism.”

Saying “the Lisa Forbes situation was when really to the fore”, she added, saying the new spate of incidents was disappointing as the community has “worked very closely” with local officials and other faith groups. 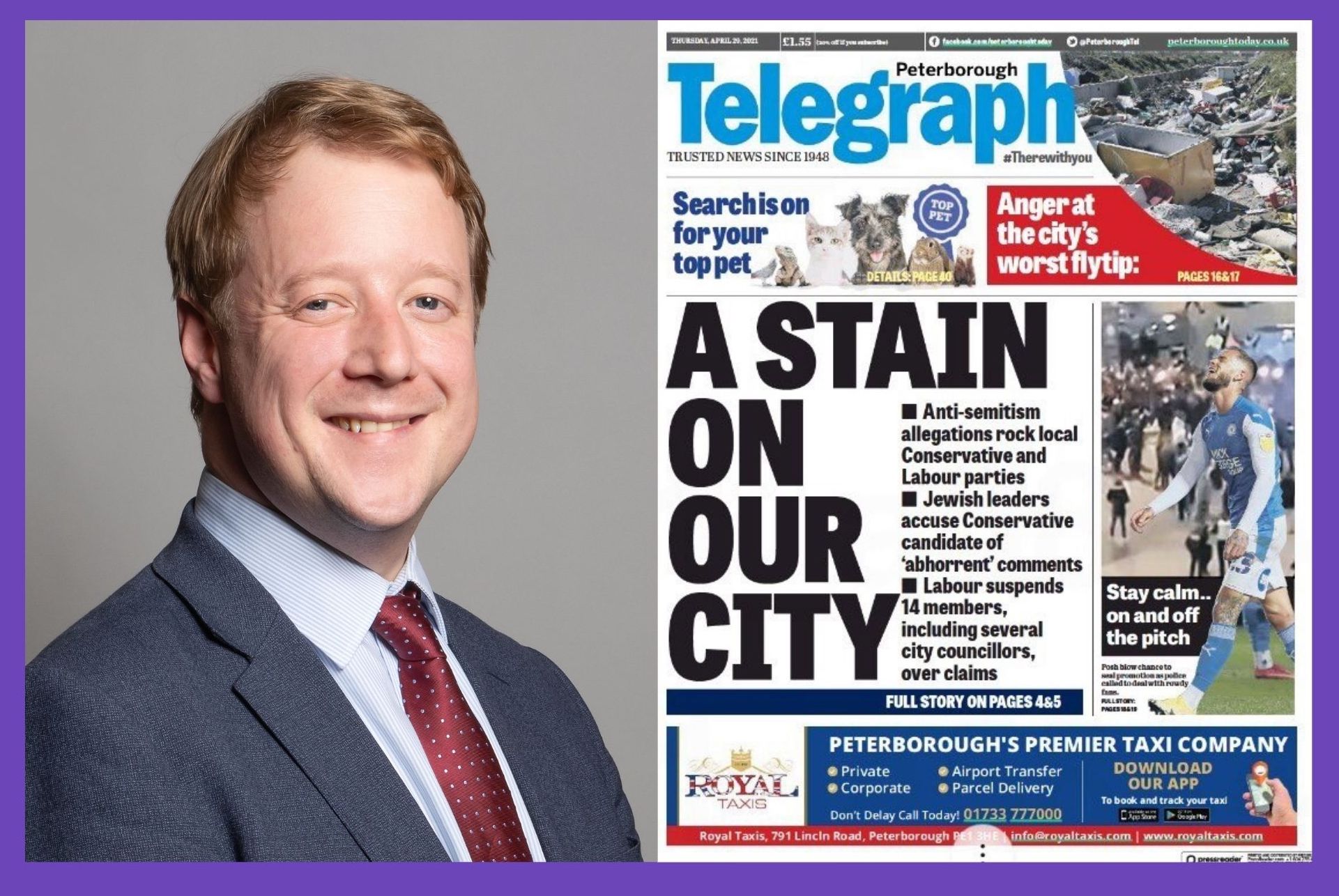 MP Paul Paul Bristow alongside this week’s front page of the Peterborough Telegraph, branding the scandal of antisemitism a ‘stain’ on the city.

She said “we haven’t had direct antisemitic incidents”, and asked whether recent incidents are due to “ill-judged comments on social media” or “really the deepest expression of people’s views”.

Last Thursday after the suspensions were made public, local Tory MP Paul Bristow invited the Jewish Leadership Council to meet with him and local officials to address antisemitism.

The community’s chair said “he’s very keen to facilitate this meeting with the JLC. And obviously, wants Peterborough Liberal Jewish community to be represented, which we’re happy to be.”

While saying the “meeting has not been scheduled yet”, she added: “I’m very pleased. He seemed it extremely keen that this should not be going on in his constituency.”