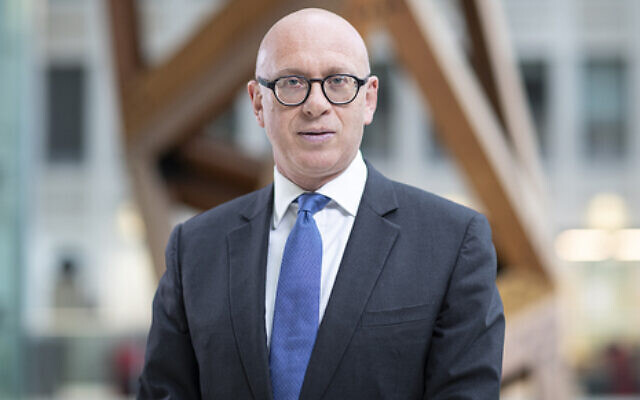 The Conservative life peer Lord David Wolfson has issued a poignant reminder of the UK’s “proud record of welcoming immigrants”  – on the same day 110 years ago that anti-Jewish riots took place in a Welsh town.

Wolfson, who is himself Jewish, said he was “well aware of the timing” of his message on Twitter on Thursday.

It corresponded with the unveiling of the UK government’s plan to provide refuge in this country to  20,000 Afghans now fleeing the Taliban.

The former QC, who was appointed as junior minister in the Ministry of Justice last December, revealed that has great-grandfather and family had lived through the Tredegar riots of 1911.

On August 19 that year he recalled how  a group of drunk workers had attacked a Jewish shop and properties in the town in South Wales  causing considerable damage – but fortunately noone was hurt.

Lord Wolfson of Tredegar, as he is now titled, tweeted that “importantly, we remember the Tredegar riots because they were exceptional.

“The relationship between the Jewish and non-Jewish inhabitants of Tredegar and other towns in the Valleys was generally excellent.

“My family lived in Tredegar for years afterwards. Tredegar gave my family a refuge – and yes, I’m well aware of the timing of the tweet.

“This country has a proud record of welcoming immigrants – who have in turn contributed to UK society in so many ways.”

Wolfson said he did not think his great-grandfather thought there would one day be a Lord in the family.

Today is the 110th anniversary of the Tredegar riots, the only reported instance in Britain of serious anti-Jewish riots since medieval times (perhaps excluding demonstrations against the so-called "Jew Bill" of 1753). /1

“But he did know he was coming to a country of welcome refuge and religious tolerance.

“As we remember the few days of disturbances in Tredegar, we are thankful for many peaceful years there.

“I chose Tredegar as the geographic part of my title as an expression of that gratitude.

“And we are also thankful that we came to, and still live in, a country which, to quote the late Chief Rabbi Lord Sacks, is a “medina shel chessed” – a kingdom of kindness. ”

The government yesterday confirmed a “bespoke” Afghan citizens’ resettlement scheme to welcome Afghans to the UK who have been forced to flee the country.

Home Secretary Priti Patel said 5,000 Afghan nationals who are at risk due to the current crisis would be welcomed in its first year.
Priority will be given to women and girls, and religious and other minorities, who are most at risk of human rights abuses and dehumanising treatment by the Taliban.

The government said the resettlement scheme will be kept under further review for future years, with up to a total of 20,000 in the long-term.