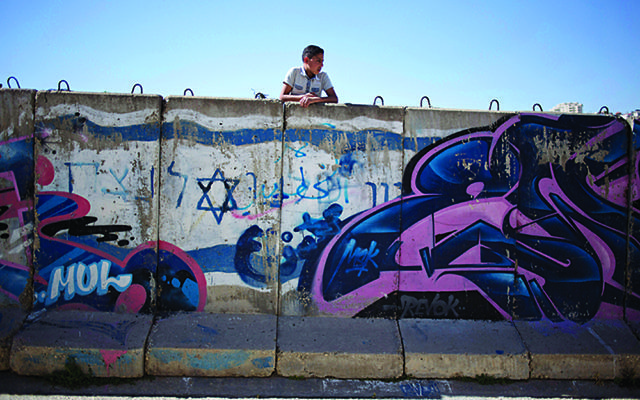 Most of the 70 countries taking part in the conference are represented at ministerial level but Michael Howells, head of the near east department of the FCO, is leading a British contingent that also includes two diplomats from the Embassy in France. Russia has also not sent a minister.

US Secretary of State John Kerry is attending but Neither the Israelis or Palestinians are present for a parley that Benjamin Netanyahu has dismissed as “rigged” against Israel.

Opening the event, France’s foreign minister said the conference would push for a two-solution, encourage direct negotiations as plot the pay forward for the coming weeks.

The two sides are expected to be urged to “restate their commitment to a two-state solution”.

Jean-Marc Ayrault said: “Our collective responsibility is to bring Israelis and Palestinians back to the negotiating table. We know it is difficult, but is there an alternative? No, there isn’t.

“France doesn’t have intention other than promoting peace. The situation is such that there’s no time to waste.” He also warned that moving the US Embassy to Jerusalem would have “serious consequences”.

He said: “It is coordinated between the French and the Palestinians with the goal of imposing on Israel conditions that do not correspond with our national needs. It also distances peace as it hardens Palestinians conditions and keeps them away from direct negotiations without preconditions. I have to say that this conference is among the last remnants of the world of yore. Tomorrow will look different, and tomorrow is very close.”

Israeli Opposition Leader Isaac Herzog should have attended to present Israel’s case rather than “run away”.

Concern has been expressed it could form the basis to push for a further UN resolution, ahead of the inauguration of Donald Trump, to compound the anti-settlements motion passed at the end of last year. The UN Security Council resolution was backed by 14 members including the UK, with the US taking the unusual decision to abstain.

The UK’s decision to back the motion was condemned by community leaders. After a meeting with Board of Deputies President Jonathan Arkush last week, Middle East minister Tobias Ellwood said the government “understands and appreciates” communal concerns.

“While I reiterated the Government’s continued belief that settlement building is illegal, I was clear that it is far from the only obstacle to peace and the international community must not forget this. The Government is unwavering in its commitment to Israel’s security and we will continue to call out the scourge of Palestinian incitement and terrorism that blights the lives of ordinary Israelis.

“We will also urge Palestinians and Israelis alike to get back to the negotiating table, so that they can bring about the peace that is so urgently needed. I was also very pleased to discuss the strong bilateral relations between Israel and the UK.”