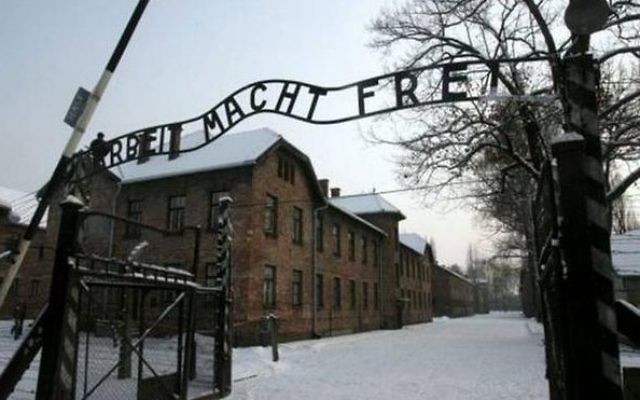 A French arts museum has defined the death camp Auschwitz as “an architectural achievement of the Bauhaus movement.”

The “Spirit of the Bauhaus,” which opened in October at the Museum of Decorative Arts, includes SS officer Fritz Ertl’s designs for the extermination camp among the major achievements of the modernist art movement and school active in the years preceding the rise of Nazism.

Historians of the movement have debated whether the school, which was denounced as decadent by the Nazi regime, bears responsibility for disciples who went on to work for the Third Reich.

Francis Kalifat, the president of the CRIF umbrella group of French Jewish communities, wrote a letter of protest on Friday to the museum director.

In his statement, which Kalifat also sent to Culture Minister Audrey Azoulay, who is Jewish, he wrote: “The Bauhaus movement has enough lovely projects that make it unnecessary to insult the memory” of approximately one million Jews who were murdered at Auschwitz-Birkenau.

Bauhaus was a German art school operational from 1919 to 1933 that gave its name to the utilitarian architectural style perfected by many of the school’s graduates.

Tel Aviv, where many German Jews immigrated in the 1920s and ’30s, is one of the world’s most Bauhaus-rich cities, with more than 4,000 buildings classified as belonging to that style.

After the Nazis shuttered the school in 1933, most of its artists and architects left the country. Some who remained worked for the Nazis with various degrees of enthusiasm, according to Nicholas Fox Weber, the author of a book on the subject.

Ertl, who trained at Bauhaus from 1928 to 1931, became a member of the Waffen-SS in 1941 and contributed the plans of the barracks at Auschwitz-Birkenau, according to Le Figaro.

He and another architect, Walter Dejaco, were tried in Vienna in 1972 and acquitted on charges of abetting mass murder.