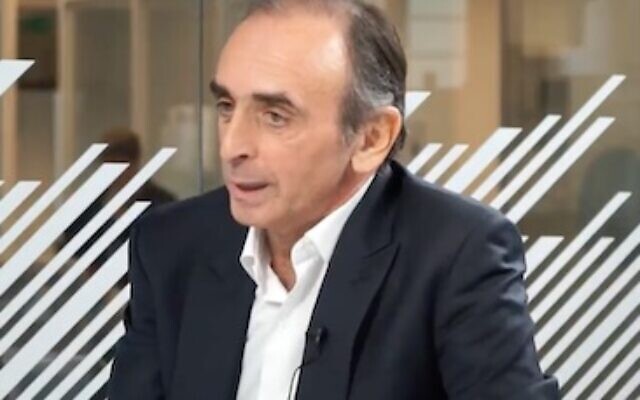 An influential French-Jewish intellectual who has criticised Islam was threatened and allegedly spat on by a young Arab man in Paris.

Eric Zemmour was walking with shopping bags in his hands on April 30 when the incident occurred, the Bureau for Vigilance Against antisemitism, or BNVCA, wrote in a statement Thursday, adding that a man identified as Mehdi Korchi filmed himself accosting Zemmour.

Police identified Korchi and plan to indict him for assault, Le Point reported.

Korchi, who appears to have livestreamed himself screaming at Zemmour “I’ll f*** your mother, son of a whore” while following him for minutes, explained in a later video that he had no interest in debating the right-leaning pundit. A video that seems to show him spitting at Zemmour also surfaced, though Korchi denies doing it.

Spitting on people is illegal and violates France’s emergency measures to curb the COVID-19 pandemic.

The day after the incident, Korchi streamed another video explaining his actions, which he began with a greeting in Arabic to “the Islamo-scum,” a sarcastic reference to a term used by former French president Nicolas Sarkozy. Korchi appeared to be smoking marijuana while speaking.

“Some have asked me why I didn’t try to debate him,” Korchi said. “He may be the son of a whore but it’s impossible to debate him, he’s super strong.”

The following day, after the police announced that they had launched a criminal investigation into his actions, Korchi made another video in which he said that he “may have been carried away,” adding “I truly regret my actions.”