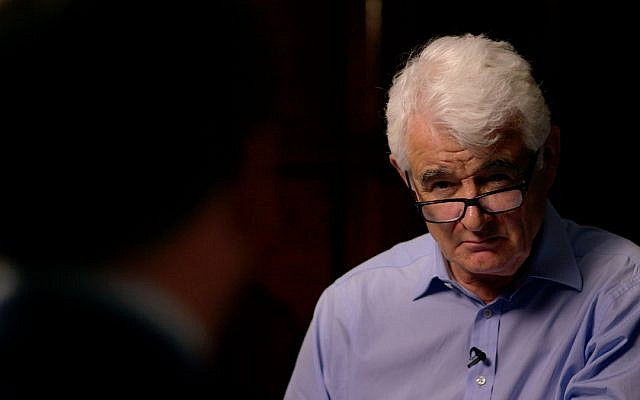 The BBC Panorama journalist John Ware has insisted the work of WIZO  “embodies the very best intentions of Zionism historically” after speaking about his decision to become a trustee of the charity.

Speaking about his role with organisation, which raises money for social welfare projects in Israel, the investigative reporter said it was a visit to the Jewish state in 2015, to witness WIZO projects first hand that convinced him to do more.

“I visited WIZO projects in Israel and I saw for myself how they were about consolidating some of those founding principles of the Zionist ideal,” he told Jewish News.

“Yes, it was about creating a secure Jewish homeland, but it was also about meeting the needs of citizens of that state whether they were Jew, Arab or Christian.

“To me, this work embodies he very best intentions of Zionism historically. The legacy of the three women who founded the charity – Dr Vera Weizmann, Rebecca Sieff and Romana Goodman – is self-evident.”

Ware had travelled to Israel in 2015 after landing a WIZO UK Commitment to Media Award for his work which judges described as “courageous, independent yet broadly sympathetic to Jewish concerns”.

“A bunch of us went on a tour to see the various projects,” recalled Ware of the trip. “Some will still argue that it is all propaganda, but it isn’t – I saw that for myself.

“Their work with Israeli Arabs for example, exposes some of the poisonous myths about Zionism.”

He revealed that his wife Wendy’s grandmother had also been an active member of the charity when alive.

Ware has been widely acclaimed for his 2019 Panorama doc titled Is Labour antisemitic?, which exposed the failings of Jeremy Corbyn and his allies over antisemitism in the party.

WIZO – the Women’s International Zionist Organization – was founded in 1920 and today runs around 180 day care centres in Israel caring for 14,000 children of working mothers, new immigrants and needy families.

The organisation also runs summer camps, courses for single-parent families and therapeutic frameworks for children removed from their homes by court order.