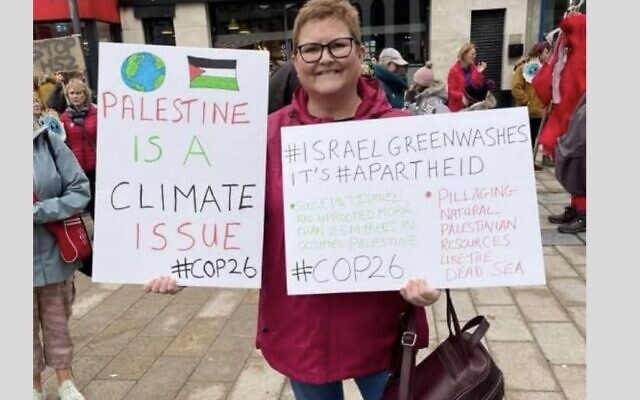 Images of large Palestinian flags being flown at climate change protests held during the current COP26 summit should not distract from the real focus of conference in Scotland, Jewish campaigners have said.

Photographs from Saturday’s main demonstration, attended by up to 100,000 people in Glasgow, showed large Palestinian flags being held aloft by protesters at the very front of the march.

More than 250 climate actions protests took place at the same time across the globe, with similar anti-Israel sentiment being displayed at demos in central London and elsewhere.

It followed a lengthy campaign ahead of COP26 by BDS movement leaders and groups such as the Palestine Solidarity Campaign to link allegations of Israeli human rights abuses and settlement policies with environmental destruction.

Lord Ian Austin, the former Labour MP, was amongst those to criticise the apparent obsession with Israel amongst some of those attending climate change protests.

Central to pro-Palestine campaigners’ objections was the involvement of officials connected to the Jewish National Fund at a session of the conference. 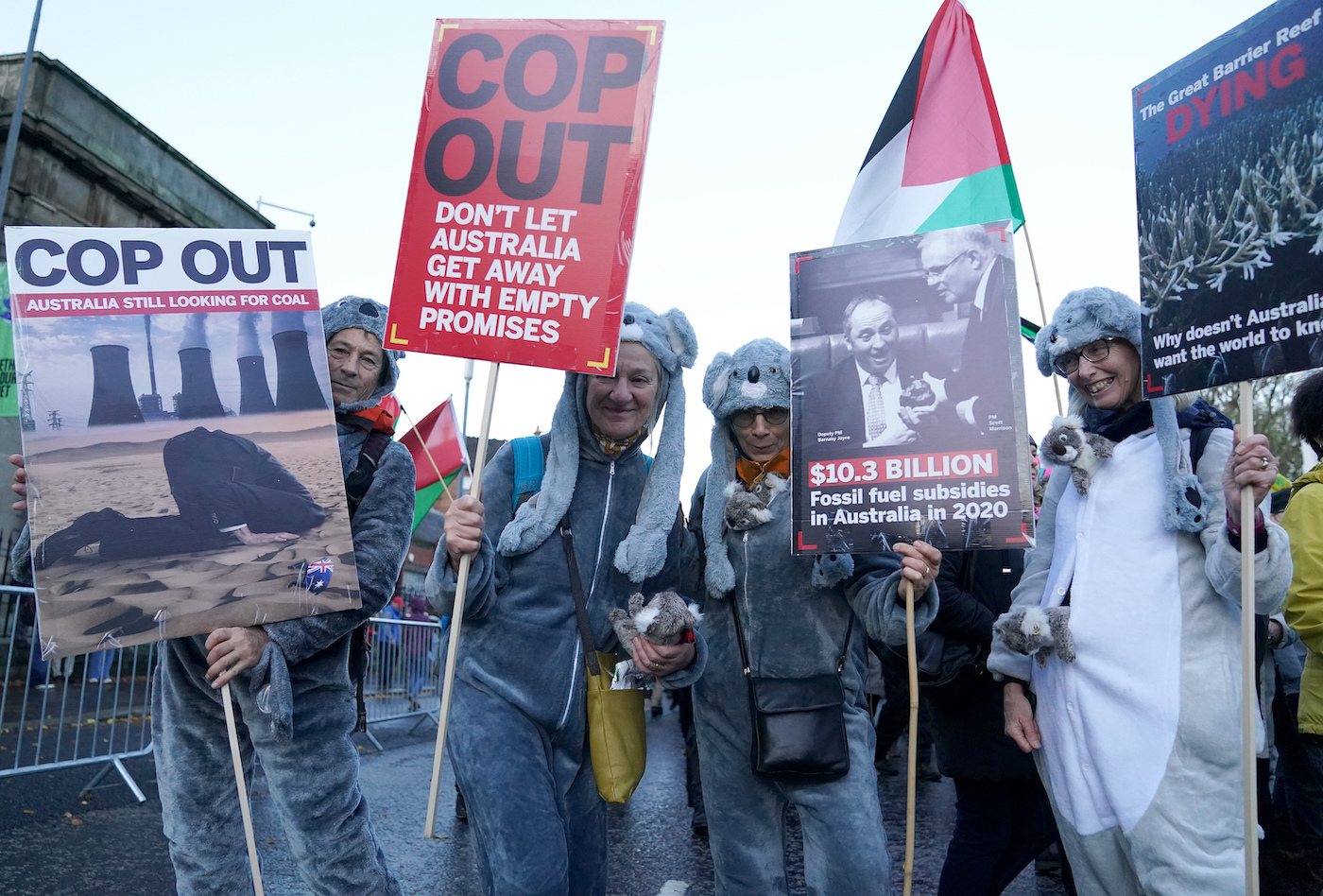 A statement by the Stop JNF campaign alleged the group “remains established for the primary purpose of ethnic cleansing – to replace the indigenous Palestinian population of all religions with an entirely Jewish settler population.”

But Dannielle Bett, pro-peace group Yachad’s communications director told Jewish News: “The presence of a few Palestinian flags at COP26 isn’t indicative of the focus of this conference, nor should it distract us.

“We ought to support the efforts of eco-synagogue and others in our community fighting climate change.”

Asked about the anti-JNF campaign, Bett said:”JNF-KKL is an international Jewish organisation and it’s fair that as a community we criticise some of its actions, such as the purchase of land in the occupied territories. This is something we have campaigned against in the past.” 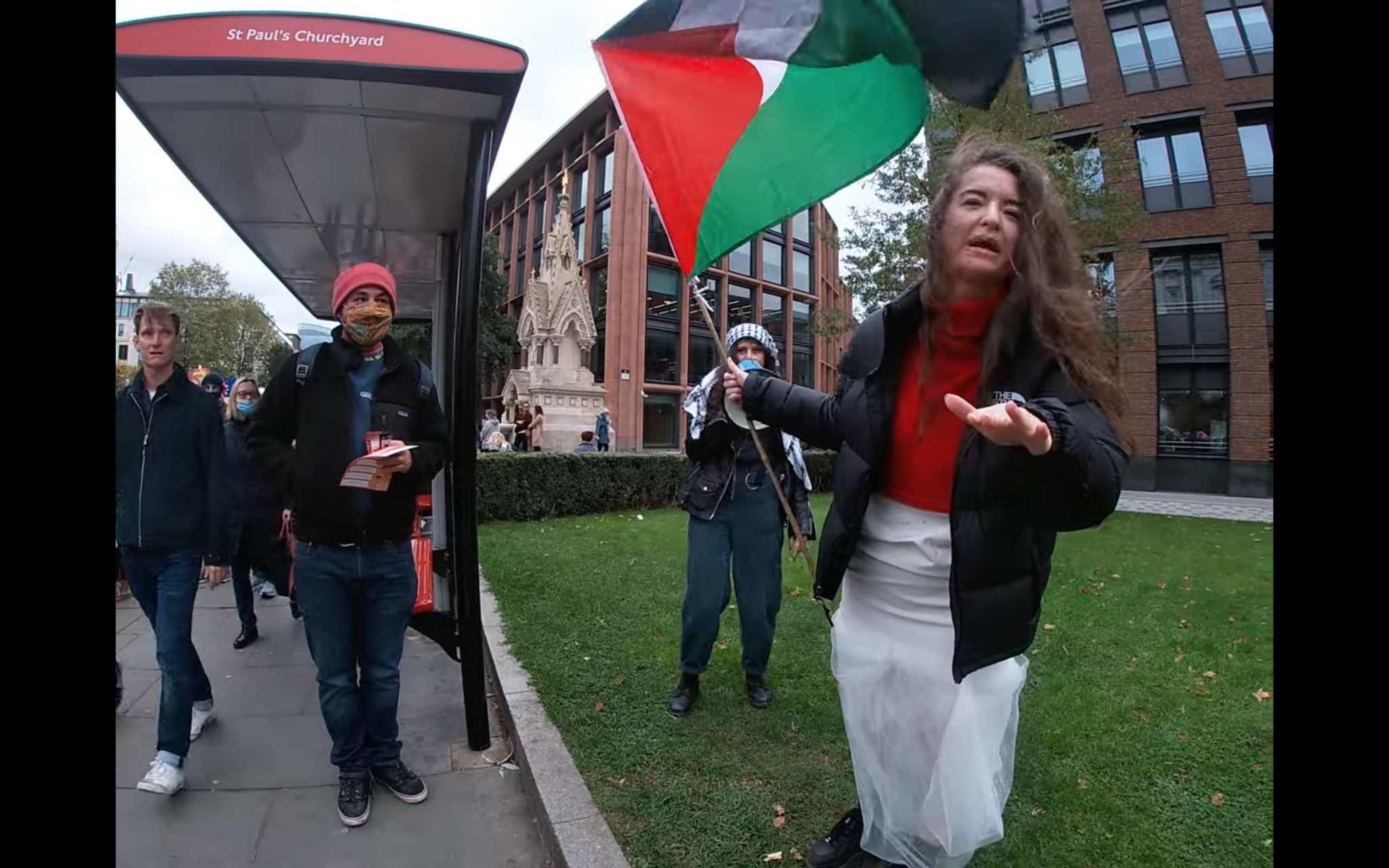 As the COP26 conference began last week, a sizeable delegation from Israel travelled over to Scotland, including Prime Minister Naftali Bennett.

The Board of Deputies president Marie van der Zyl and chief executive MIchael Weiger were amongst those to join the eco-synagogue delegation.