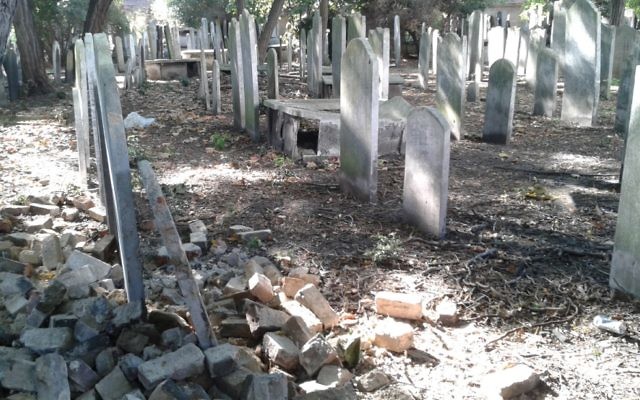 The charitable foundation which owns a small Jewish cemetery in the heart of the West End has moved to end speculation that it was about to sell the plot to developers and move the remains to Israel.

The Western Charitable Foundation, which owns Fulham Road Cemetery in Chelsea, last year sought the approval of its sale from the London Beth Din.

However, in a letter sent from Dayan Gelley, Rosh of the Beth Din, the copy of which was approved by the Chief Rabbi, the Foundation’s trustees were given the clear message that the sale was opposed.

This week, in a bid to end speculation, the Foundation’s chairman Harold Pasha said: “I confirm that there is no proposed sale of the cemetery.”

He added: “The Trust will be continuing to look after and maintain the Fulham Road Cemetery within the terms of the Trust as it does with our other cemeteries at Cheshunt, Edmonton and Streatham.”

The one-acre cemetery, also known as Brompton Jewish Cemetery, has 250 graves and was bought in 1815 for £400 by Western Synagogue, one of the first Ashkenazi shuls outside the City of London and the first to preach in English.

It was closed in 1885, although burials in reserved graves continued until 1910, and the site is now believed to be worth millions of pounds. It is the only undeveloped plot on the road, which is prime West End real estate.

The Foundation is understood to have wanted to deconsecrate the ground and transfer the remains of those buried there to Israel, but the Beth Din poured cold water on the plans, saying there was no halachic justification to disturb the graves, as there was no strong public need.

In addition, the Chief Rabbi is understood to have been concerned about setting a precedent whereby developers in Central and Eastern Europe could pressure local Jewish communities to vacate unused cemeteries to build on the land.