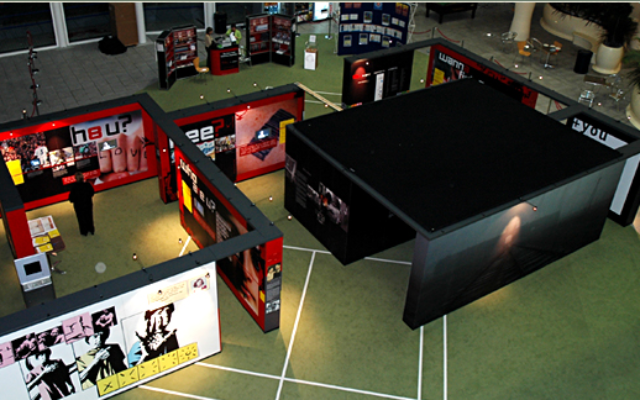 The Anne Frank + You exhibition

The best pick of Jewish events in London this week, by Patrick Maguire.

The Anne Frank + You exhibition

The Anne Frank Trust presents an exhibition which, drawing on Anne’s own words, presents issues of self-identity and prejudice, and highlights the moral choices we face in Britain today. The journey of self-exploration for visitors includes a near life-size replica of Anne’s bedroom, poignant family photographs, replicas of artefacts from Anne’s life and powerful imagery of social issues in modern Britain.

A new exhibition tells the story of Jewish suffragettes

A new exhibition tells the story of the role played by Jewish women in the struggle for women’s suffrage from the late 19th century until women were finally granted the vote. Diaries, flyers and posters from the movement are on display, fleshing out the significant role played by Jews – from relatively sedate plays and tea parties to more militant actions such as hunger-strikes and the disruption of a Yom Kippur service in 1913.

Helen Mirren and Ryan Reynolds in a still from the film

The “unfalteringly talented” Helen Mirren stars as Maria Altmann, a Jewish octogenarian whose remarkable true story is told in a new film showing daily at JW3. Having fled Nazi-occupied Vienna during the war, Altmann returns sixty years later to retrieve family possessions – including Gustav Klimt’s famous painting The Lady in Gold. Also featuring Ryan Reynolds, the film follows Altmann’s battle to reclaim her heritage – ending up in the US Supreme Court.

4. Israel’s Future in the Eyes of a Nobel Prize winner

In celebration of Yom Ha’atzmaut, Nobel Prize winning Biochemist and Israel Prize winner Professor Aaron Ciechanover features in conversation with a senior Israeli diplomat. A proud Israeli and leading public figure, Chiechanover will share his vision for a thoroughly modern Israel – outward looking, successful and committed to its founding principles.

Legendary compere Sam Berkson will host a live evening of spoken word artistry, featuring a debut of Paula Varjack’s one woman show How I Became Myself, and an open mic poetry slam. Berkson will also present the first ever English translations of the poetry of the Bedouin refugees of the Western Sahara, as well as discussing her own relationship with Judaism.

If you have any suggestions for things to do in London, send them to Jackm@thejngroup.com and we can include them in next week’s edition of OUT AND ABOUT!