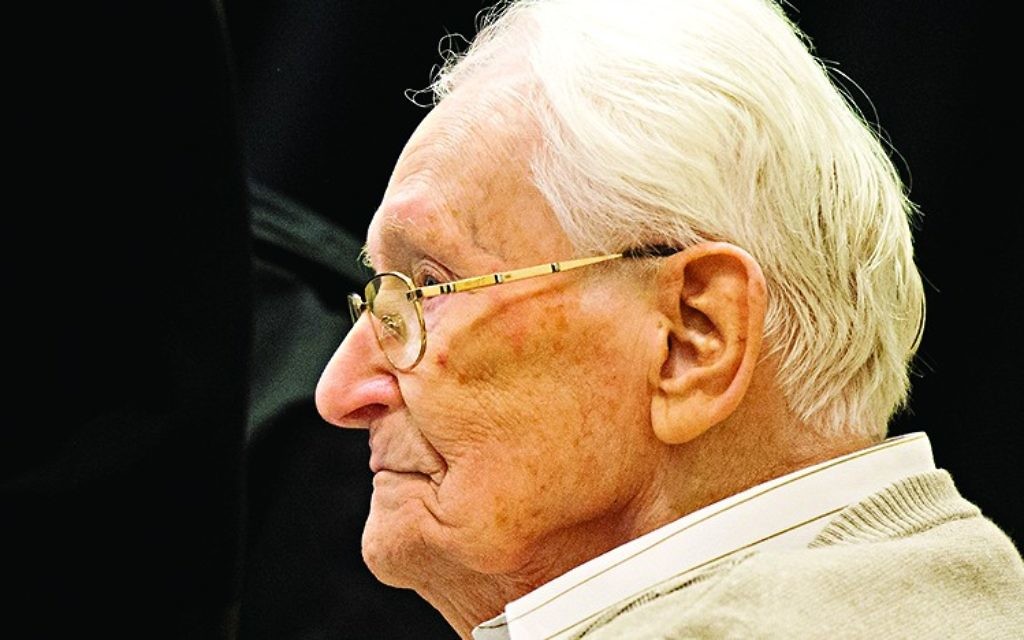 A 94-year-old former SS sergeant who served at the Auschwitz death camp has been convicted of 300,000 counts of accessory to murder.

The state court in the northern German city of Lueneburg gave Oskar Groening a four-year sentence.

Karen Pollock, Chief Executive of the Holocaust Educational Trust said the ruling “sends an unequivocal message. “He may not have led or directly participated in the atrocities at Auschwitz, he was clearly an accessory to the crimes perpetrated by the Nazis. By being the “bookkeeper” of Auschwitz, he assisted in and facilitated the murder of 300,000 Jewish men, women and children and it is right that he has now been held legally accountable for this.”

Olivia Marks-Woldman, Chief Executive of the Holocaust Memorial Day Trust welcomed this verdict, adding it was “very likely one of the last times someone who helped perpetrate the Holocaust will be judged.” She also paid tributes to British survivors Susan Pollack and Ivor Perl who “showed huge courage and determination by travelling to Germany to testify about their experiences of Auschwitz.”

World Jewish Congress President Ronald S. Lauder welcomed today’s verdict also, calling it ‘belatedly, justice’. “Mr. Gröning was only a small cog in the Nazi death machine, but without the actions of people like him, the mass murder of millions of Jews and others would not have been possible. It was the right decision to put him on trial despite his old age, and it was right that he was handed a jail sentence.

European Jewish President, Dr. Moshe Kantor, reacted by welcoming the result, marking “the historic significance of the trial”, and the “opportunity it provides to educate a generation that is all too distant from the horrors of the Holocaust.

“Although more than 70 years have passed since the liberation of the Nazi death camps, this trial reminds us that there is no statute of limitations for those responsible for Nazi horrors and of the real and present danger of intolerance and demonstrates the constant need to guard against anti-Semitism, racism and hate.”

Groening testified that he guarded prisoners’ baggage after they arrived at Auschwitz and collected money stolen from them.

Prosecutors said that amounted to helping the death camp function.

The charges against Groening related to a period between May and July 1944 when hundreds of thousands of Jews from Hungary were brought to the Auschwitz-Birkenau complex in Nazi-occupied Poland.

Most were immediately gassed to death.