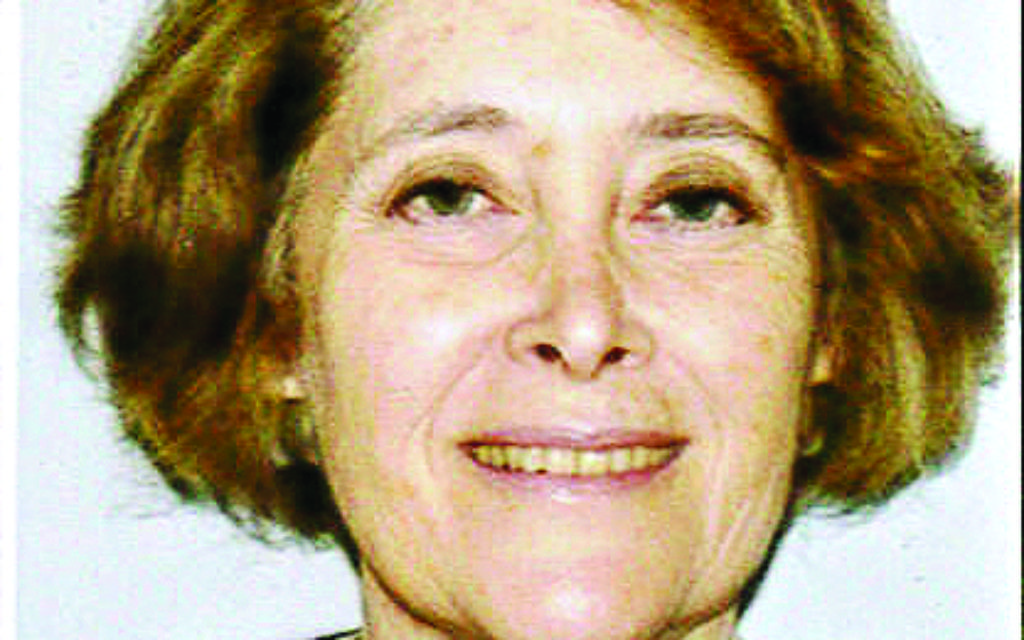 Two weeks ago, my fellow deputy Gabriel Webber took the opportunity to attack my position on Israel and the Palestinians in these pages, which I set out during a recent Meretz debate on the conflict at Hashomer House.

His “demolition” of my proposition for peace rested solely on his characterisation of it as “apartheid”, the modern-day blood libel routinely deployed against Israel in the absence of any coherent argument. Israel and the territories are as far removed from the South African model as it’s possible to be; the real practitioners being the Arab countries surrounding her.

In arguing against the two-state solution, now widely dismissed as unworkable, and after proving that Judea/Samaria (the West Bank) is not “illegally occupied,” but is under de jure Jewish sovereignty in international law, I acknowledged that an argument could be made for Israel ceding “land for peace” were there a genuine commitment to peace by the “moderate” Palestinian Authority. However, President Mahmoud Abbas leaves no doubt that the ultimate aim is the replacement of Israel by a Palestinian Arab state ethnically cleansed of Jews, as stipulated in the Palestinian National Charter.

That the Arab/Israel conflict is an ideological not a territorial one was admitted by the left-wing Israeli intellectual Shlomo Avineri (Haaretz July 2014), who said: “We on the left were wrong…Oslo’s sponsors saw the conflict as one between two national movements, believing that direct negotiations between Israel and the PLO could solve the territorial and strategic issues. From the Palestinian perspective, this is a conflict between a single national movement – the Palestinian one – and a colonialist, imperialist entity destined to vanish from the world. In the Palestinian narrative, Jews are neither a people nor a nation, but merely a religious community; therefore they aren’t entitled to a state. This is the root of the conflict – not borders, not settlements, not even Jerusalem… to deny these deeper reasons is intellectual dishonesty.”

True, but Avineri’s “solution” would spell disaster for Israel. After dismissing further peace talks as useless, he advocates that Israel develops an evacuation-compensation plan followed by a unilateral, unconditional withdrawal of Jews from Judea/ Samaria. Yet, after the Gaza 2005 unconditional withdrawal, when every Jew was forcibly evacuated and every vestige of Jewish presence, even disinterring graves, effected to placate Arab sensibilities, peace did not ensue. Instead, Israeli towns were rewarded with thousands of rockets and mortars and ‘terror tunnels’ were built under a border just one tenth the length of the Green Line.

As the Arab scholar Bassam Tawil wrote: “Evidently the Israeli withdrawal, leading to Hamas’ bloodbath and takeover of the Gaza Strip, and the entrenchment of Islamist terrorism, was not enough for Europe. Now the EU and US want to bring the catastrophe of Gaza to the West Bank.”

Shimon Peres, the veteran peacenik, graphically elucidated the dangers that a Palestinian state would bring, in his 1978 book Tomorrow Is Now, written when the Middle East was not in meltdown as today, with ISIS and al-Qaeda spreading terror.

Warning that without the strategic depth of land up to the Jordan River and the unenforceability of de-militarisation, Israel’s population and vital infrastructure would be at the mercy of amassing combat-ready troops, tempted to attack by virtue of Israel’s extreme vulnerability.

Thus the ‘two-state solution’ would mean Israel’s “final solution”. A bi-national state is obviously not an option and would herald the end of the majority Jewish state by a different route if all 2.5 million West Bank Palestinians were granted Israeli citizenship.

The only workable, humane solution to guarantee the survival of the Jewish nation state in its historic homeland is to enact the binding agreements post-First World War regarding Palestine, which vested Jewish sovereignty in all the land West of the Jordan River. Israel must formally annexe it, as it did with the Golan and East Jerusalem.

Settlement of Jews throughout, called for in Article 6 of the Mandate, must be facilitated. The Palestinians would be granted autonomy and freedom to conduct their lives in prosperity, but without Israeli franchise, and those wishing to relocate elsewhere, compensated generously.

Israel would underwrite all the services it currently provides, such as water and electricity, that the corrupt PA fails to provide. There is a precedent for withholding full citizenship, in the world’s largest democracy no less, the US, where five million citizens in the island territories, such as Puerto Rico, cannot vote nationally. No one shouts apartheid.

Let Tawil have the last word: “Although it’s a bitter pill to swallow, the Arabs living in Israel and the PA territories know that we have been favoured by fortune, because under the state of Israel we live in security.”