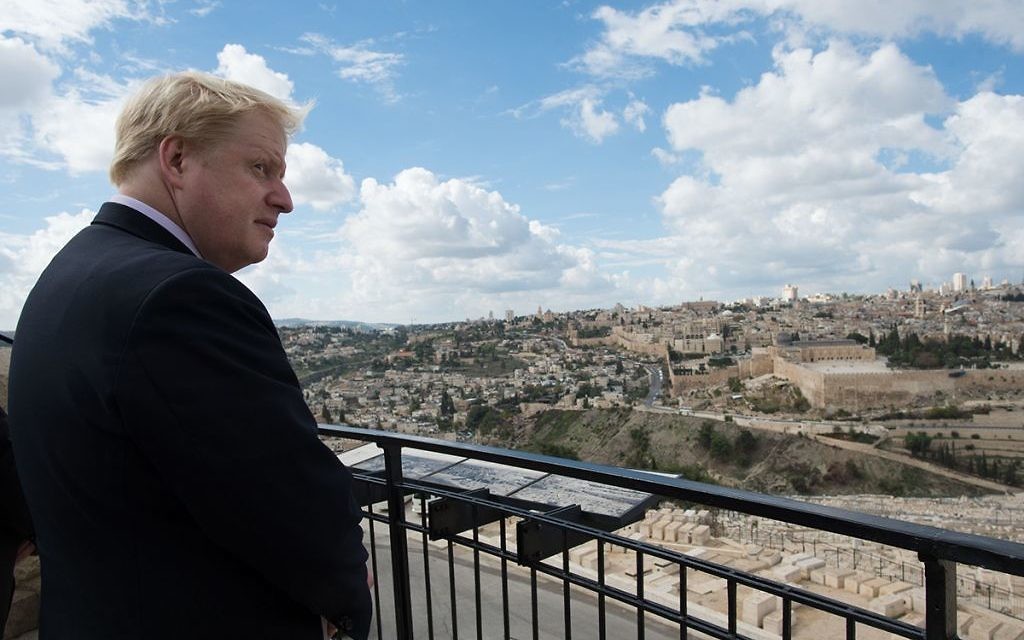 Boris Johnson looks out over the Old City of Jerusalem from the Mount of Olives during his trade visit to Israel (2015). Photo credit: Stefan Rousseau/PA Wire

In a somewhat unprecedented move, UK PM Boris Johnson spoke out last week about the annexation directly to the Israeli public. He published an op-ed in Hebrew, in the most widely circulated daily in Israel (Yediot Aharonot) warning Israel, as a friend, that “annexation”, or more accurately the application of Israeli law to the Jewish communities of the Jordan Valley and Judea and Samaria, would prevent the two state solution and destroy any hope for peace.

Although I do not agree with him, I believe PM Johnson’s concerns come from a good place. He is a supporter of Israel and the Zionist vision and has never fallen for the honey trap set by those who believe the entire Middle East regional conflict is attributed to the mere existence of the only Jewish country in the world. He gets it! He is warning but not threatening. Whilst other countries are murmuring under their breaths about sanctions, and the chorus of disapproval from the UN is gaining momentum, PM Johnson is not mentioning sanctions – he’s telling us as a friend that maybe we need to rethink our strategy. Why he chose to do it publically and not directly through the diplomatic channels is another question, but having met the Prime Minister when he was Mayor of London, and knowing his record on the Jewish community and Israel, I know his intentions are pure. 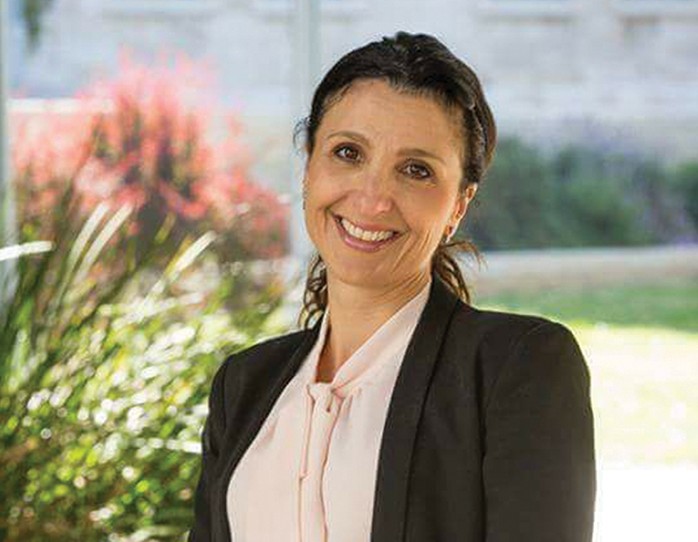 Now let me explain where the PM errs. Most of the critics of the application of sovereignty seem to ignore the most basic premise of the plan: the end goal of the Deal of the Century is indeed two states. What the plan actually seeks to do is to help Israel define its own borders, whilst empowering the Palestinian people economically. The plan seeks to build up Palestinian institutions, civil society and governance, in a corruption free democratic system that does NOT indoctrinate children that the only outcome to their predicament is for Israel to be wiped out.  In my view, indoctrination in Palestinian society and in the school system in particular is the main obstacle to peace. The geography books have us erased from the maps, the math and physics books have exercises based on counting martyrs and dead Jews and the literature books elevate terrorists to national hero status.

This is undoubtedly a larger strategic barrier to a long lasting peace than applying Israeli law to the Jewish communities in Judea Samaria and the Jordan valley. These communities are in Area C, which is controlled by Israel and the population concentrations there are mainly Jewish. It is also widely accepted that in any future peace deal, these areas will remain in Israeli hands. Applying Israeli law replaces an archaic Ottoman, Mandate law blended in with military civil administration law making day to day life extremely impractical. It is not and has never been the real barrier to a long lasting peace.

It is precisely these old paradigms that have kept our wheels in the mud for 20 years and what this Deal of the Century rectifies. The plan ensures that Israel does not get punished for the outcome of wars it did not start and decades of Palestinian rejectionism. We can finally move forward and define our own borders.

Therefore, it was most ironic that less than a week after the PM’s op-ed in our front pages, the British government allocates 33 million pounds to UNRWA. Over half of those funds go to UNRWA schools whose curriculum of indoctrination ensures that peace will never be a reality. UNRWA schools do not have their own UN approved curriculum. Their curriculum is created by the Palestinian Authority, and it perpetuates incitement, anti-Semitism, and the glorification of martyrdom.

For example, Dalal Al-Mughrabi, the perpetrator of the 1978 coastal road massacre killing 38 civilians including 13 children, is celebrated in an entire chapter teaching Arabic reading comprehension to fifth grade girls. The girls are encouraged to emulate Dalal Al-Mughrabi by following in her footsteps and sacrificing their lives saying, “Her struggle portrays challenge and heroism, making her memory immortal in our hearts and minds” (Arabic Language, Vol. 2, Grade 5, 2018, pp. 51-61). This is a typical lesson in the UNRWA curriculum, which focuses on careers in terrorism instead of reading comprehension and promoting peace.

The curriculum’s main mantra is the fabricated ‘right of return’ and not a two state solution. Small children are taught that where they and their parents were born is not their actual home, and once they’ve killed all the Jews and driven them to the sea then they will be able to return to their real homes. A further examination of the UNRWA curriculum shows that it is woefully inadequate in basic English, mathematics and technological skills. UNRWA and the PA are systematically keeping their people poor and ignorant, perpetuating a victim’s mindset. Most recently, even the EU Parliament condemned hate speech in the PA curriculum, and in their budget report call for a halt in funding for educational materials that incite religious radicalization and martyrdom amongst children.

The last Commissioner-General of UNRWA resigned following a pair of critical inquiries into his management of the organization. Additionally, Hamas, recognized by the UK as a terrorist organization, has penetrated UNRWA in Gaza to the extent that most teachers and administration are Hamas members. Hamas has formal representatives in each UNRWA school in order to attract students to join, and this is why Hamas urges donor countries to keep giving to UNRWA.

If the UK government is concerned with peace in our region, the first step is to look in the mirror and see how their actions as the third largest donors to UNRWA are blocking any hope for a two state solution for any future generations. It is not the Deal of the Century or “annexation” that is killing the chance of peace – it is the brainwashing of children through an educational system, partly funded by the UK, that teaches innocent children that the best they can hope for is to martyr themselves for their cause, and tragically that cause is the annihilation of the State of Israel.