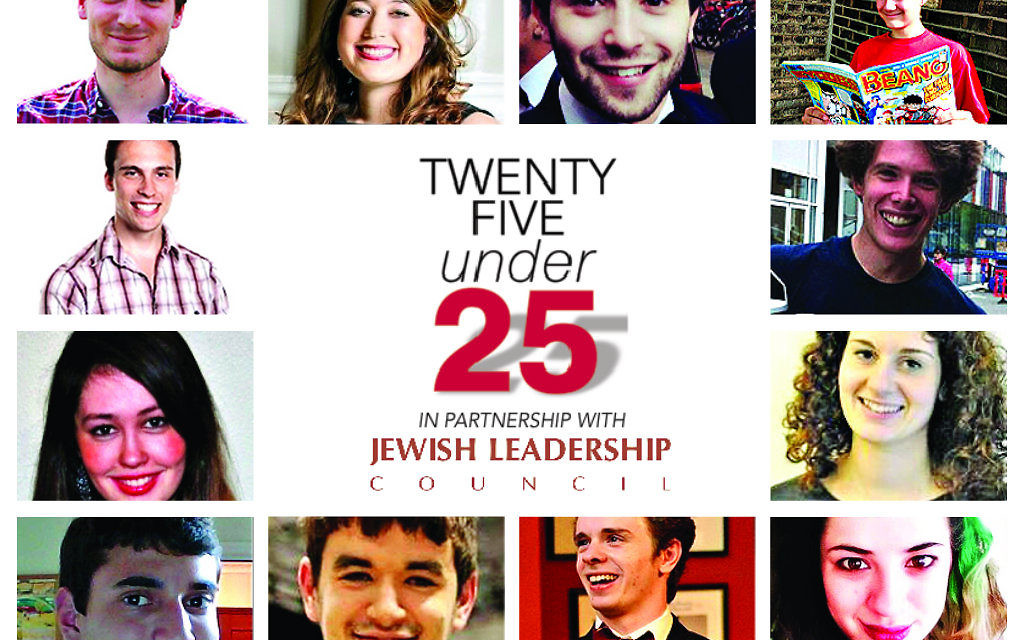 By Andrew Gilbert, Chairman of the panel, Twenty-Five Under 25

On reviewing the last Jewish News Forty Under 40 list from 2010, only two people were under 25. Knowing the richness of our Jewish schools, youth movements and student organisations, we considered ways to redress this in 2015.

After consideration, we felt the best way to recognise under 25s was to launch an entirely separate list. Maybe the top three on the 25 list would have made the 2015 Forty Under 40 countdown – which begins on 9 April – maybe not.

However, this list opened up an entirely new search… and Twenty-Five Under 25 was born!

We knew the list would be more fluid than Forty Under 40 as young people often have arcs of short bursts of activity before education or life- changes take place. However, many of those among the 25 will continue to contribute and may well feature on future Forty Under 40 lists. It was a surprise to find some of the leaders of our youth movements are already over 25

. As our list of nominations grew, it became a real challenge for the panel. Some felt they did not have the expertise, so we added to our panel by inviting experts at UJS, UJIA, JLGB, Tribe and other youth organisations to vote.

However, their votes only amplified the views of the panel. Securing a place on this list meant gaining the support of a number of members of the panel.

This worked in favour of those involved in cross-communal organisations or those making an impact in more than one sphere. This does, admittedly, work against individuals passionately devoted to one single organisation, but I hope we’ve picked up some of these people too on our list of ‘Ones To Watch’, which will be published in Jewish News next week with our top 10.

If this list was run annually it would be exciting to see the changes. While it is possible to predict that some people will rise and others fade, how many of the 25 positions would be filled by entirely new names in just 12 or 24 months time? There is no question that those on our list are the stars of our community’s under-25 generation. Their achievements are certainly worth celebrating.