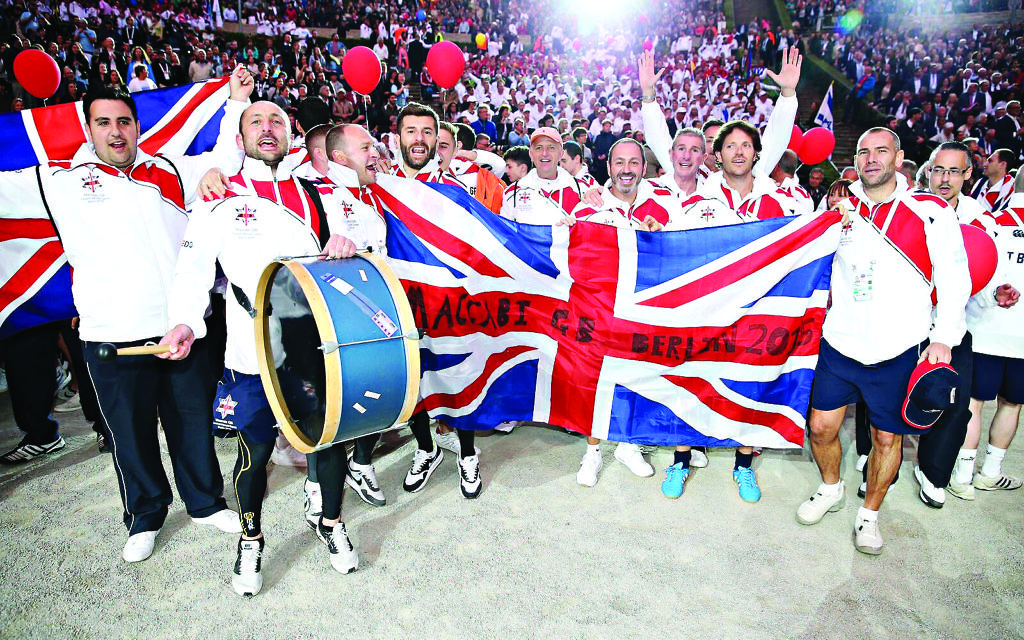 While researching a piece for a national newspaper during the run-up to this summer’s European Maccabi Games, I noticed two recurring themes. The first was the distinct lack of mainstream media coverage of the Games and the second was the overarching negativity of articles on European Jewry. It struck me that the two were interlinked, avoidable and should be challenged by us, the British Jewish community.

I’m pleased to note that my former concern has largely been invalidated. I’ve been impressed by the sheer number of national and international media outlets that have produced features on the Games. Most articles have, I think rightly, been focused on the historical significance of holding the ‘Jewish Olympics’ in a Nazi-built stadium in Berlin and judging by the number of ‘shares’ and ‘likes’, they seem to be well-received across the board.

Cynics among you might question if a daily newspaper would dedicate space to a piece on the Jewish Olympics had it not been such a historic occasion. Frankly, you’re probably right. The location and anniversary makes for a good story, plus one with a happy ending. National media are coming under increasing pressure to make the news less about ‘doom and gloom’, and, bar the historic context, of course, the story of almost 2,500 Jews making their way to Berlin in 2015 is one for the optimists.

Yet scan the web for articles on European Jewry and you will be struck, though probably not surprised, by the majority focusing on the rise of anti-Semitism. Headlines over the past year will inform you that the number of anti-Semitic attacks in Britain has soared, that David Cameron is “heartbroken” by the idea of British Jewry packing up and that on the continent the situation is even worse. Jews have been murdered in Paris and Copenhagen, synagogues have been firebombed and there has been a rise in Jewish emigration. All this is true and important.

But is it the full picture?

France is a case in point. Approximately 500,000 Jews live in France, about 75 percent of them in Paris. Last year, 7,086 French Jews emigrated to Israel — more than triple the 2012 figure — partly due to a stagnant economy, but also because of a spike in anti-Semitic incidents. In 2012, a jihadist murdered four Jews at a school in Toulouse. Last January, a gunman held shoppers hostage inside a Paris kosher supermarket. Thousands of French Jews have been harassed, threatened and physically assaulted and many, understandably, have had enough.

But the majority are staying put. In France, the building of a new $11 million, 45,000-square foot Jewish cultural centre at the heart of the heavily Jewish 17th arrondissement of Paris is testament to the confidence and vitality of the community. Last month, French President François Hollande said the new cultural centre was “the best answer to those who think that the future of the Jews of France is elsewhere.”

Cultural Jewish life on the continent, of which the Maccabi Games is surely the pinnacle, is far from dead. Despite the rise in anti-Semitism, European Jewry is not ready to flee.

But who knew all those details? I certainly didn’t before I did some research. If our community doesn’t know it, then how can we expect any lay audience or newspaper to be aware?

Some might argue that the community should keep to itself. For reasons of humbleness, security, even fear, the Jewish community should keep a low profile. There is a reason that the German government spent 10 million euros on security at the Games, including snipers and police convoys for all vehicles carrying Maccabi personnel. Plus, why would any non-Jew care about the Jewish Olympics?

It’s a fair point, but one which I think runs the risk, of which the present state of media coverage is the result, of allowing negativity and despair to rise to the surface and dominate the perception of European Jewry.

We don’t need to be shouting from the rooftops about all our cultural achievements. Much should be celebrated among ourselves. But next time you see a major political figure in Israel stand up and argue in favour of European Jewry leaving the continent, don’t be surprised.