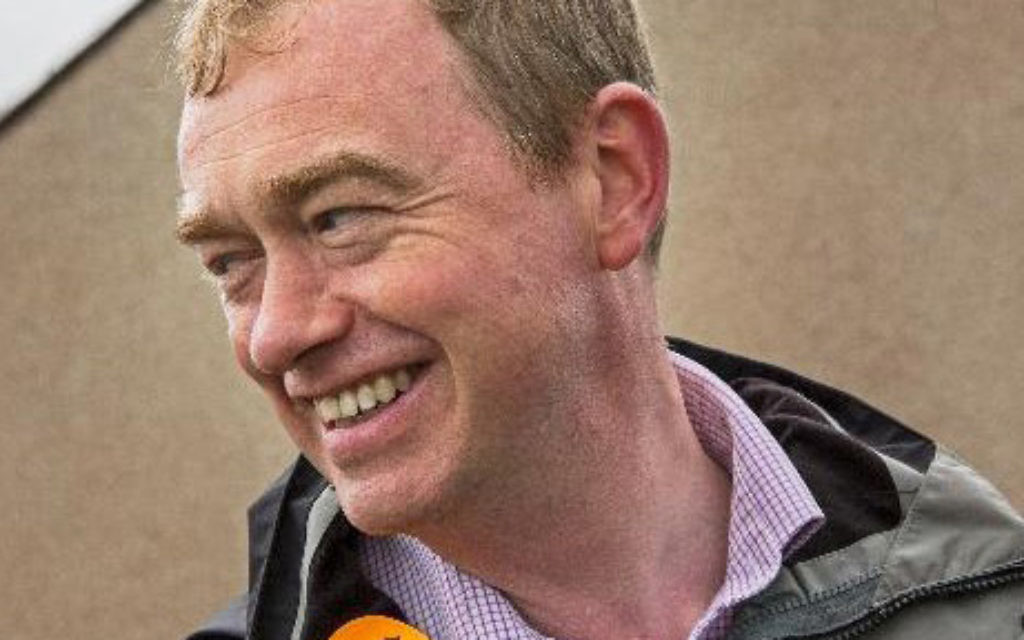 By Gavin Stollar, Chairman of Liberal Democrat Friends of Israel

I first met Tim Farron over fifteen years ago when I accompanied Charles Kennedy, my then boss and Liberal Democrat Party Leader, on a campaign visit to the picturesque Lake District constituency of Westmoreland & Lonsdale which was, at the time, a Conservative stronghold. A thirty year old Farron welcomed Charles and I into his home and we sat chatting about his ambitions before embarking on a visit to a local school. From the outset, Farron struck me as someone whom you wouldn’t bet against achieving his ambitions. He reassured Charles on that visit that he would “win this seat from the Tories and then join CK (as he was known) in Westminster”. It wasn’t to be in 2001, but in 2005, with a slender majority of 267 votes, Farron was true to his word.

Tim Farron today inherits a Party which has had its confidence shaken to its core. What the future looks like for our Party will be his core obsession over the coming weeks and months. The question I have been asked over and over again since the election, and which I know Tim will have been similarly repeatedly asked, is “can you rebuild and, if so, how?”. The short answer is yes and nearly 18,000 new members joining the Party since the election is a good start to that process. But in truth it will only happen through a comprehensive reconnection with voters. It starts with local councils, it continues with being good local representatives and it ends with not taking a single voter for granted and not taking voters for granted is an appropriate place to consider the Liberal Democrats’ ongoing relationship with both the UK Jewish community and the State of Israel.

It would be fair to say that over the past five years, our Party’s relationship with UK Jewry and the State of Israel could, at best, be described as civil and, at worst, fractious, thus what are the challenges that the new Leader has to consider to win our community’s trust and votes? There appear to be three strategic issues which Tim Farron and the Party needs to consider as we move into this new five year political cycle: (1) How the Party can reconnect with its rich historical ties with the State of Israel; (2) To what extent is the Party willing to tolerate inappropriate comment from Party representatives; and (3) What contribution can the Party make towards the advancement of peace in the Middle East?

The Liberal Party can lay notable claim to have been a driving force behind both the Balfour Declaration and the establishment of the State of Israel. The first President of the State of Israel, Chaim Weitzman, counted among his closet friends Liberal Prime Minister, David Lloyd George. As a front bencher and latterly the first British High Commissioner of Palestine, Jewish Liberal Minister Herbert Samuel’s role in driving (and in part drafting) the Balfour Declaration is well documented, and his promotion of the Zionist cause throughout his life is widely recognised in Israel today. These sorts of historical ties demonstrate a strong Liberal tradition and relationship exists for steadfast support and alignment with the State of Israel and the Zionist movement.

Much has been written about the likes of David Ward and Jenny Tonge and I do not propose to reopen that sore. Suffice to say that decisive action and an unflinching response to rogue and siren voices in our Party on inappropriate language and intent must not have any place in the Liberal Democrat Party going forward.

Given the Party’s limited footprint in the House of Commons, bizarrely, the most overt and useful contribution Liberal Democrats can make on the issue of Middle East peace is on the red benches of the House of Lords where we have over 100 Peers. Conscious of the enhanced responsibility they have, under Tim Farron’s leadership, Lib Dem Peers must recognise the need for balance and remain focused on the advancement of core Party policy, as is stated in our recent manifesto, “Liberal Democrats… Remain committed to a negotiated peace settlement to the Israeli-Palestinian conflict, which includes a two-state solution…”.

As with the existential strategic matters facing the new Liberal Democrat leader, none of the above issues of interest to the UK Jewish community or the State of Israel will be resolved overnight.

As someone who has a very strong sense of faith, as a devout and practicing christian, Tim’s awareness  of Judaism and the importance of Israel within it cannot fail to engender  a heightened level of empathy and understanding. I hope our community will respond warmly to him as he seeks to write the next chapter in Britain’s rich Liberal tradition.