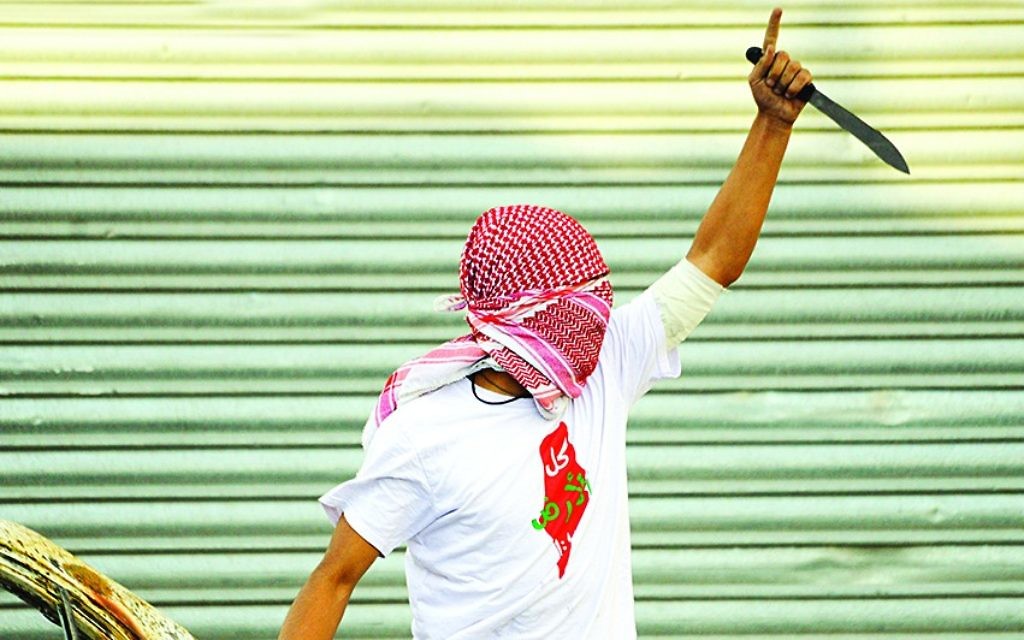 During the height of the second Intifada, the media and politicians in general were adamant, only total desperation could cause one human being to walk onto a bus full of innocent civilians and blow himself up. This twisted logic unashamedly blames the victims for the act of violence that kills them and removes personal responsibility from the terrorist. It is also a logic that only applies in Israel, as we find the same media and the same politicians have no trouble identifying the true cause of the brutal violence when it hits closer to home.

On April 30 2003, at about 00:45, 22-year-old Asif Muhammad Hanif entered Mike’s Place, a live music tourist pub on the Tel Aviv beachfront. Asif, from London and his friend, Omar Khan Sharif from Derby, had been born, grew up and were educated in the UK.

Their entire itinerary had been planned using the latest Lonely Planet guide book and they had spent the evening with a hundred other tourists at the Hayarkon Hostel, just up the road. Upon entering the pub, Asif detonated his bomb, killing three and injuring 50, with the damage restricted by the brave actions of Avi Tabib, the security guard.

One of the fatalities was 29-year-old French born Dominique Haas, a personal friend of mine. It would be difficult to argue that Asif and Omar were any more desperate than you or I. Young, British and university educated, they had their whole lives before them, but simply believed there was more to gain from murdering Jews in Tel Aviv instead.

It is now October 2015 and Jews are again being murdered on the streets of Israel. Today, we are being told the reason Arabs are murdering innocent Jews is because the ‘status quo’ on the Temple Mount is being threatened. It is a false rumour that has been used before, but let us embark on an historical exercise and follow this logic to its obvious conclusion.

A Palestinian demonstrator raises a knife, during clashes with Israeli police, in Shuafat refugee camp in Jerusalem, (AP Photo/Mahmoud Illean)

This from Gaza in October 2015. For those that haven’t watched it, the call for stabbing, the knife, the religious references is highly disturbing viewing. But logic works a certain way, and in the given argument if we remove the said cause, the effect should just disappear. So let us step back a year.

It is 2014. The status quo on the Temple Mount is not being threatened. This is an attack by a 16-year-old terrorist who began stabbing Jewish customers at the Rami Levy supermarket in Mishor Adumim.

The reason given by western media and politicians alike for the violence of late 2014, was that the conflict in Gaza earlier in the year had created a feeling of desperation and a need for revenge. If that is the case, let us go further back.

It is October 2000, the conflicts against Hamas run Gaza are still a decade away, but the second Intifada is upon us, Israelis are about to be murdered on the streets of Netanya, Afula, Tel Aviv, Jerusalem, anywhere in fact that they can be reached. Two Israelis, Vadim Nurzhitz and Yossi Avrahami having accidently entered Ramallah, were ‘arrested’ by PA policemen and taken to the local police station. There they were ‘beaten, stabbed, had their eyes gouged out, and were disembowelled’ by a mob of Palestinians.

Aziz Salha, one of the ‘lynchers’, waved his blood-stained hands from the police station window. Salha was later arrested by Israel and sentenced to life imprisonment, but was released in 2011 as part of the Gilad Shalit prisoner exchange. The consensus amongst politicians and the western media was that this outbreak of brutal violence was the result of Ariel Sharon provoking the Palestinians by stepping foot on Temple Mount. If that is the case, let us go further back.

It is September 1999 and Ariel Sharon’s foot has not yet been placed on Temple Mount. Haifa couple Sharon Steinmetz and Yehiel Finfeter went hiking in the Megiddo region when they were stabbed and murdered by an Israeli Arab, Abdullah Salah Aghbariya. He reportedly first attacked Finfeter, 25, with a knife and stabbed him several times in front of his girlfriend, before hitting her with a rock and stabbing her to death. Although the terrorist suggested he had murdered these two ‘because they were Jewish’, the media and politicians of the time were having none of it. They suggested that the late 1999 tension was caused not by the self declared hatred of Jews of the terrorist, but by the friction and stagnation of the peace process. If that is the case, let us go further back.

It is 1993 and the stagnation of the peace process is yet to be seen on the distant horizon. ‘Hope’ is now the keyword as Israelis and Palestinians embark on a mission of mutual recognition that results in the beginning of the Oslo peace process. Within weeks, on 24/9/1993, Yigal Vaknin became the first of many victims of this process, as he was stabbed to death in anorchard near the trailer home where he lived. Hamas claimed responsibility. The violence over the coming years, some of the most brutal seen inside Israel since 1948 was explained away as a ‘side effect’ of the peace process itself. Over 250 Israelis died in the years immediately following the Oslo accord, sacrificed for a peace that never came. Western media and politicians explained away these terrorist actions as the measures of extremists intent on stopping the process. If that is the case, let us go further back.

It is 21 March 1989 and the Oslo Peace Process is not yet even a seed in Yossi Beilin’s mind. The first Intifada has hit its peak and Muhammad Zakut, an Arab construction worker in Tel Aviv began randomly stabbing Israeli civilians in Tel Aviv on the Jewish holiday of Purim.

Zakut stabbed three Israelis with a commando knife as he shouted “God is great.” One of the victims, Kurt Moshe Schallinger, 73, was killed as he left his car on a Tel Aviv street full of children in costume. Zakut received a life sentence, but like Aziz Salha from the Ramallah lynching, Zakut was released as part of the Gilad Shalit exchange. Around 160 Israelis were murdered during the first Intifada, with western press and politicians blaming frustration at the ‘occupation’ and the building of settlements for the outbreak of violence. So if that is the case let us go further back.

It is 1966. The entire West Bank and Gaza are in Arab hands and there is no ‘occupation’. Not a single settlement exists. The situation has been the same for 17 years and because most of the attacks against the Jews in Israel began beyond the border, the terrorists were armed with guns or explosives rather than knives.

There were massacres on buses, attacks on trains, archaeologists, cross border shootings and numerous sniper attacks. The knife still made its appearance with an attack against the odd shepherd, kidnap rape and murder of women and various random attacks where specific details have been lost through time. Between 1949 and 1967, when Israel was in existence completely behind the ‘Green Line’, hundreds of Jewish people were murdered in Israel.

Rather than take the available option and declare a Palestinian State, the PLO (Palestine Liberation Organisation) was formed in Cairo in 1964 with the intention of destroying Israel. Through all this violence, western media and the politicians placed the blame on the tensions in the region caused by the status of the refugees created during the War of Independence that followed the birth of the State of Israel. If that is the case, let us go further back.

It is 2 December 1947. There are no refugees, no occupation and Israel does not yet even exist. The Arabs of the area have not yet even labelled themselves as Palestinians. It is three days after the UN voted in favour of Partition, pushing a two-state solution that the Arabs totally rejected. The Arabs begin a riot in Jerusalem, with eight Jews reported killed. The New York Times pointed out that it was the knife that was the weapon of choice.

It is 19 August 1929. There is no partition, no Israel, no settlements, no occupation and no refugees. Adolf Hitler is out of jail, but yet to receive major popular support at an election. Zionist immigration is still on the slow dripping fourth Aliyah rather than fast flowing fifth Aliyah. A young Sephardic Jew named Abraham Mizrachi was stabbed to death by an Arab near Mea Shearim. The following Friday, 23 August, a violent Arab demonstration took place at the Western Wall and that afternoon a massacre of Jews in Jerusalem began (17 Jews murdered). The violence spread across British Palestine and in the coming days, Hebron (65+ massacred) and Safed (18+ massacred) saw the worst of the incidents.

In the beginning there was an Arab with a knife and he murdered a Jew, simply because he was a Jew. You cannot place the cart before the horse. Enough with the excuses.