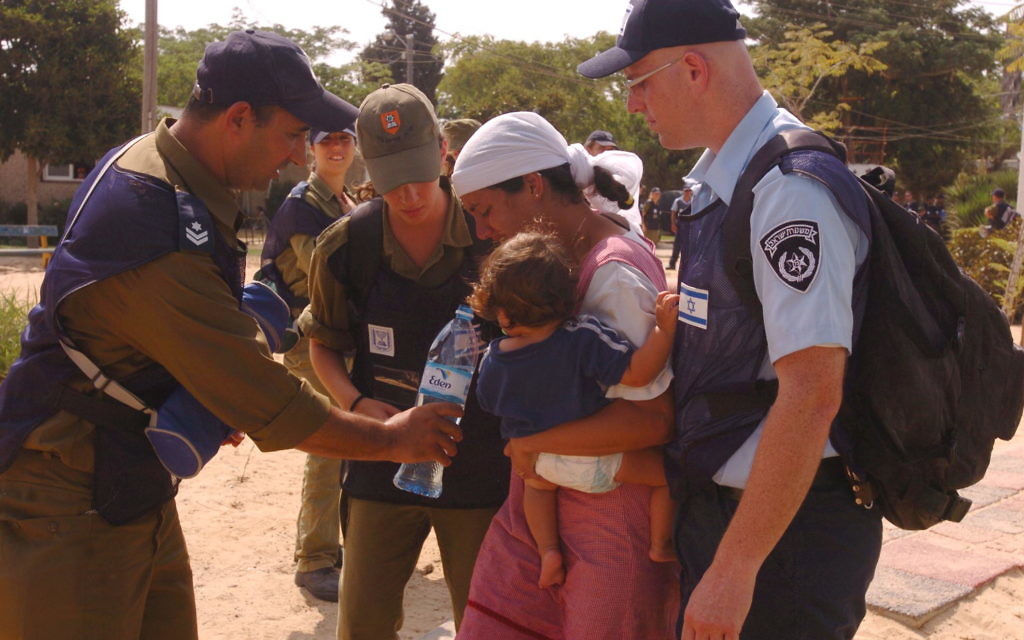 Disengagement of the Israeli community in Gaza

Ten years have passed since the expulsion from Gush Katif. I’d like to revisit the situation for those for whom the issue is now a smudge in history.

Gaza features in the Bible, and the remains of a Jewish community, dating back several thousand years, were found there.

Gaza is the place where the Egyptian army dumped unwilling Arab refugees on its flight back out of Israel in 1949.

Those refugees were then kept in prison camps, in abject poverty, between the war years 1949-1967 as though the refugees themselves were responsible for the Arab rout.

In 1967, Gaza provided manpower for the Palestinian Brigade, a component of the Arab armies confronting Israel across its southern border.

Reacting to the poverty and despair in the refugee camps, Israel moved to tear them down and relocate their inhabitants. These moves were greeted with howls of wrath in the Arab world and Israel desisted and the camps remain to this day.

The military also recognised its potential as a bulwark for defence and so the Jews were encouraged to settle in Gush Katif. The advent of Jews brings about a general increase in employment and prosperity; Gush Katif also provided an honourable living for hundreds of local Arabs.

The Jews, occupying much of the coastal strip, benefited from the glorious sandy shoreline, developed challenging forms of agriculture – particularly in the production of bug-free vegetables, grown in a sanitised environment. This project was successful both in Israel and with diaspora Jews.

The expulsion resulted in 10,000 people losing their homes. They were law-abiding citizens, invited and encouraged by the government, which accepted the dangers inherent upon their situation: where there was trouble and violence from the Arabs, the IDF was there already in situ and could readily stamp on it.

Gush Katif residents were offered compensation; some benefited from the offer, particularly those with a transportable sort of profession.

For those who stayed, it was a disaster: while compensation was paid, the banks took first call on repayment of mortgages and the owners were left with a useless pile of bricks.

Planning for accommodation to house the evacuees was inadequate; those without family or friends to accommodate them were put up in hotels.

The government paid the hotel bill for six weeks; most evacuees were still waiting for accommodation, years later and only recently was re-housing completed.

Such upheaval, displacement and uncertainty caused havoc with family life; the government provided expert psychiatric help for those carrying out the expulsion but failed completely to accommodate the expellees; marriages broke up; previously well-oriented kids became delinquents.

Ariel Sharon, the architect of this strategy benefited; suddenly, Israel was welcomed at the UN and he spoke at length in his hour of triumph; others viewed Sharon’s move as a ploy to distract the authorities from his part in the Greek Islands scandal.

Within months of the Jews’ expulsion, Hamas won the PA elections. Everyone knew what would happen: Hamas’ charter is readily available and expresses undisguised hatred for the Jewish people and a religious imperative to cleanse the land of Jews. Israel and Egypt blockaded Gaza to counter Hamas’ sworn objectives.

Ever since 2006, Israel has been subject to rocket and mortar bombardment, kidnappings, attacks from tunnels and attempted invasion from the sea. Israel has responded forcefully three times, trying to rein them in rather than vanquishing them.

Hamas sympathisers have sent three flotillas aimed at breaking the blockade and more particularly, to show Israel up in a bad light. Simultaneously, the PA and other enemies of the Jewish people have toiled assiduously in UN conclaves and worldwide to delegitimise her.

Most of this demonisation results from the expulsion from Gaza; yet there are some, in Israel and the international community, who feel that Israel “for her own good” should repeat the exercise – that is to drive the Jews out of Judea and Shomron (“the West Bank” ) to enable a “Palestinian state” – “a democratic state living side by side in peace with Israel”. This is not going to happen.

The last thing the Palestinian Arabs want is to live in peace with Israel.

Past form shows that none of the Arabs want to live in peace even with themselves and certainly not with Israel.

The international community must be encouraged to understand that the Palestinians’ goal is Israel’s destruction and not the utopia that these (sometimes) well-meaning but naïve fools desire.