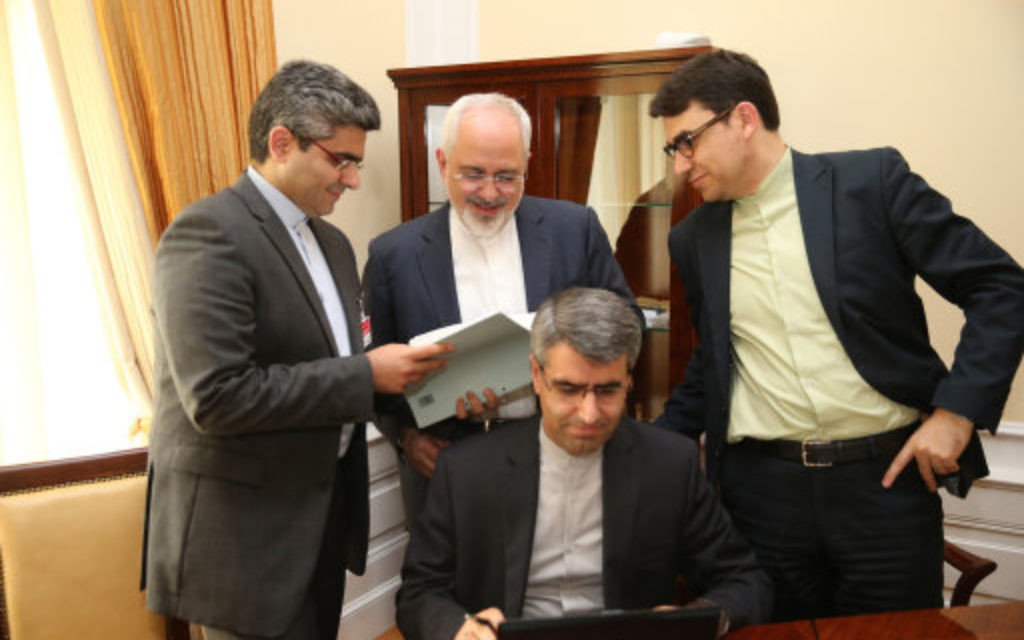 On Tuesday 14 July, Iran and the P5 +1 (UK, US, France, Russia, China and Germany) finally reached agreement on the future of the Iranian nuclear programme. A provisional agreement had been reached in November 2013, but deadlines were repeatedly missed and extended after negotiating countries failed to reach a final settlement in July 2014, November 2014, and again on 30 June 2015.

This April, negotiators reached a framework deal that established “parameters” for the final deal. Together with the Board of Deputies, the Jewish Leadership Council issued a statement outlining our concerns that this framework deal did not take into account Iran’s divisive and disruptive behaviour in the Middle East region and beyond, and which cited Iran’s support for proxies such as Hezbollah and its propagation of anti-Semitism and Holocaust denial.

For all the talk of a deal with Iran paving the way for Iran to modify its regional behaviour, it should not be overlooked that as talks between the negotiating parties were at their pinnacle in Vienna, Iran marked ‘Al Quds Day’ (Jerusalem Day) – “an international day of struggle against Israel and for the liberation of Jerusalem”. This holiday takes place on the last Friday of the Muslim holy month of Ramadan (July 10th this year) and has been an annual fixture in the Iranian calendar since Ayatollah Khomeini took power in 1979.

Any hope that Iran would – even temporarily – mitigate its belligerence while negotiations continued, were shattered when the country’s supposed reformist president Hasan Rouhani was to be found among his countrymen marching prominently in the rallies where chants of “Death to America, Death to Israel” were heard.

Indeed, according to Press TV, Iran’s mouthpiece in the West, “Iranians from all walks of life turned out in droves in the capital, Tehran, and in over 770 towns and cities across the country to show support for Palestinians in the face of Israel’s crimes and atrocities”. Iran’s elite Revolutionary Guard Corps released a statement in the lead-up to Friday’s ceremonies saying the destruction of Israel was the Muslim World’s top priority.

Al Quds Day consists of large rallies and a characteristically belligerent display of contempt for the West, including the burning of flags. This year Saudi Arabia received pride of place in the pantheon of hatred alongside more customary Israeli, American and British targets. In order to circumvent the fact that the Saudi flag bears the Shahada inscription “There is no god but God, Muhammad is the messenger of God” – which would ordinarily preclude its burning – it was depicted as a green canvas with the words ‘Al Saud’, thereby allowing for its incineration. Posters and effigies of Israel’s Prime Minister Benjamin Netanyahu, Saudi King Salman and U.S. President Barack Obama were also set ablaze.

Such a scene should serve as a reminder to us all that the U.S. and Israel remain Iran’s top enemies. The world may choose to turn a blind eye to Iran’s fanatical ideology or try to excuse and wish it away but Iran makes no secret of its intentions. We rationalise it at our peril.

When Jeffrey Goldberg recently interviewed President Obama, he asked him whether the virulent and frequently expressed Jew hatred that senior Iranian officials spew had him concerned. Walter Russell Mead wrote at length about this question and (unsatisfactory) response. Are anti-Semites ultimately rational actors who happen to hold despicable views? Or he asks, does their prejudice warp their perception of the world so fundamentally that they calculate risks and rewards differently from most Western elites?

Russell Mead argues that all forms of bigotry are ugly but that Jew hatred may well be the most damaging to the hater’s ability to understand the world. It takes the form of a belief that conspiratorial groups of super-empowered Jews run the world in secret, cleverly manipulating the news media and the intelligentsia to hide the truth of their control. Someone who really believes that is incapable of understanding the way the world actually works.

While President Obama agrees that anti-Semitism is abhorrent and that Iran’s regime is riddled with it, he believes ultimately that it is not that important a factor, and certainly does not mean Iran’s leadership should be considered an irrational actor. Much of the criticism directed at Obama has been that he believes everyone sees the world as he does.

We must hope, not just for the sake of Israel and the region but for the world, that this deal does not allow Iran to dictate terms for America’s broader Middle East policy. The releasing of billions of dollars in repatriated oil revenues will enable the regime to bolster its sponsorship of its terror proxies such as Hamas and Hezbollah in unprecedented ways. Syrian President Bashar al-Assad has already congratulated Iran’s Supreme Leader, saying “we are confident that the Islamic Republic of Iran will support, with greater drive, just causes of nations and work for peace and stability in the region and the world”. Unfortunately, there is a great danger that the U.S. will feel hostage to a deal over which it has expended so much political capital, and dither in the face of continued Iranian aggression.

The last thing anyone wants is another war. We must hope that this deal – which if implemented, gives Iran the right to enrich unlimited quantities of uranium after a decade or so – does not pave the way to one. The world powers must restate their red lines, their ability to impose them, and the consequences if they are crossed. They must also mean what they say otherwise this deal will just be another opportunity for Iran to bolster its regional ambitions unhindered.