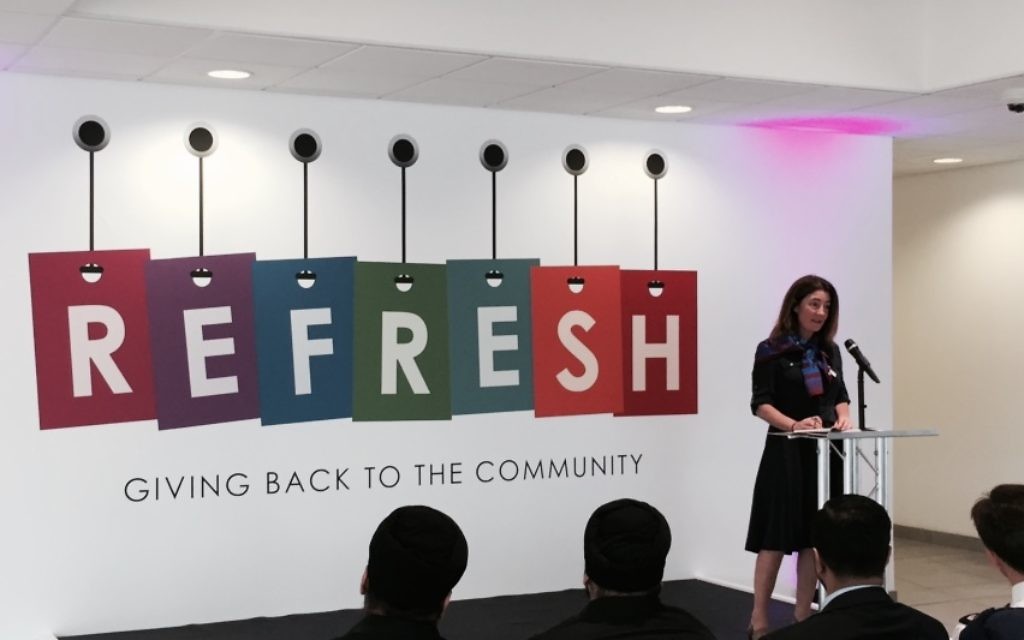 by Baroness Williams, Parliamentary Under Secretary of State for Communities and Local Government

Over the past few months you may have heard that this government intends Britain to be an island of One Nation.

But what does that mean?

Well, One-Nationism has its genesis in one of Britain’s greatest Prime Ministers, Benjamin Disraeli. It is the belief that our society exists and develops organically and that everyone in it has obligations and duties towards one another.

Put simply, One-Nationism isn’t about what the government will do. It’s about how society works.

About how people respond and interact with one another. And about giving time to those in need – helping to unlock the potential in others.

To people of faith, those traits and those values are not new. Already in my role as Communities Minister I have seen at first hand how many people are doing just that.

Last month I helped launch the new Skills Refresh Centre in Slough. The Centre is part of a £12.5m redevelopment of the former Citroën UK Headquarters and aims to provide free training and education to local people – particularly to those who could not otherwise afford it.

What makes this centre so astonishing is not that it is the first centre of its kind to offer free City and Guilds qualifications – although this is worthy indeed – but that the vast majority of building work was carried out free of charge by members of the local Sikh community.

More than a thousand volunteers participated in this ‘Seva’, which means selfless service, performed without any expectation of result or award, and is a traditional part of Sikhism.

What’s more, all of the £12.5 million needed for the development was raised once again from within the Sikh community.

This is the perfect embodiment of One Nation Britain. Where people are prepared to roll up their sleeves and muck in to help others – wherever they are from and whatever their background.

But you won’t find this spirit confined to just British Sikhs. Jewish communities have a long and proud history of both philanthropy and positive social action. So do all of Britain’s diverse faith communities, who make a significant contribution to our lives through their charitable efforts, helping to build a stronger and more cohesive society.

Alongside the countless good deeds that go on individually in churches, synagogues, temples, gurdwaras, mosques and other places of worship, we have seen faith groups establish days where the whole community comes together to improve their local area.

Mitzvah Day – where Jewish people and communities take the lead and inspire people of all backgrounds to contribute to their local area – has proven the inspiration for other faith communities. This year, for instance, saw the launch of a new charitable initiative by British Muslims, Sadaqa day, to go alongside the Hindu inspired Sewa Day.

And alongside this, faith groups have continued to work together under the Near Neighbours banner – and now the new Nisa-Nashim Jewish-Muslim Women’s Network – to not only help break down barriers but also to unlock people’s potential.

New projects continue to spring up which equip people with the skills they need to thrive. People like Talia, from Yavneh College, a pupil from one of three London secondary schools – one Jewish, one Muslim and one Christian – that have been given the chance to learn computer coding together, and have even been invited in to learn from the experts at UK Twitter HQ.

So to with the Nisa-Nashim network, a new initiative which encourages British Muslim and Jewish women to work together to help driving social action and develop their own leadership skills. Since its soft launch in June, and ahead of its formal launch in October, it has already attracted more than 200 supporters across the country.

So far – in the few weeks it has been up and running – visits have been made to mosques to understand more about Islam and women from both faiths have helped the homeless by working in soup kitchens.

Future plans for the group include business networking, leadership training and development, and simply socialising.

Programmes like this are so important because they bring together people who may not otherwise have the chance to mix. It opens the dialogue and shows that although we may have differences, it is our shared British values that matter.

The pillars of our One Nation can be built by this government, but they wouldn’t be able to stand proud and tall without the foundations being laid by our society. Our British values – and our diverse communities which share and enhance those values – have a significant part to play in building that foundation and that must never be forgotten.

As Disraeli once wrote, “The greatest good you can do for another is not just share your riches, but reveal to them their own.”