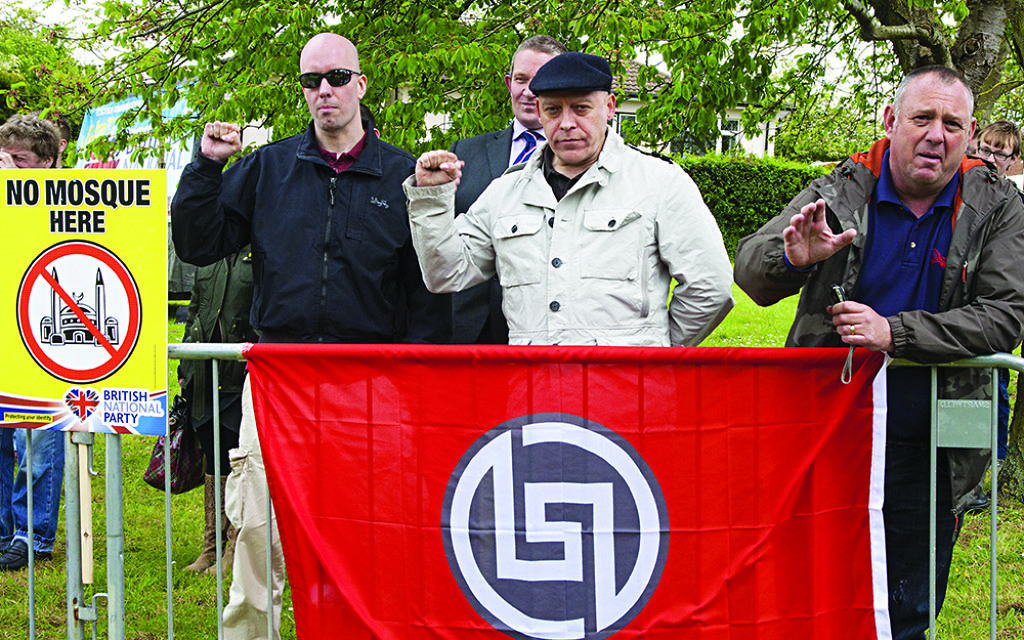 On 4th July, a rag-tag assortment of fascist groups have decided to target North London’s Jewish community, and we don’t feel we can count on the authorities that be to oppose them – so we must.

They say they want to oppose Jewish presence in Golders Green.

They may be a little late for that. Jews have been living in North London for longer than the English language has been in existence.

On previous anti-Jewish demonstrations, the fascists have been small in number and contained.

This time, they’re trying for something bigger.

Far-right groups that normally wouldn’t go near each other are attempting to join forces to combat a “common enemy”.

Their speaker line-up reads like a telephone directory of people you’d never want to meet.

Unfortunately, these sieg-heilers aren’t the only thing that scares us.

Our own community’s complacency in the face of the far-right is also disconcerting.

When Hungarian Jew-haters Jobbik rallied in January last year, Jewdas were the only Jewish group that turned up to protest them.

When the fascists marched through Stamford Hill back in March, Jewdas were again the only Jewish group resisting them.

Instead, our communal leaders sat on their hands.

We cannot allow a repeat of that.

They may argue that ignoring them will make them go away.

Have they learnt nothing from history?

Racists can only be stopped when they are confronted at every turn.

Look at the successful campaigns to stop the English Defence League and the British National Party.

They were defeated by people resisting them.

On the Jewish Left, we love to wax lyrical about the Battle of Cable Street: those glory days in 1936 when Jewish and Irish immigrants defeated Oswald Mosley’s blackshirts.

At that time, the Board of Deputies told Jews to stay home.

So-called communal leaders encouraged people to stay in their houses and let the fascists wreak havoc on their area.

Instead, Jews resisted the fascists and won.

We can do the same again.

On that day, police took the side of the fascists against the Jews.

Back then, many police were known Nazi sympathisers.

So it’s surprised us that, even today, all our previous experiences have indicated that the police are just as supportive of fascists as they ever were.

When three of our members arrived in Stamford Hill for the last demonstration, confused police officers told them: “don’t worry, we’re here to protect you from the anti-fascists” – then proceeded to kettle Jews for three hours to facilitate the Nazi demo.

Should this really be the group we turn to for protection?

We cannot count on the police to defend us.

We cannot count on the leadership to defend us.

We have to defend ourselves.

Join us to protect Golders Green on July 4th.