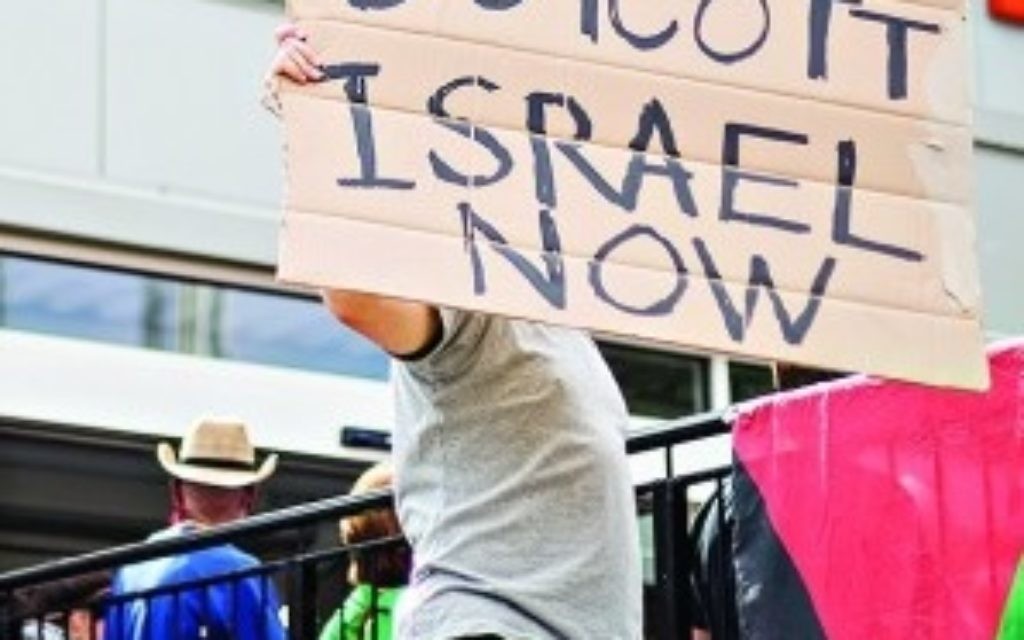 Last week, a group of 343 UK academics signed a statement in The Guardian in which they said they would terminate any links with Israeli universities. Explaining this action, the LSE’s professor Jonathan Rosenhead said these universities were at “the heart of Israel’s violations of international law and oppression of the Palestinians”.

What Rosenhead fails to see is that such an egregious action violates the cardinal principle of academic freedom. Universities thrive on the ability to pursue learning, research and critical engagement with others, regardless of their political affiliations and viewpoints.

Denying universities an international platform diminishes such relationships and prevents the free exchange of ideas. Moreover, as the author JK Rowling recently pointed out, many Israeli academics are among their country’s most vocal critics, galvanising debate about the Arab-Israeli conflict.

These boycotters claim to be concerned for Palestinians living under occupation (which they wrongly describe as “illegal”). But for all their condemnation of Israeli policy, the boycotters fail to mention the threat from Palestinian terror and incitement, the very factors that necessitate a continuing military presence in the territories.

No context is ever given for the security barrier, the checkpoints or road closures, measures which have everything to do with the country’s legitimate security concerns. They are viewed instead through a warped perspective in which a racist and colonial state oppresses and dominates Arabs.

Thus in the statement supporting the boycott, the recent stabbings of Israelis are described as “street protests provoked by Israel’s 48 year and ever tightening occupation” with the perpetrators “driven to desperation”. Palestinian terrorists are thus given a free pass for their murderous actions.

The boycotters fail to mention Hamas and its racist charter or Fatah’s hateful discourse. They similarly ignore how successive Israeli prime ministers offered to create a viable Palestinian state, only for their peacemaking to be rebuffed.

Fundamentally, these boycotters’ apparent concern for human rights is never universalised. Rosenhead and his fellow academics have little to say about tackling the perpetrators of genocide in North Korea and Darfur, the occupation of Tibet, the human rights abuses in Iran and Cuba and a host of crimes elsewhere. The assumption is that Israeli crimes sit in a unique category of evil that alone merits a boycott.

Of course, Israel must be held to higher standards of behavior as a fully functioning democracy. Yet even here, Israel’s record of human rights, while not perfect, compares favourably to other democracies facing a protracted war of terror. There has been no Israeli Abu Ghraib or Guantanamo Bay, no experience similar to the Russian onslaught on Chechnya. Israel has achieved a lower ratio of non-combatant to combatant deaths in asymmetric warfare compared with other Western countries. Yet only the Jewish state is selected for punishment.

Even more galling is the boycotters’ silence when Palestinians suffer at the hands of Arab regimes. In 1991, hundreds of thousands of Palestinians were expelled from Kuwait as punishment for the PLO’s support for Saddam Hussein.

The protest in the West was conspicuous by its absence, allowing Kuwait to get away with ethnic cleansing. An equal silence could be felt on the streets of London as thousands of Palestinians were being slaughtered by Assad and IS in Syria.

In Lebanon, Palestinians have faced institutionalised and non-institutionalised discrimination for several decades, with dozens of professions barred to them. According to Amnesty, this contributes to “high levels of unemployment, low wages and poor working conditions”. In Jordan, Palestinians also suffer political discrimination, being vastly under-represented in the Chamber of Deputies.

If these academics were really motivated by concern for the Palestinians, they would condemn Middle East regimes that made them second class citizens. They would demand a full academic boycott of Lebanon, Syria, Jordan and Kuwait. The fact that the boycotters target Israel alone reveals that it is not Palestinian suffering per se that motivates them.

Ultimately, these boycotts are not about creating a fair and lasting solution for Israelis and Palestinians, laudable as that is. They are about demonising, denigrating and ultimately dismantling Israel as a Jewish state. In effect, if not in intent, this amounts to a wholly malodorous and transparent form of anti-Semitism.