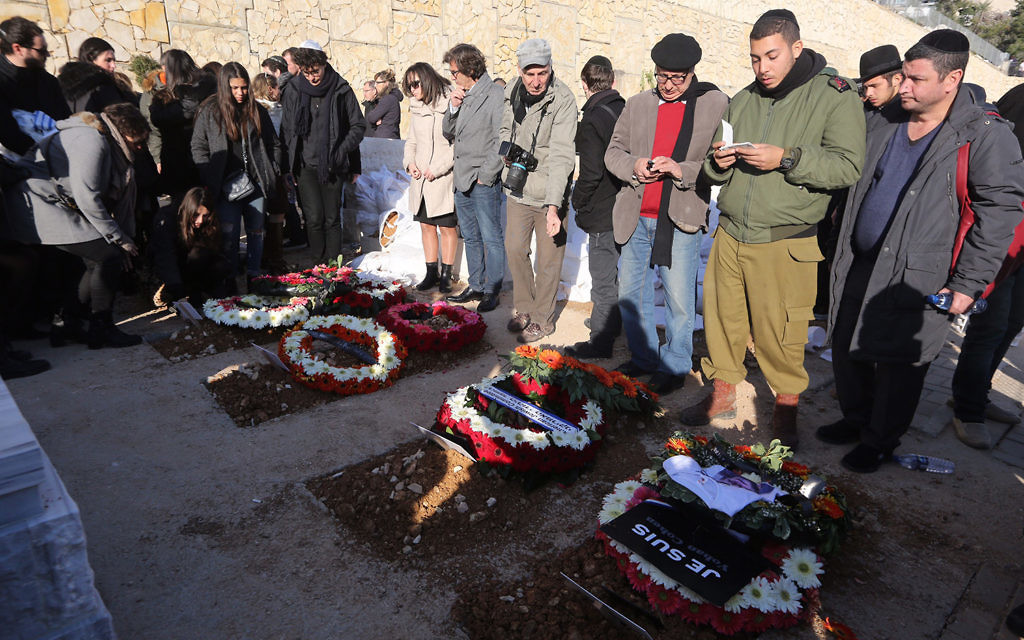 The parallel moral universe inhabited by Europe’s chattering classes and celebs was starkly exposed last week. In Paris, shortly after the Charlie Hebdo massacre, an extremist stormed a kosher store, terrorised its patrons, and murdered four of them. Their crime? Jewishness.

And yet as this act of anti-Semitic barbarism was taking place, what were the opinion-forming set and the right-on glitterati worrying their well-groomed heads about? Islamophobia. The possibility of post-Charlie Hebdo violence against Muslims. They fretted over violence that hadn’t occurred, rather than violence unfolding before the world’s eyes in a store frequented by Jews.

So we had the bizarre spectacle of British newspapers thundering about a possible outburst of anti-Muslim madness at precisely the moment an outburst of anti-Semitic madness was taking place. Beware “Islamophobes seizing [the Charlie Hebdo] atrocity to advance their hatred”, hollered the Guardian as an anti-Semite was seizing a kosher shop to advance the world’s oldest hatred.

The day after the assault on the kosher store, three of the top 10 most-read articles on the Guardian’s website were dire warnings about potential Islamophobic violence post-Charlie Hebdo. Some folk seemed more concerned about possible attacks on Muslims than they were about actual attacks on Jews.

The gaping disconnect between observers’ fears of what would happen in France after the Charlie Hebdo massacre and what actually did happen was summed up in comments made by George Clooney. On Monday, as the bodies of the four murdered Jews were being prepared for the flight to Israel, Clooney was telling fawning hacks about the scourge of “anti-Muslim fervour” in Europe. It got to a point where it wouldn’t have felt surprising to hear a journalist say: “Oh no, Jews have been attacked – will this cause yet more problems for Muslims?!”

Of course, it’s entirely legitimate to worry about a backlash against Muslims in the wake of Islamist terror. That some blank grenades were thrown into the courtyard of a mosque in France suggests there are indeed Muslim-loathing hotheads. But there’s no escaping the fact that observers struggle to acknowledge the seriousness of anti-Semitism. They find it easier to fantasise about a mob-led war on Muslims than to confront the real, growing problem of Jew-baiting.

We saw this last year, too, when there were numerous anti-Semitic outbursts during the Gaza conflict. Those who pose as progressive, who instantly reach for political placards whenever Muslims or another minority suffer abuse, didn’t say much. They fidgeted, ermed and ahhed, or, worse, offered an apologia for the new anti-Semitism. “If Israel didn’t treat Palestinians so badly, maybe Jews wouldn’t get attacked”, they hinted

This ugly excuse-making for anti-Semitic violence reared its head again this week when a BBC reporter in Paris, Tim Wilcox, said to a shaken French Jewish women that “the Palestinians suffer hugely at Jewish hands as well”.

In short: maybe there’s a logic to anti-Semitic violence. Maybe it’s just a reaction to Israeli – or as Wilcox put it, “Jewish” – wickedness. Maybe you deserve it. Wilcox expressed a common view in right-thinking sections of society: that anti-Semitism isn’t quite as bad as other forms of racism because it’s often misfired anger with Israel.

We’re witnessing the terrifying meshing together of anti-Zionism and anti-Semitism, with those who claim merely to hate Israel often slipping into expressions of disdain for “the Jews” and targeting Jewish shops for boycotts.

Indeed, if Amedy Coulibaly, the killer in the kosher store, thought a simple shop was an appropriate place to act out his foul radicalism, it isn’t hard to see why: anti-Israel protesters have been targeting Israeli-linked or just Jewish-owned shops for years now. Jewish produce, Jewish shoppers – all fair game, apparently.

The increasingly unhinged nature of many leftists’ loathing for Israel has led them to problematise the Jews themselves. They speak darkly of Jewish lobbies, of super-powerful forces making our leaders kow-tow to Israel. Their swirling, borderline conspiratorial fear of Israel means they often cross the line from yelling at Israel to wondering about the trustworthiness of the Jews.

It’s a rehabilitation of the idea of the Jewish burden. Once, Jews were made to carry the burden of having “killed Christ”; now they’re forced to shoulder responsibility for everything Israel says and does. They’re marked, suspect, not as sympathetic as other minorities.

This is really why many European leftists find it hard to stand up to the new anti-Semitism: because they played a key role in unleashing it.