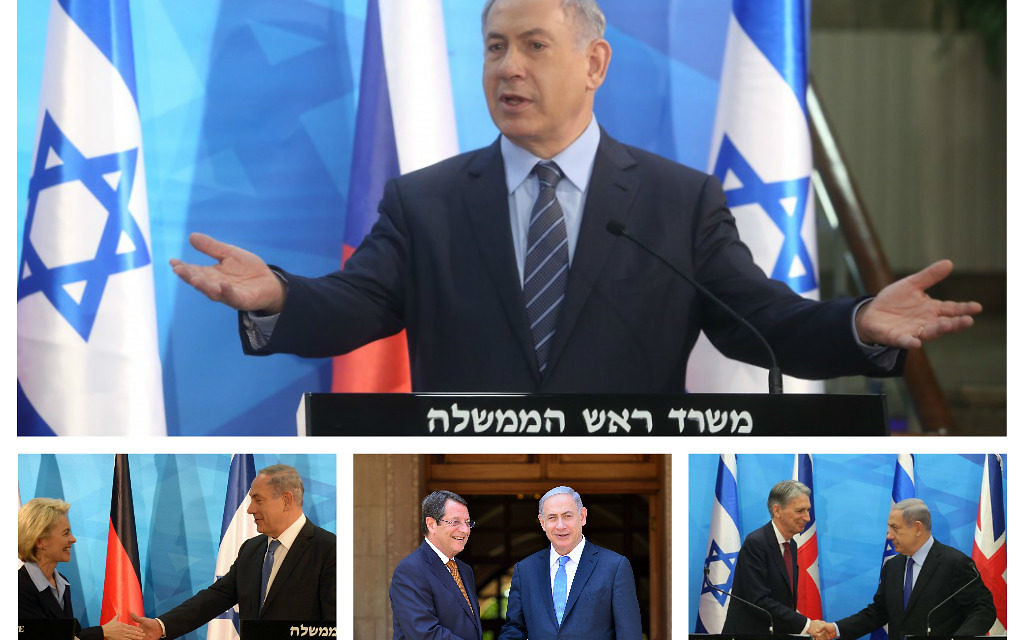 Have you ever lost touch with a friend that you used to get on with? You aim to stay in touch but then after a while it doesn’t happen. The time of absence becomes embarrassingly long and instead of trying to rekindle things, it’s easier to let things slide. One side feels bitter at the spurn while the other is oblivious and just carries on with their life.

That’s what the EU-Israel relationship feels like just now.

The last Israeli Prime Minister to visit the capital of the EU institutions was Yitzak Rabin. That was 20 years ago. By any definition that’s one hell of a gap between visits.

And the EU isn’t best pleased.

I’m in Israel often, and on flights there I’m invariably sat beside someone who over the meal or drink inquires as to my visit. I tell them I am a director of a public affairs and press organisation that seeks to bring the EU and Israel closer together.

The answer is 99.9% the same and a variation of this: “Kol Hakavod, but you are wasting your time, Europe doesn’t understand us and we have given up on it, but hey thanks for trying.”

Whether we like it or not, the EU’s influence on world affairs is growing. The heads of the Institutions have simply invested too much in the EU’s foreign policy arm – the European External Action Service (EEAS) – and in the appointment of a dedicated High Represenative in Mrs Mogherini, not to say opening EEAS offices around the globe, to not elbow their way onto negotiating tables in areas of conflict around the globe.

And in the European Parliament, pro-European parties who make up a majority of MEPs are 100% behind the initiative. Like some banks were in the financial crisis, the EEAS is the political definition of too big to fail.

Let us be honest, the EEAS has not exactly covered itself in glory when it comes to the Middle East since it’s creation. It’s influence in Egypt, Syria, Libya and latterly Iran has been benign at best, or a downright failure at worst.

The service and the many parliamentarians who support it need a success story. And their collective eyes have settled on the Israel-Palestinian conflict.

And they will use any means at their disposal to get Israel’s attention.

We anticipate a European Parliament statement on the Middle East peace process very shortly. The texts are being drafted as I write and my organisation and others in Brussels, are meeting MEPs to see what we can do to soothe the situation and get a decent outcome.

In the absence of a proper high-level dialogue between Israel and the EU, we will most likely see a strong and ill-tempered resolution that will call for an end to settlement construction.

With this will come some graduated sanctions, where the labelling of settlement products is a distinct likelihood.

All of this is borne out of frustration. Frustration at being ignored and frustration that the Prime Minister would rather spend his time in Milan, London, Paris or Berlin without even contemplating a courtesy call to Brussels.

Which brings me back to friendship. Of course I get where Prime Minister Netanyahu is coming from.

It’s always easier to go see old established friends where you are guaranteed a warm welcome like the US Congress and Senate, or make new friends who don’t ask you any awkward questions like China or India.

But Israel has many, many friends in the EU. We meet with them everyday.

They care passionately about the country, and only want the best for its people. We meet parliamentarians, senior staffers and civil servants who all want to help. Bar none they are all fed up with hearing a lop-sided narrative, and who eagerly want to make a difference. Above all they just want to understand, to be briefed and feel that their efforts are reciprocated.

That is why it’s a diplomatic and strategic mistake to try and bypass the EU.

It takes two to tango, and right now the EU feels like a scorned lady on the diplomatic dancefloor.

As we approach the New Year, we look at our relationships and friendships and we seek to make amends.

It’s time the Prime Minister had a proper look at his with the EU.