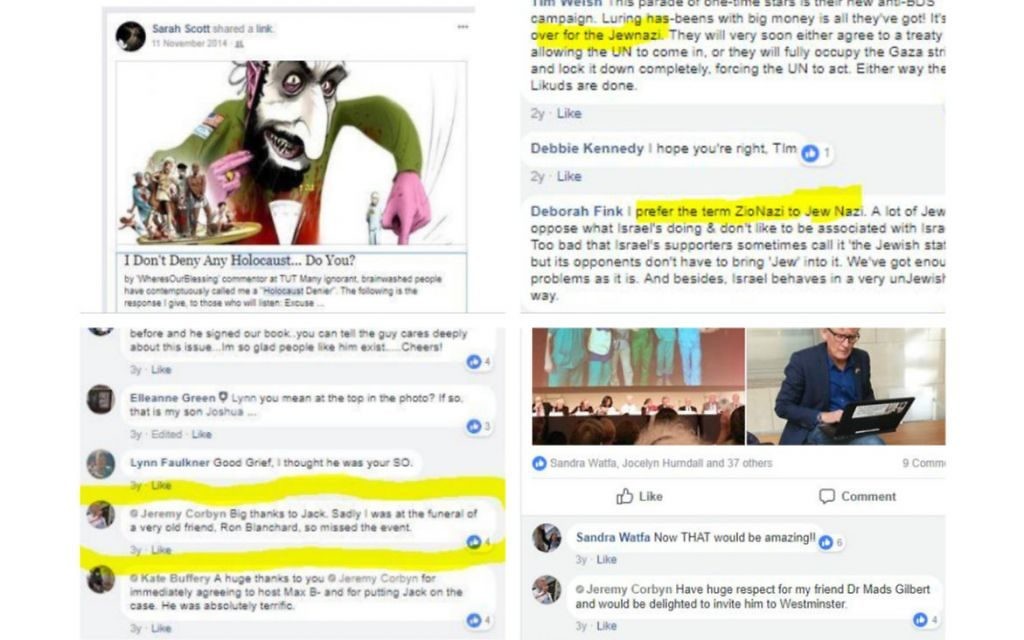 I have just published a 290-page report about antisemitism inside a Secret Facebook Group called ‘Palestine Live’.

It is true, that as with my previous research into Palestine activist groups, the images that are shared are sickening, but in this case, this isn’t the most disturbing element of the study.

The frightening aspect was the make-up and dynamic of the group, this group consisted of anti-Israel royalty. MPs, a sitting member of the House of Lords, journalists and leading representatives from most of the activist organisations.

And underneath their feet, protected by this legitimate cover, all the elements that exist in the shadows were mingling together as one, Holocaust Deniers, Rothschild Conspiracy Theorists and White Supremacists.

Labour Party leader Jeremy Corbyn had been a member, and the party have opened-up an enquiry into the antisemitism that was uncovered.

They will no doubt look at the report, find a few horrific images, suspend a few members, and shout from the rooftops that the problem has been dealt with. 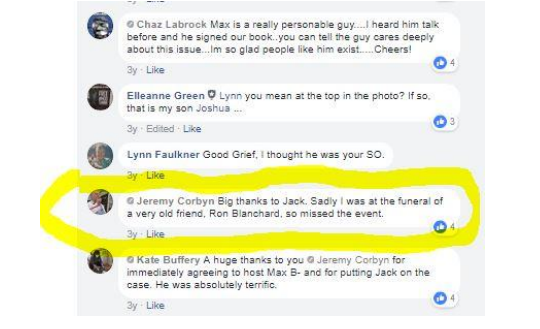 Yet, this isn’t about a Holocaust Denier supporting the Labour Party, the real issues here are all connected to the ‘enablers’ and ‘gatekeepers’.

Palestine Live has over 3,000 members, it has existed for four years, the virtual footprint is massive, and yet it took a Jewish person who fights antisemitism by going undercover, to publish a story about it? Not a single anti-racist who entered the group saw it? Nobody thought that this level of anti-Jewish racism needs to be reported on? Not one?

This is the scariest lesson I learnt, as I saw MPs exchange niceties with people who just happen to also share material that promotes the Protocols of the Elders of Zion. If we are not there to point it out – nobody notices anything. Ever.

How many people who may themselves not be antisemitic are involved in this group?

Imagine just for a moment, the racist obsession of this group was not Jews, but another minority group. Thousands of disgraceful, racist posts all targeting one specific community. What normal person would ignore them or pretend it wasn’t really that serious?

This blindness allows antisemitism to move freely and spread under a legitimate facade, these people are the ‘enablers’.

There are also well-known members of Palestine Live who have spent much of the last two years seeking public platforms to claim there is no antisemitism problem in the Labour Party, whilst all the time they were swimming in this antisemitic soup, making friends with antisemites and teaching them to say ‘Zionist’ instead of ‘Jew’.

These people are the ‘gatekeepers’.

These are the two central issues. The ones who innocently do not see it, and the ones who for ideological purposes actively work to hide it and pretend it is not there. It is this combination that presents the greatest threat, because when they become wed together, the result is that hard-core antisemitism spreads in normal society, not just in the dark corners.

It is a wasteful exercise to spend major resources hunting down a twisted antisemite. We need to shake the trees they live in and see what falls out. That is what I did with my report, I shook a tree, and looked what fell out. And as almost nobody else is doing it, once again it is down to us to do it for ourselves. Go out – shake a tree.