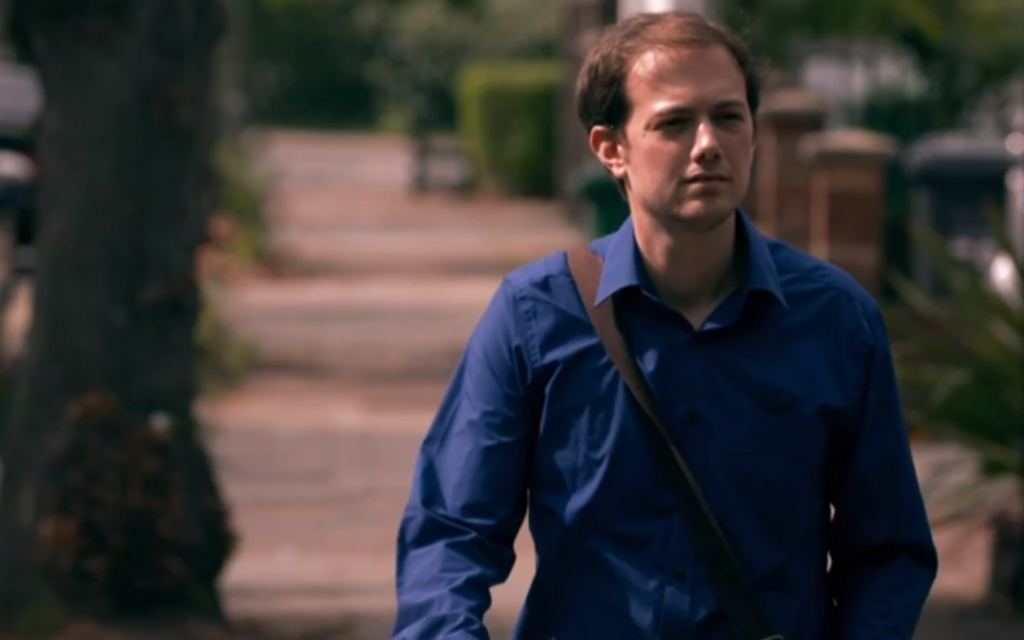 Richard Verber during the documentary

My wife cried during the final of The Great British Bake-Off. Twice.

You’d think it difficult for a show ostensibly about cupcakes and flans to make a grown management consultant cry, but that’s because the secret to Bake-Off is that it’s not really about baking. Sure there are terrific tarts and soggy soufflés but the hit ratings – some 14 million of us tuned in to last week’s final – come from the carefully crafted combination of contestants.

It’s the same logic with all reality shows. The Apprentice isn’t really about business: we watch in eager anticipation of some pompous banker getting a dressing down from Lord Sugar before being fired.

The X Factor isn’t really about singing: we’re moved by the heart-breaking stories of the wannabes’ lives which we know to be heart-breaking because the sad music comes on telling us to be sad.

So when the BBC asked me to take part in a documentary looking at racism in Britain – ‘Is Britain Racist‘ –  it took me a few days to agree. Sure, it’s an important subject and yes, I’d do my best to represent our community well but given the golden rule that television has to be entertaining, how seriously would it be treated? I had a number of conversations with the producer and director and checked with my boss at World Jewish Relief and colleagues at the Board of Deputies and CST.

Once I was satisfied that I wasn’t going to ruin my reputation or get fired or embarrass the Jewish community, I signed up.

The premise of the show was to examine what it’s like being Muslim, black or Jewish in Britain today: are people treated differently because of how they look?

As someone visibly Jewish because of my kippah, I was asked – along with Hanna, a Muslim and Deji, who’s black – to take part in a series of tests. These were hardly scientific experiments but would offer a snapshot of British life.

First up was a trip to Oxford Street’s department stores. We had to trigger the shop alarms to see if the security guards would stop us and search our bags. Would we be treated differently? I set off eight alarms but was never stopped. Hanna was searched once and Deji three times.

Next, in an Apprentice-like challenge, we were asked to give away free doughnuts as quickly as possible. There are lots of reasons for not taking a doughnut of course – perhaps you’re gluten-free or more likely, why trust a complete stranger handing out food on the street?! Deji and Hanna were both quicker than me though when Hanna donned a niqab rather than just a hijab it took much longer.

Our final test was to go to a part of the country where we’d be a minority. Hanna went to Dudley and received some unpleasant comments, Deji travelled to Somerset where nothing untoward happened and I was sent to Bradford for a day.

I wasn’t asked to do anything provocative, just to walk around different parts of the city to see what happened. It started strangely. After leaving Bradford train station someone shouted: “Jewish military!”. I’ve never been confused for a solider before – and if you meet me you’ll see why. I don’t know if it was anti-Semitic or just weird, but on walking away one of his friends was caught on the secret camera saying that I had got “too close for comfort”.

The rest of the day was quite pleasant – people helpfully offered me directions and a number of British Asians said hello as I walked by. But just before leaving Bradford a young Asian driver honked his horn on a busy street and swore at me. Half an hour later something similar happened.

I was upset at having been a victim of antisemitism but really angry that people thought it was ok to behave that way.

This was only one person’s experiences, on one day, in one city and so can’t be used to draw broad conclusions. But while I don’t think Britain as a whole is racist, it certainly does have racists in it.

It’s odd seeing yourself on TV but although they had days of footage to edit and compress, the programme was a fair reflection of what happened.

The only thing that bothered me when watching it was that my wife didn’t burst into tears. Not even once.

You can watch ‘Is Britain Racist’ here.