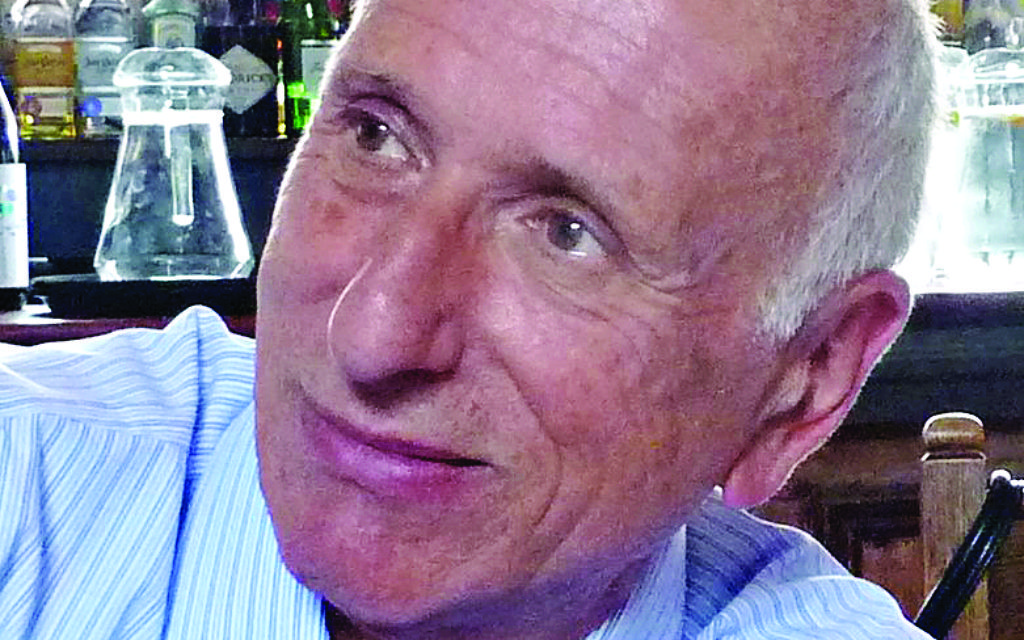 The signs were there early on. One Chanukah, around 1982, when the child was three or four, I bought her the best dolls house in the toy shop. After some initial curiosity, it was discarded and sat gathering dust until we eventually gave it away. Later came the insistence on wearing football shorts as her foundation garment of choice, even under the pretty velvety dress she wore to her brother’s barmitzvah. And she was the best at climbing ropes in her primary school.

As for me, I was happy to have a tomboy for a daughter. Going in for a tackle in an 11-a-side football game [the other 21 were boys] indicated a spiritedness rather than a misplaced sense of identity. So what? The child continued to exhibit a love of furry stuffed animals and enjoyed going on play dates and sleepovers with girls.

In time, though, on learning from their own daughters that our child was speaking of her ambition to become a boy, the mothers put their foot down and the invitations ceased.

Then did we pause to wonder.

And when the child started secondary school, there began the daily ritual, on returning home each afternoon, of changing from the compulsory girls’ uniform into boys’ clothes. But the thing about this school – Mill Hill County High – was that the teachers were understanding and most children who went there accepted the child for who she was and there was no overt bullying. And, most important of all, the child made a friend who was on his way to being gay and they were there to support each other.

But then puberty reared its head and with it came breasts and periods. While the breasts could be flattened with tightly bound bandages, the other thing led to a sorrow for the awful physical reality of her gender which left the child wailing loudly in her room, and my wife and I powerless in the face of her, and our own, despair.

Gender dysphoria. We learned the name for it on our trips to St George’s Hospital in Tooting, which has a unit for young people who believe – whether by nature or nurture, we do not know – that they were born into the wrong body. So began a period of therapy for the child, initially fruitless as she was reluctant to talk, but thereafter, with the help of a gifted therapist, progressively rewarding for her sense of self.

Eventually, the time came for the young person to go to university, attending from day one as Adam, the name given to the first human creature. Of course, our Adam, unlike the one in the Bible, had to rely on the breast bandages and a regular dose of Sustanon to provide the testosterone to deepen his voice and grow hair on his cheeks.

Two years ago, Adam and his partner entered into a civil partnership. The ceremony took place at Stoke Newington Town Hall and the reception was in a local gastro pub.

The best man was the gay friend from Mill Hill County High. The bride [female], who isn’t Jewish but was working for a synagogue at the time, and the groom [female to male] wore matching suits.

The bride’s sister flew in from New York with her Jewish boyfriend, the groom’s brother [a Reform rabbi] and sister-in-law, from Las Vegas. The toilets were unisex. To get to the bar you had to navigate the lesbians. So, just like any other function you have ever been to!

Earlier this year, Adam and I did a hike in the Lake District for charity. It was the first period of days we had been alone together in 20 years. I could have spoken of the pain I once felt, but you know, we had terrific fun, him scampering over the fells, me losing my balance attempting to keep up. I may have fallen a few times, but I got to my feet.

As a parent, you want your kids to grow up in your image and after your likeness. Mostly it happens. Sometimes it doesn’t. And when it doesn’t, you just have to make the best of it.

• Adam and Lawrence will participate in an LGBT panel evening at Edgware and District Reform Synagogue under the auspices of Keshet UK, which promotes equality and diversity for lesbian, gay, bisexual and transgender people in the Jewish and wider communities, on Tuesday 15 December at 8pm