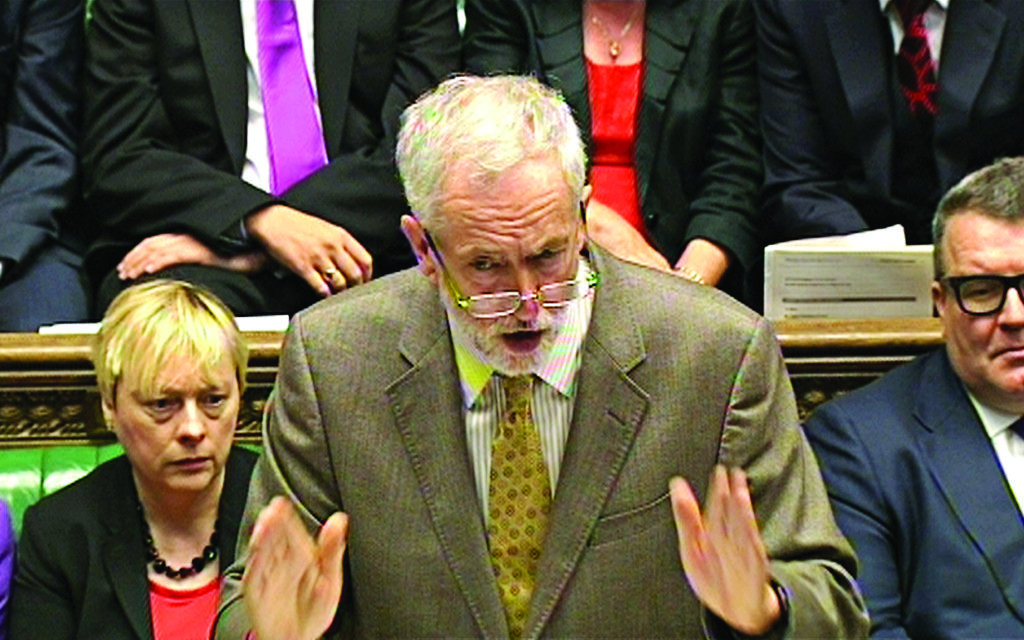 When a heckler screamed ‘Say the word Israel, say the word Israel!’ during Jeremy Corbyn’s speech at this week’s Labour Friends of Israel meeting at the Labour Party Conference, he was giving voice to the disappointment and frustration felt by many in the room in Brighton – even though many would strongly denounce the protester’s method for logging his complaint.

The more generous spirited might suggest Corbyn’s omission was a simple oversight; an error caused in part by fatigue towards the end of a Conference at which he had already given 38 speeches including the biggest of his career earlier that day. After all, he’d shown little reluctance to utter the word during his appearance at a community hustings initiated by LFI during the leadership campaign (when he mentioned Israel by name 17 times in the space of a 25-minute period).

Either way, the events of Tuesday night will do little to reassure our community or supporters of Israel – who are already concerned by the Opposition Leader’s previous statements and links. He also failed to mention some of the basics, such as explicitly speaking about an Israeli state living alongside a Palestinian state or make reference to the fact Israelis also suffer in the conflict. This cemented the concern in the room on Tuesday night.

No one expected a 180-degree reversal on the new Labour chief’s long and honestly-held positions, but this speech offered next to nothing to those looking to the new Labour leader to show he is ready to acknowledge there are two sides to the conflict – never mind that describing Hamas as “friends” might be an issue. Public acknowledgement that Israel does so much for the world may have to wait a while. But, it could have been worse.

Those who care about Israel and the Labour Party were left grasping the fact he was even at the meeting at all. The fact he did so was neither a given or something that could have been easy for a man whose colours are so clearly pinned to the Palestinian mast. It may sound like clutching at straws but the fact he appeared alongside – and spoke briefly to – Israel’s deputy ambassador at least separated him from George Galloway.

Yes, not mentioning Israel by name was significant, but so was the fact that he made no reference to boycotts – not even of West Bank settlements. Given his reputation for sticking to his guns and saying what he means, nor is it insignificant that he appeared ready to accept there are “restrictions” on Gaza after initially referring to it as “a siege”. One wonders what they made of that at the Palestine Solidarity Campaign, where he remains a patron but whose reception he did not address this week.

Only time will tell how significant any of this is. It was left this week to his shadow foreign secretary to say some of the things he didn’t or couldn’t (one Labour figure at the reception suggested such a pattern could become par for the course in all manner of topics). Indeed, Hilary Benn rose to the occasion. If his messages are a dominant force in shaping the party’s approach on the Middle East, there is every reason to hope for balance – even if there will be issues on which many in the community disagree.

Elsewhere at the conference, there were reminders that the party is about more than just one man. The decision not to press the nuclear button by debating Trident and the huge audiences at fringe meetings held by Progress and Labour First – both on the right of the party – show the moderates have not gone away though the pressures on them are likely to grow from here.

Nevertheless, Jeremy Corbyn is now Leader of Her Majesty’s Opposition – elected with a huge mandate which means he won’t be going anywhere for a while – and dialogue with him and those around him is vital. We trust that the more exposure Corbyn gets to Israel’s case and the Jewish community, the more he will empathise and understand. Positions the party takes on fundamental issues like boycotts may rest on it.