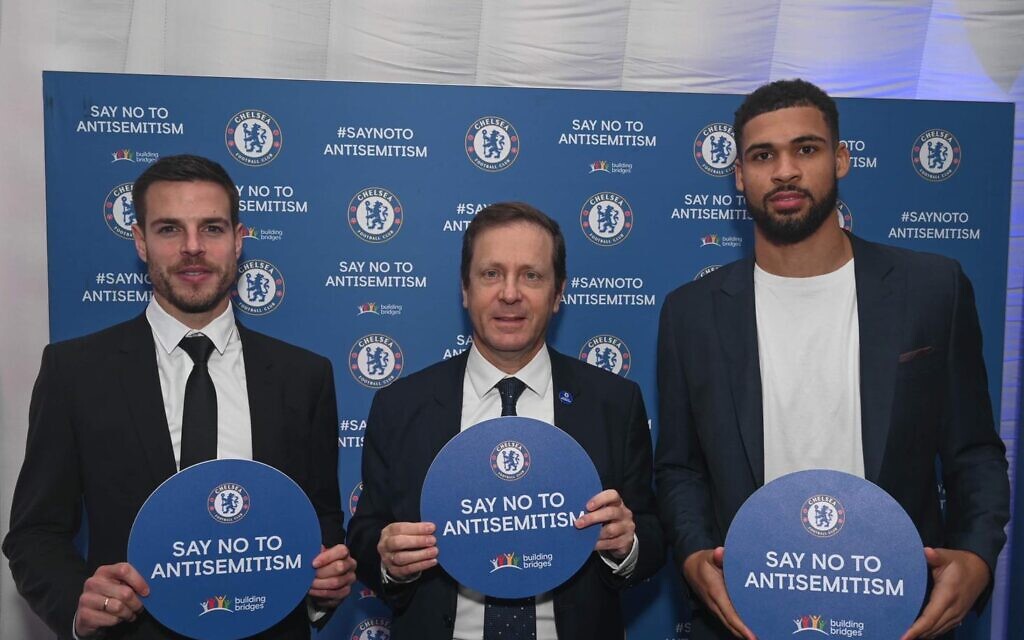 The world has just marked International Holocaust Remembrance Day. But in Europe, every day is a reminder of humanity’s darkest hour. The sites of deportations and ghettos in so many cities represent the gaping void of entire Jewish communities which simply vanished. In every field, European life would never be the same – great thinkers, musicians, writers and academics were lost forever.

So too were so many sporting and in particular, footballing talents. Earlier this month, I was honoured to speak at a special event hosted by Chelsea Football Club, unveiling an incredible mural, to mark Holocaust Memorial Day. It is part of the outstanding campaign undertaken by the club, taking a leading role in combatting antisemitism. The mural is painted by Israeli-British artist Solomon Souza and it depicts three footballers who were sent to Nazi death camps – Julius Hirsch, the first Jewish player to represent Germany and Jewish Hungarian player and manager Árpád Weisz who both perished, plus Ron Jones, a British prisoner of war known as the ‘Goalkeeper of Auschwitz’. Jones is emblematic of so many British football careers which were lost or disrupted. Legends such as Wild Mannion and Ted Drake would have achieved even more, had they not been fighting the evil of Nazi Germany.

We have an indication of exactly what was lost, from those who survived. Most famously, Bela Guttman, a Hungarian-born Jewish footballer, lived through the Holocaust while the rest of his family were murdered. Guttman went on to become one of the finest football coaches of the twentieth century, leading Portuguese giants Benfica to two European Cups, having also coached the likes of AC Milan. Guttman’s team-mate as a player in the 1920s for the all-Jewish side Hakoah Vienna, Erno Schwartz, later coached the United States national team. Hakoah’s former-president Arthur Baar would go on to coach the nascent Israel national team. Tragically, the vast majority of Jewish footballing talent met the same end as six million other European Jews. 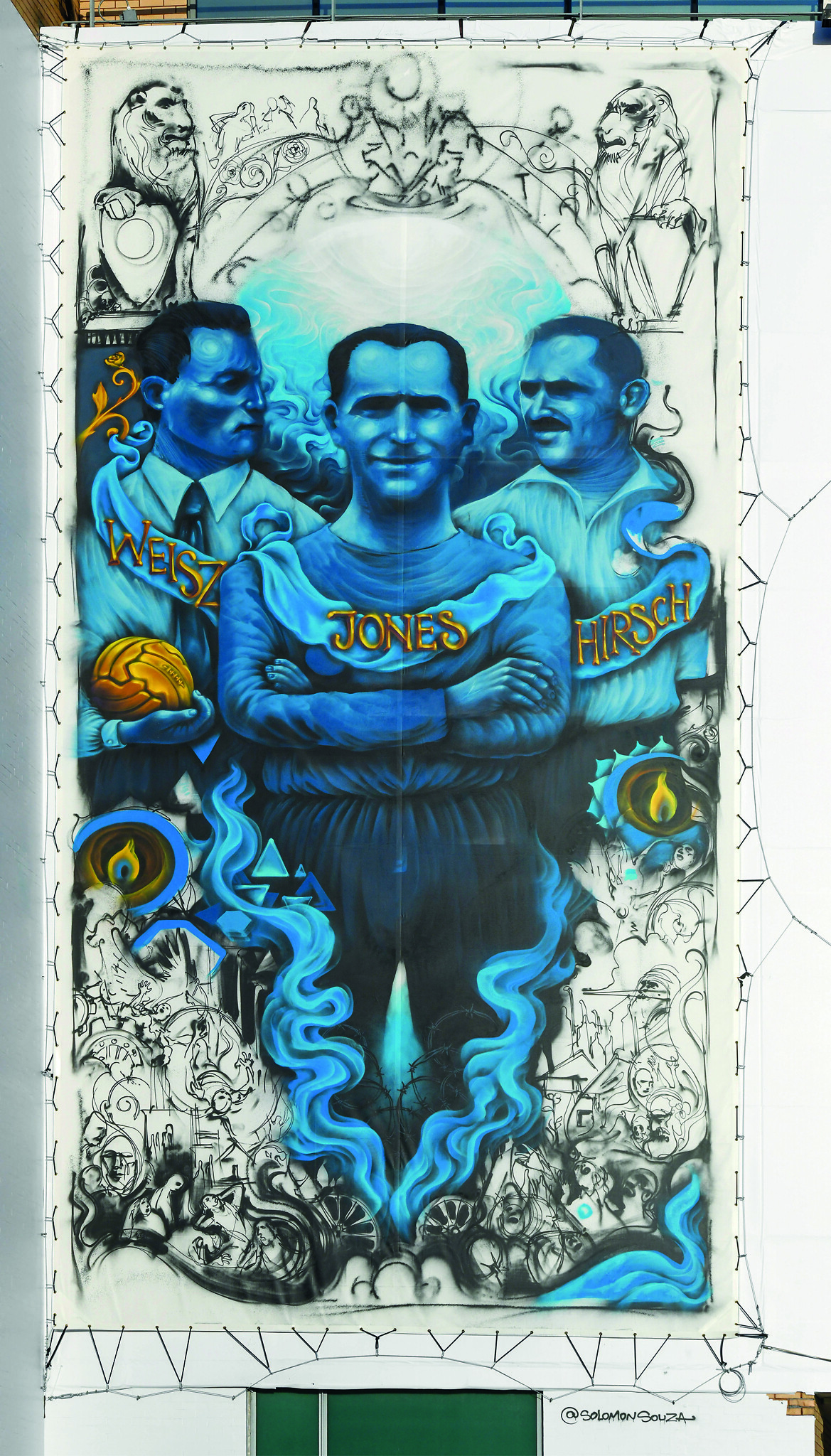 It is a tale which today’s football world would do well to internalize. 2019 has seen a catalogue of worrying racist incidents involving football. In the English game, offensive chanting has been reported in stadiums, while individual players have faced abhorrent abuse both online and from the stands. Many of these incidents have been well publicized and yet they persist. Elsewhere in Europe, the problem is perhaps even more acute, culminating in England’s Euro 2020 qualifier in Bulgaria twice being halted due to racist abuse from home supporters.

While the attempted annihilation of European Jewry is incomparable, unique in its evil, its scale and its scope, hatred in all forms must be fought uncompromisingly wherever it is found, before the consequences become unimaginable.

The danger to football is twofold. Firstly, if allowed to continue, there is a danger that black and other minority players will be turned off from the game. Why should they want to make the very real sacrifices of professional sport, in the knowledge that they may be victimised purely because of the colour of their skin. To tolerate racism in football, is to risk losing outstanding sporting talent. It would hand a posthumous victory to those who so brutally snuffed out the talent of Julius Hirsch and Árpád Weisz, memorialised at the Chelsea mural.

Secondly, football has a uniquely popular appeal. Celebrities and public figures all have an incredible ability to reach and influence the masses. Yet, there is no sport, perhaps no other form of entertainment that can match football’s ability to bring people together. It is the common passion which unites people of all backgrounds, across borders. As such, football has a responsibility to be a sport of values and principles. Should football be permitted to become a crucible of hatred, the message it would send to wider society would be extremely damaging.

Holocaust Remembrance Day gives us an opportunity to pause and reflect. We should take the chance to remember the suffering of those who fell at the hands of Nazism. But we must also be fully aware, that the Holocaust brings a timeless message. Like all diseases, once allowed to take root, hatred and intolerance are hard to contain. Recalling the Holocaust should be a rallying call to fight all forms of discrimination, wherever we find it. Football must do everything possible to root out racism, for the sake of the sport and beyond. Chelsea is bravely and uncompromisingly leading the way in this battle, paving the way for others in the game to follow. The stories of those memorialised at the club’s Stamford Bridge mural should inspire to ensure that the darkness of hatred is never again allowed to overshadow the joy of sport, of bringing people together, of life itself.