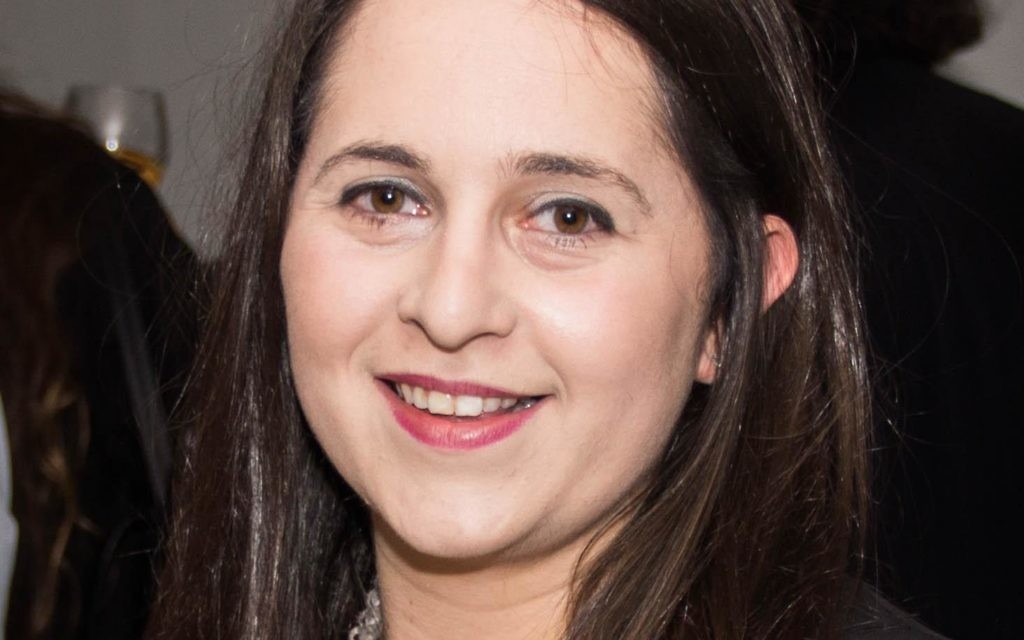 By Sophie Dunoff, Public and Parliamentary Affairs Officer, Board of Deputies

I have just returned from Tiberius, where I was honoured to be a participant on the International Nahum Goldmann Fellowship (NGF) programme, sponsored by the Memorial Foundation for Jewish Culture.

The fellowship, under the leadership of the impressive Rabbi Jeni Friedman, aims to provide diaspora delegates with intensive and thought-provoking experiences in Jewish learning, living and leadership. They certainly exceeded their remit.

Above all, I brought home with me the belief that here in the UK, despite some of our significant challenges, our community gets a lot of things right.

I’d been assured the fellowship would be meaningful and constructive but I wasn’t entirely sure what I had signed up for (NGF consciously operates slightly under the radar). I was to spend a week with 44 Jews from Mexico to Montenegro (yes, there are about 300 Jews there – who knew?).

They represent the spectrum of our contemporary Jewish world, which was conducive to difficult and passionate debate. Together, we worked through difficult and vexing issues such as the meaning and future of klal Yisrael (Jewish people), how we can maintain and further our communities and how to keep people interested and future generations engaged and inspired.

We looked at this not just from a religious perspective but considered the various ways in which Jews choose to identify, recognising that faith and religious adherence only accounts for one part of our Jewish world.

To be able to hear perspectives from both a modern Orthodox and reconstructionist rabbi on these issues in the same forum was a feat in itself.

I was inspired to learn not just about innovative global Jewish initiatives, but also about steps being taken in Israel itself to reengage people with a richer Jewish identity. This was highlighted by the example of the newly established Tel Aviv Centre for Jewish Life, which is enhancing Jewish communal experience for its 20,000 strong international community thanks to its co-founder and director Cynthia Ferman.

Working as the public and parliamentary affairs officer for the Board of Deputies, I am well aware of the eclectic and sometimes disparate groups and individuals that make up the UK Jewish community.

We are characterised by our variety of denominations, charitable and cultural institutions.

We hold varying political views, both domestically and internationally and we have enough organisations to provide safe spaces for most of these views.

However, some subjects can divide us in a way that challenges our ability to talk to one another. I was interested to hear how other communities cope with these challenges or in some cases don’t have to deal with these issues at all. It was fascinating to learn that in some places there is little debate, for example on Israel.

I was sad to hear that in some countries denominational splits are so bad that the ultra-Orthodox and progressive parts of the community don’t talk or work together at all.

In presenting to my fellow participants the work of the Board, the various projects and initiatives we run and our democratic structure, I saw through the eyes of others how lucky we are in this country.

Out of 18 countries represented, the UK was one of only three to have a truly elected, representative and democratic communal organisation, bringing together the voices of synagogal bodies, charities and organisations.

Some individuals voiced despair at the lack of similar organisation in their countries while others complained of the almost hyper-organised structures which appeared to inhibit collaboration.

I was proud to describe, for example, our community’s emphasis on incubating new initiatives and start-ups, enabled largely by JHub (which works on furthering Jewish values through social change) and our outward facing projects, such as Mitzvah Day 365 and Holocaust Memorial Day. Passing round the Board’s 2015 General Election Jewish Manifesto, I felt a true sense of pride at how, as a community, we came together though an impressive consultation that resulted in a 45-page document on issues we all agreed mattered enough to take them to Parliament.

As the dust settles following the rally, during which far-right extremists wished ultimately to protest against our community’s very existence, I am conscious of how well this community works when we all come together.

The Golders Green Together campaign, a fantastic collaboration, spearheaded by the Board, the London Jewish Forum and HOPE not Hate, supported fully by the JLC and CST, couldn’t prove this more. I was sorry to leave the beautiful Kinneret, my 44 new friends and the impassioned debate and discussion but I have left with new tools and new ideas.

However, I also left with a renewed sense of pride and commitment to our community’s continued journey in maintaining and furthering our Jewish values, culture and freedoms.